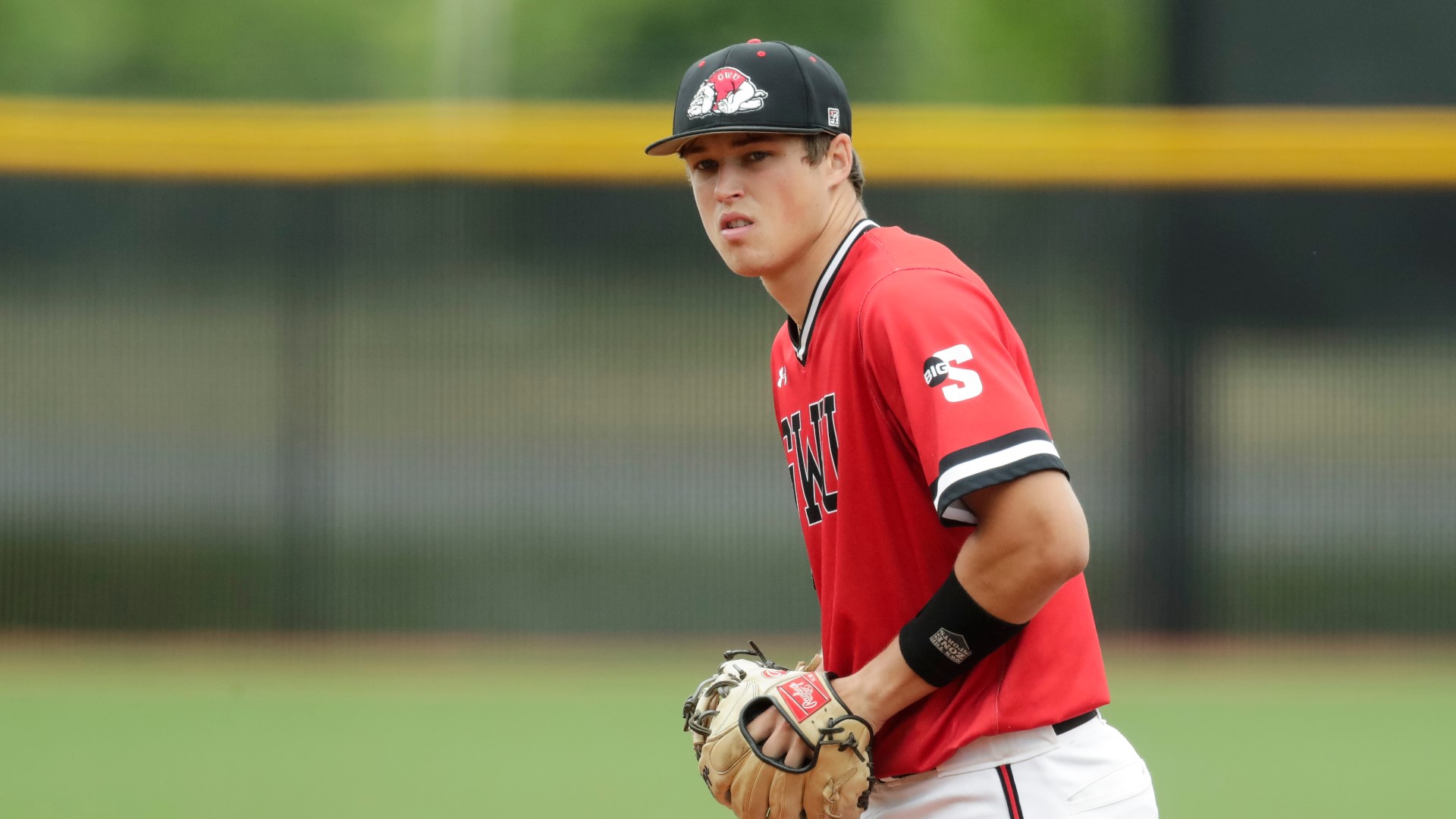 "There was anywhere from 10 to 20 scouts that would show up," Miller said.

Miller is a 6-foot-5, right-handed pitcher who boasts a slider, changeup and blazing fastball that touches the high 90s.

"And I've gotten better with the location with it," he said.

Miller leads the Big South Conference in strikeouts with 88 in 72 innings pitched.

He's also the toughest pitcher in the league for hitters to figure out, with opponents batting just .198 against him.

That's all pretty good for a guy in his first year of Division 1 ball. Miller is a graduate transfer from Division 3 Waynesburg in Pennsylvania.

"What I'm doing is just ramped up a little bit more," Miller said.

But Miller's journey to this point is unlike many others. And it includes an unexpected twist of fate.

In 2018  he submitted a drug test for an internship.

Doctors saw his blood sugar was at an alarming level and told him to immediately go to the hospital.

There he was diagnosed with Type 1 juvenile diabetes at 20 years old.

"I was wondering about a lot of things for sure," he said. "There's a lot of disappointment, regret, and a lot of asking why."

Miller adapted, and now monitors his blood sugar levels on his phone, and gives himself daily insulin injections.

The disease had nothing to do with his eating habits. It's a chronic condition caused by the body's lack of insulin production.

But Miller was forced to focus on nutrition. That meant way less ice cream.

Instead, more veggies and meats, while cutting down on carbs.

The result was a weight gain that had escaped Miller before his diagnosis. Now 200 pounds, Miller also saw a big boost to his fastball velocity.

And that would have been unlikely to happen without his diabetes diagnosis, new eating and work habits, and weight gain.

"That was the missing piece," he said. "I think there's definitely some credit due to my hard work, but that's the cornerstone of when it started. That's when I was able to see results."

Miller is expected to be selected in this summer's MLB Draft, some say in the top three rounds.

He will pitch Friday as the Runnin' Bulldogs (23-19) host UNC Asheville.