The U.S. National Whitewater Center has hosted the event ahead of four Olympic games. 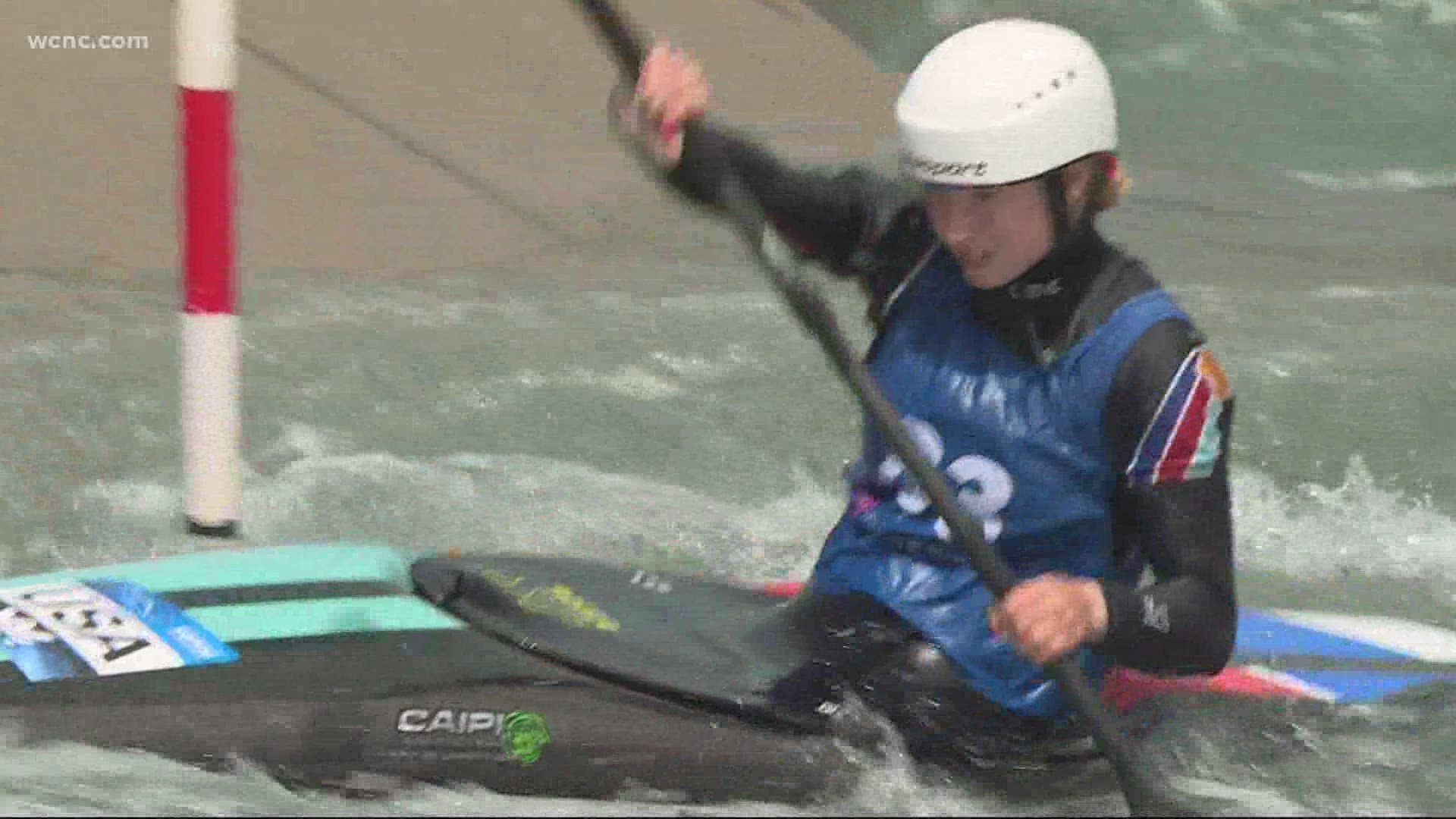 CHARLOTTE, N.C. — When watching the Opening Ceremonies to the 2021 Summer Olympic Games in Tokyo, you might see some U.S. athletes who had to traverse strong rapids in Charlotte to qualify.

The U.S. National Whitewater Center hosted the U.S. Olympic Trials for canoe, kayak and slalom for the fourth time.

Paddlers must navigate high-class rapids, and avoid touching gates or be penalized, and post the quickest times through the course.

"We try to explain it like downhill skiing where you go through gates," Zach Lokken said. "And there's certain gates you have to engage correctly."

The Whitewater Center's course is man-made, just like the one in Tokyo will be.

"It's very big, it's very powerful, it's very pushy," Casey Eichfeld said. "We're gaining a lot of knowledge from paddling on this water."

Both Eichfeld and Lokken, who live in the area and train at the Whitewater Center, must still do well enough at June's World Cup in Prague to make it to Tokyo.

But Bryson City's Evy Leibfarth, 17, won the women's trials, and will participate at the Olympics.