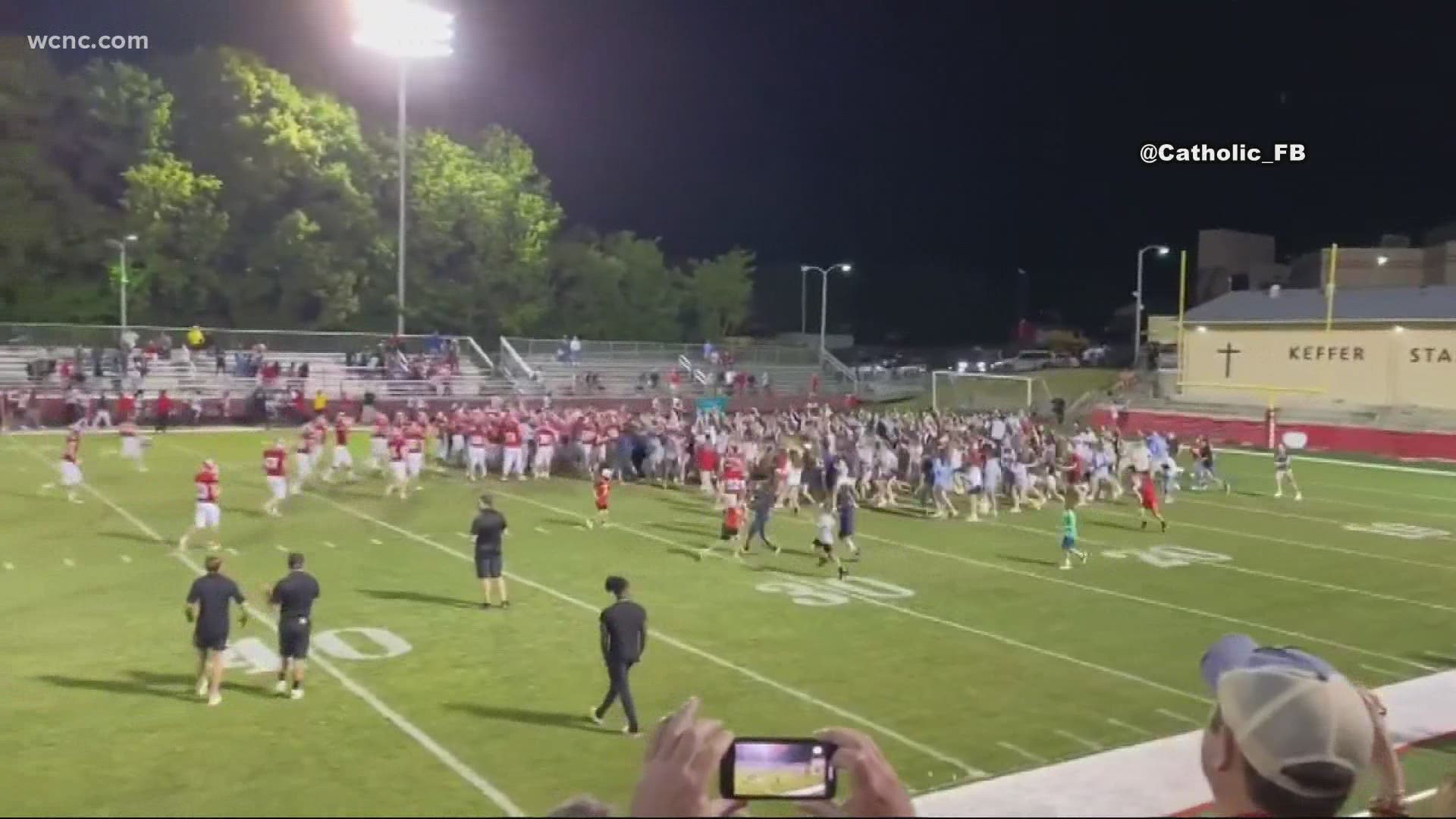 Vance will look to defend its 4AA state football championship after crushing Myers Park, 42-7 on Friday night in the Regional final.

The Cougars won the first state title in school history in 2019 and hope to repeat in the program's last year under the "Vance" name.

Vance will take on Rolesville in the championship on Saturday.

Mayhem!! Cougars will go the the 3AState Championship for the Fourth consecutive year!! pic.twitter.com/lSdtdbNWkM

Meanwhile, the Catholic Cougars will have a chance for a four-peat in the 3A state title game after beating Monroe, 24-14. Catholic will face Havelock on Friday.

Championship games will be held at either UNC or NC State. Final sites for classifications will be announced May 1.