Warriors get last-minute interception to seal victory in rivalry game 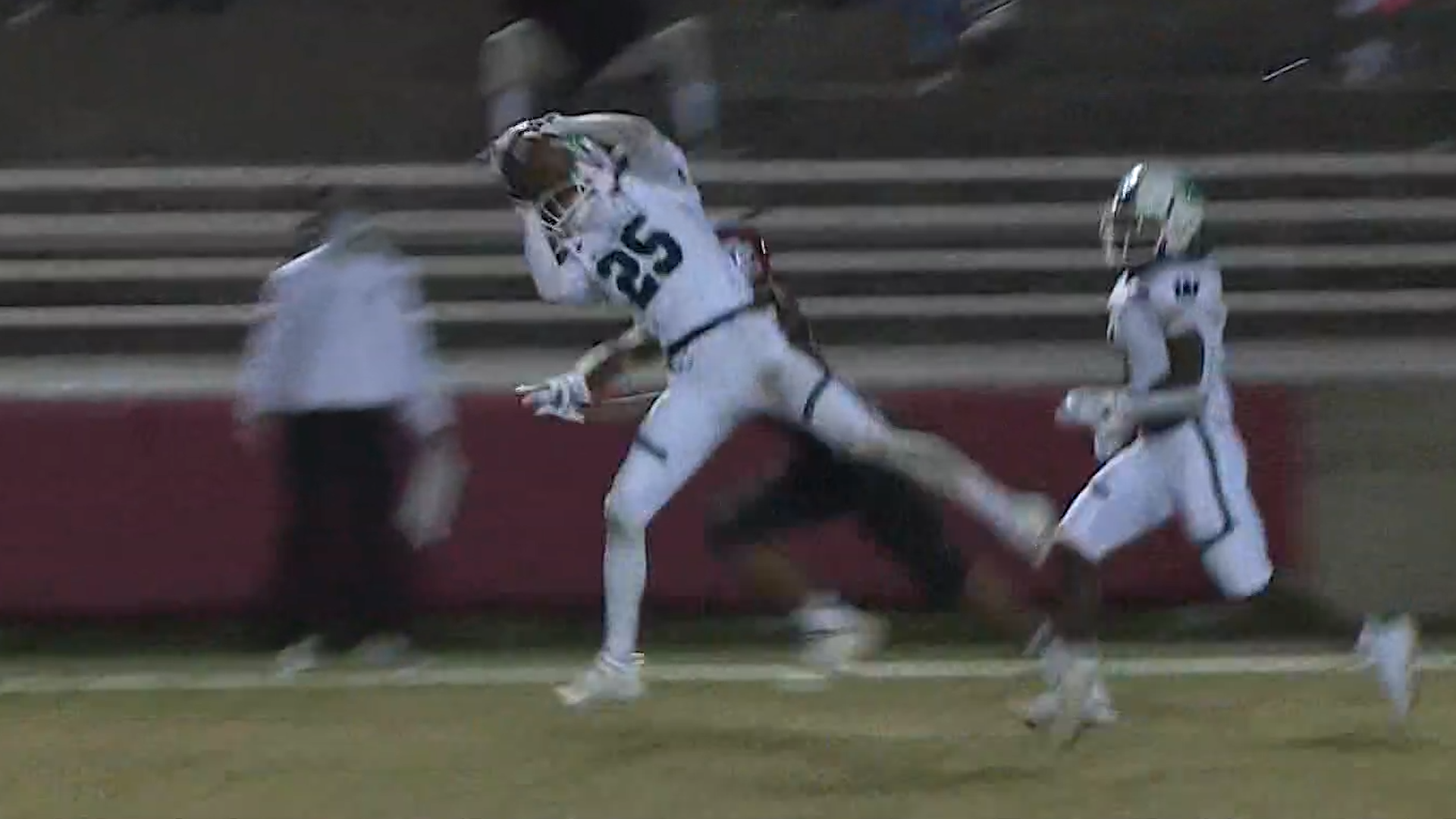 Scoring began late in the first half when Cougars kicker Frankie Flaherty booted a field goal to put Catholic up 3-0.

But with only 10.8 seconds remaining in the first half, Warriors QB Dante Casciola improvised and threw on the run to Brooks Johnson for a touchdown, and Weddington took a 7-3 lead.

The second half was a defensive back-and-forth, with each side scoring interceptions.

. @BigDubFootball with a Big W on the road at Catholic. No. 25 with the game-saving INT. See it tonight on @wcnc pic.twitter.com/yY0RsyB6GY

Catholic safety Kevin Dumser stalked down a sideline pass to give the Cougars a takeway.

But with time running out for Catholic in the final minutes, Makiya Evans made a leaping interception to seal the victory for Weddington.