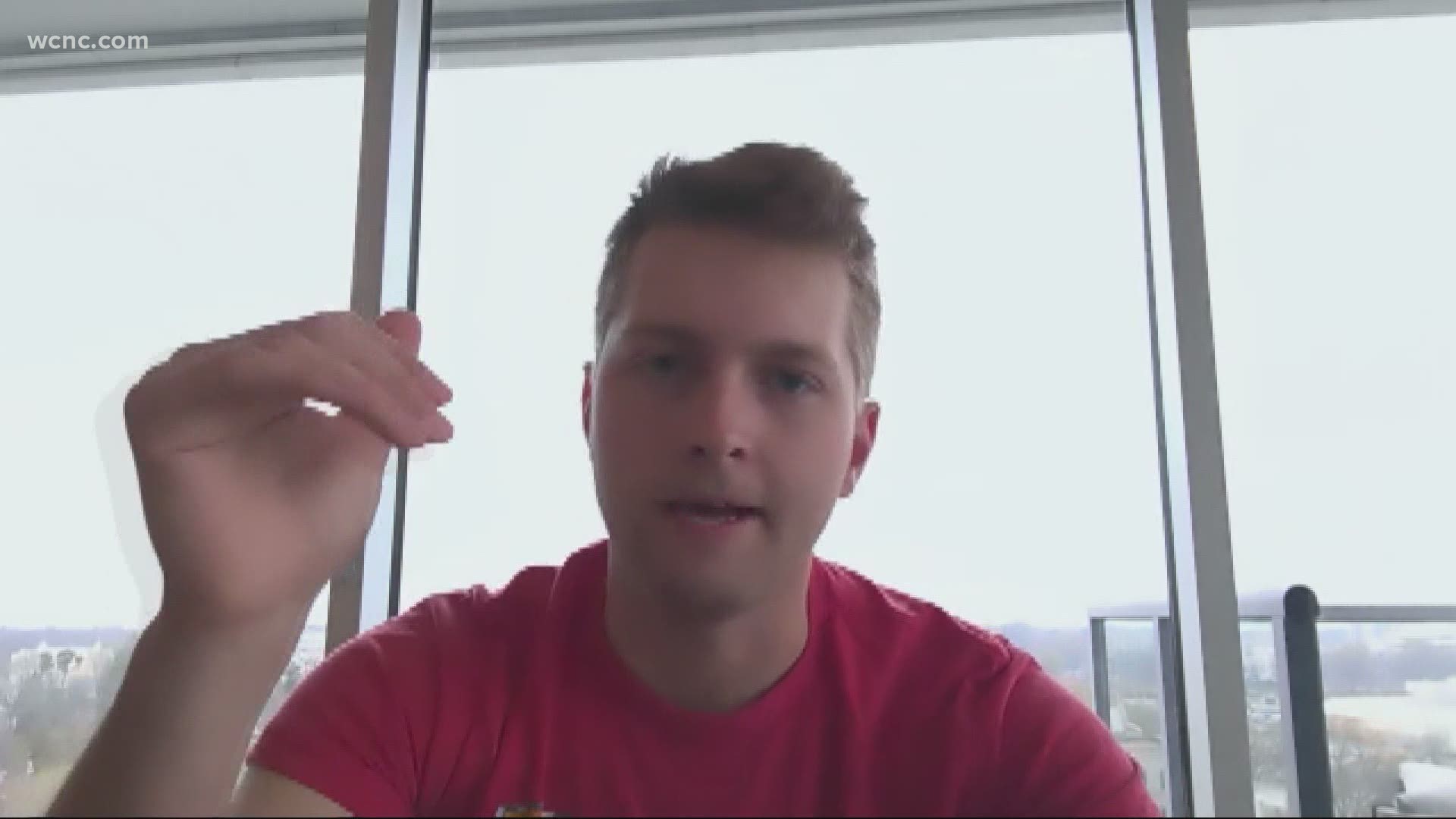 CHARLOTTE, N.C. — William Byron's early victory this NASCAR Cup season guaranteed his spot in the playoffs, and did something else.

"It's a big weight off our shoulders I think," the Charlotte native said.

Byron's win at Homestead-Miami in the third race of the season was the second of his Cup career.

The 23-year-old grabbed his first victory last summer at Daytona.

Now Byron, ninth in the series standings, is free to relax, but he'll still race hard.

Good day at Phoenix, 8th. Pit crew did a nice job yesterday and kept us in the top 10 all day. Got some things to improve for when we come back but we know how to 👍🏼. pic.twitter.com/xvbhHyJbQC

"It gives you a chance to be a little more aggressive on the racetrack and not worry so much about the consequences," he said.

Driving the No. 24 Chevrolet for Hendrick Motorsports has posted two eighth-place finishes since his win, coming at Phoenix and Las Vegas.

"Our goal is to climb that ladder," Byron said. "We're kind of on that upwards trajectory."

"If we can win another race here soon it would be awesome," he said. "It would allow us to make that next step."