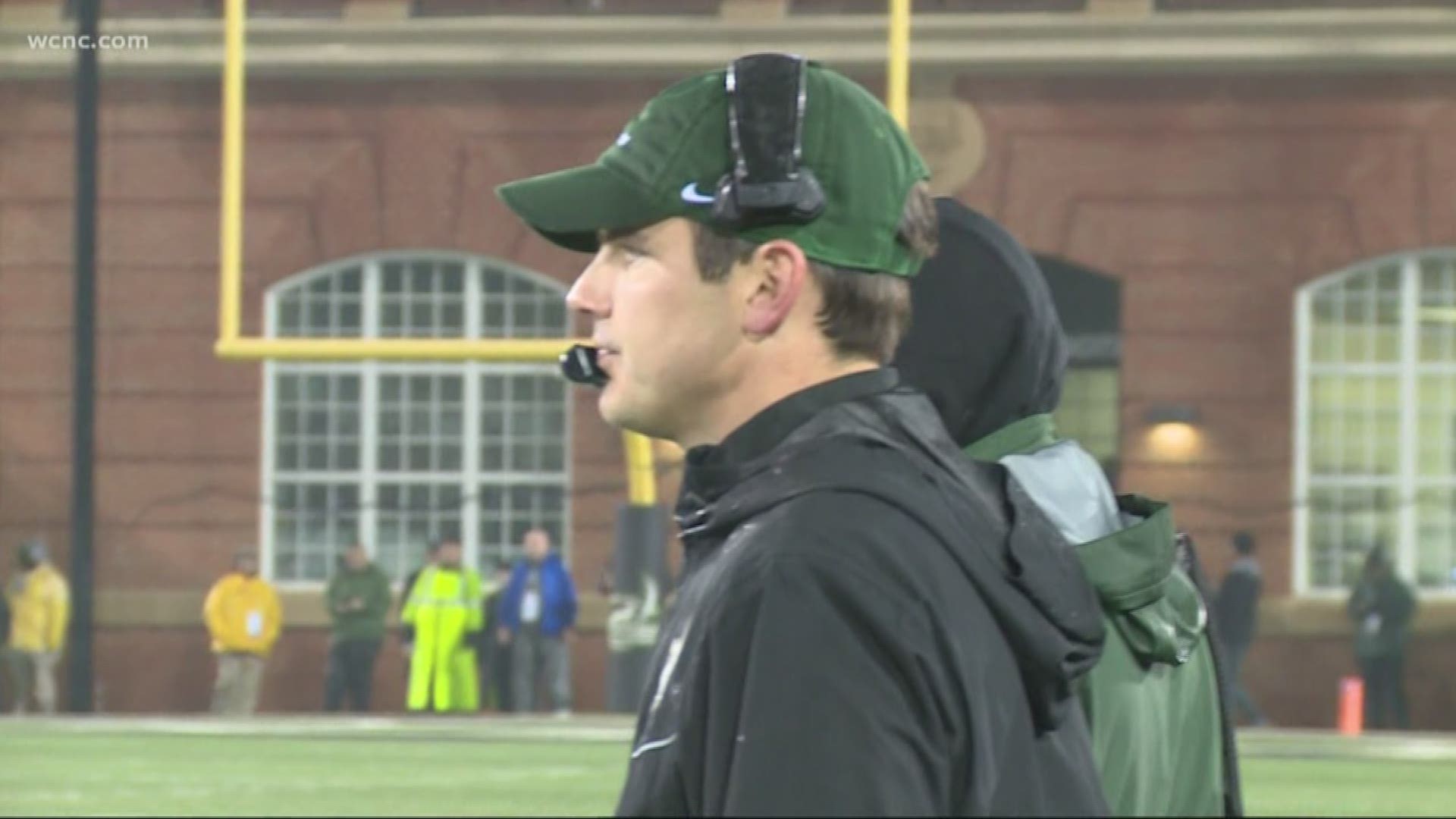 On Saturday night, the 49ers defeated Marshall 24-13 to earn their program-record sixth victory on the season, and to become bowl eligible for the first time.

"Really special night for our program," said Healy. "When the clock finally hit zero, there's some relief. There's definitely some excitement. A lot of fun to be with those fans on the field who have been so good to us all season long."

After the game, Healy turned the lockerroom in to "Club LIT" yet again. After several wins this season, the 49ers bring a DJ in to the postgame and let the players celebrate.

This time, Healy danced around with his shirt off, wearing a Norm The Niner mascot head.

"I felt like I had to do something different," he said. "That was a special win."

Now the 49ers look for their seventh win at Old Dominion next Saturday, then find out their bowl fate in a few weeks.

"Any of them that let us keep playing," he said. "I think there's a bunch of options, but just the fact that knowing we're going somewhere is really special."