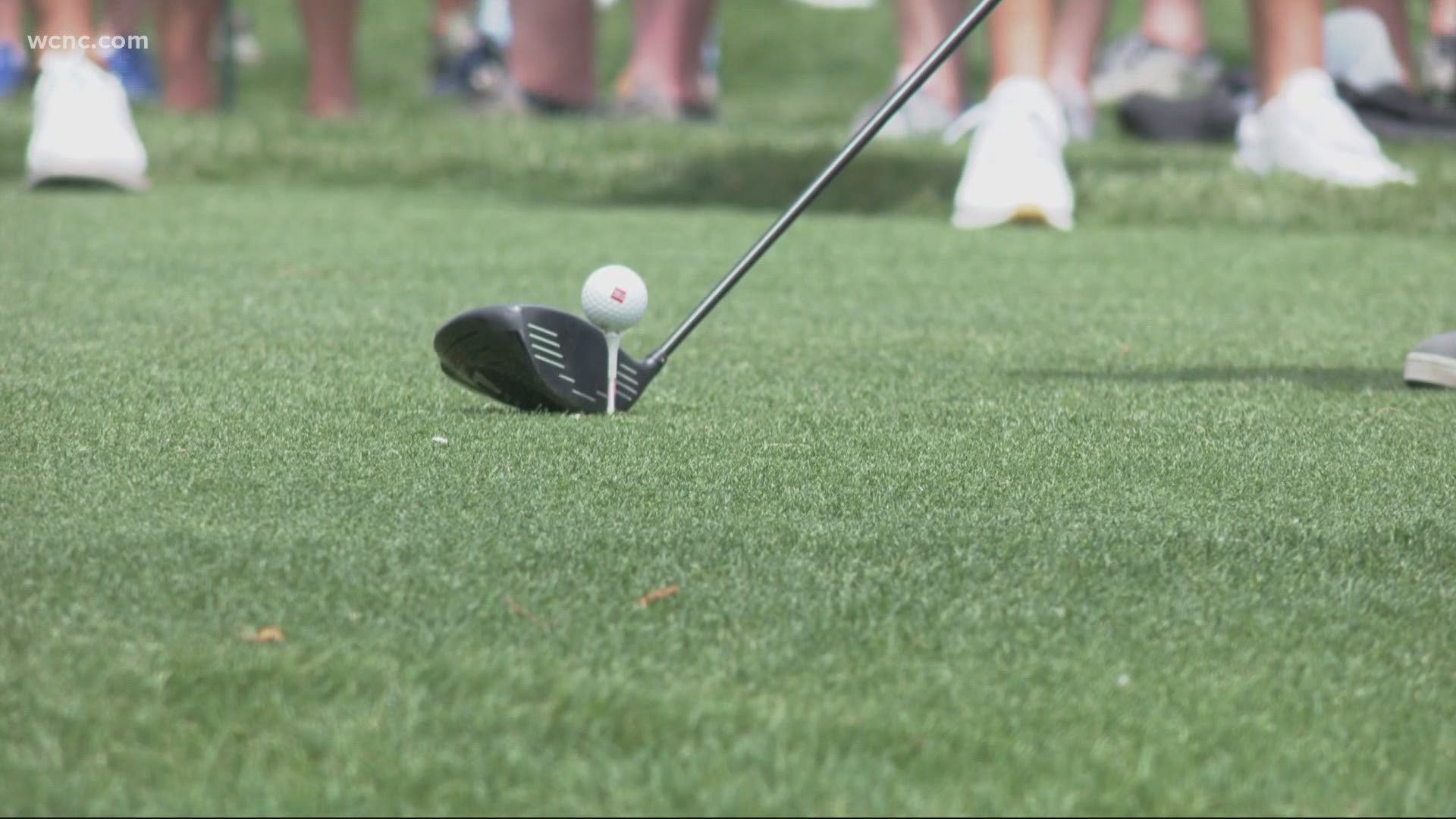 CHARLOTTE, N.C. — It turns out that playing football isn't the only thing that Christian McCaffrey makes look easy.

The Panthers All-Pro running back carried quite the crowd through Quail Hollow Club as he sent out some blistering drives through the first few holes in Wednesday's Pro-Am ahead of the Wells Fargo Championship.

Even when McCaffrey found the pine needles of the tree line, he punched out of there on to the green on No. 3.

All sorts of sports faces from the area played a round

But the day was all about recently-retired UNC basketball coach Roy Williams.

In fact, the day was dubbed, Roy Williams Day.

"I don't feel like I'm retired, Williams said. "Today was the seventh day I played golf (since retiring). So I haven't played nearly as much as I thought I was going to."

Despite the strong finish, Williams was critical of his game.

"I didn't hit it the way I'd like to but I'm gonna have plenty of opportunities now," he said. "I'm gonna get my knee fixed after golf season. So hopefully I have more good days down the road."

Speaking of more good days, those are on tap for the rest of the week with little rain in the forecast and cool temperatures.

And after two years, a fan, and player favorite course, is back on tour.

"I love competing here," Webb Simpson, a tour pro and member at the club said. "It's hard. It's a hard golf course. Super challenging all week."

The field is full of talent, with about one dozen major championship winners.

"It's always great to come back to Quail Hollow," McIlroy said. "So many great memories here."

Round 1 of the Wells Fargo Championship begins Thursday morning.