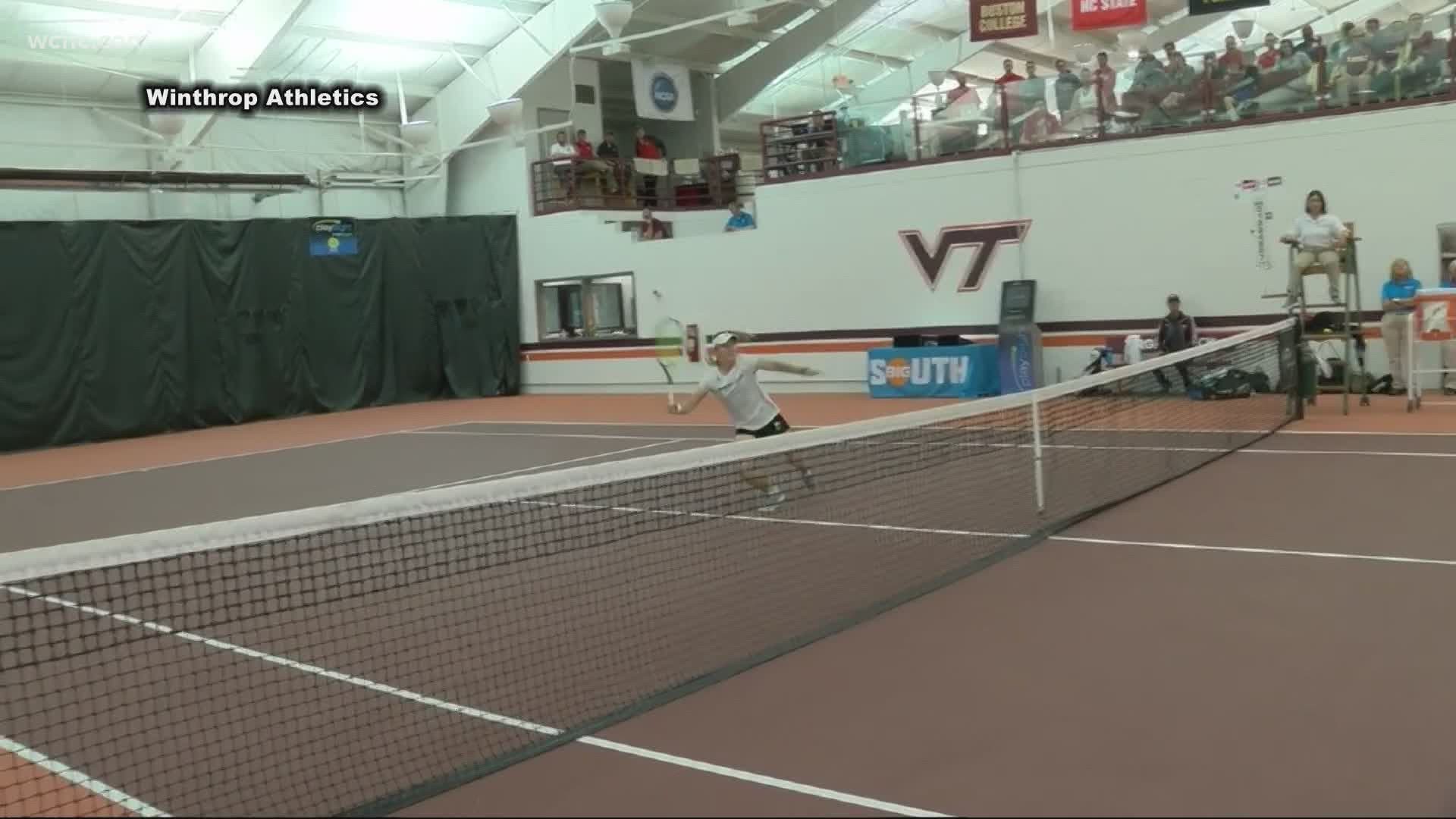 But the proud program -- like so many around the country during this pandemic -- was discontinued by the school last month.

The loss of the NCAA Tournament and its revnue sharing was also a major blow.

The university asked the athletics department to cut back for now -- and later.

"Last resort," said WU Deputy AD Hank Harrawood of cutting teams, "way out there or you don't even like to think about or talk about until it's absolutely necessary."

About 150 programs have been cut across the country, but the news was still shocking to WU tennis alumni.

"It was a complete surprise really," said Kerion Ball, Class of '97.

Ball and Almeida are part of a large group of alumni and supporters who almost immediately formed a task force called Save Winthrop Tennis.

They think they can get enough to run the program at no cost to the university for three years.

"Our goals our very realistic," said Almeida, "to where we can hand the program back where it doesn't cost anything."

One major cost of reinstating the program would be the much needed refurbishment of the Eagles home court.

The group says they found an estimate to do it for about $600,000 -- the University says a few years ago it got a quote for about $1 million.

"And that's the quote we've worked off of in terms of fixing the tennis courts," Harrawood said.

Ball says a new court could host events and be another ource of revenue.

"We all understand that COVID is making universities across the U.S. take some very difficult decisions," he said, "but we think there's enough support out there, to make this thing work."

Save Winthrop Tennis expects to get in front of the school's Board of Trustees in August to officially request reinstatement.