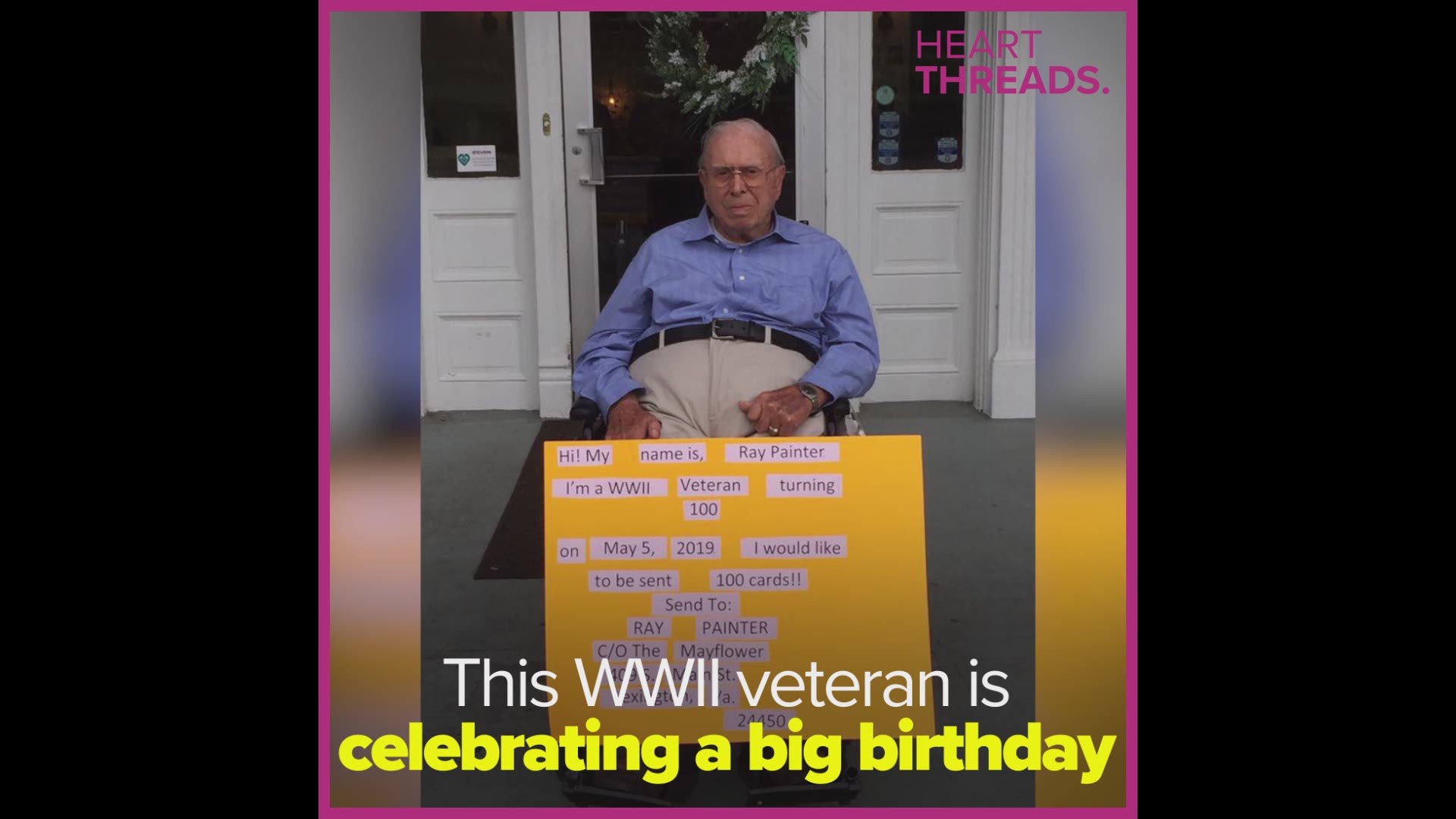 LEXINGTON, Va. — Walk into the Mayflower Retirement Home and there’s a good chance you’ll be greeted by Ray Painter and told one of his infamous dirty jokes.

His quick wit, charm and good looks may cast him as a much younger man, but Painter is about to celebrate a big birthday; On May 5, 2019 he will turn 100 years old.

Age has been kind to Painter and a little over a year ago he moved into his new home of The Mayflower.

Beloved by all, The Mayflower’s staff wanted to do something extra special for Painter’s birthday.

“Ray is special all together but he’s also a World War II veteran. There’s not many of those still around,” said The Mayflower’s Becky Tacy.

Painter has always loved receiving mail, especially cards. So, Tacy and the staff came up with the idea of asking others to write Painter a birthday card. They took to Facebook, asking for 100 cards for his 100th birthday.

Since posting, Painter has received 174 cards prior to the start of his birthday month. The cards have come from all over including California, New Hampshire, Ohio, Florida, Missouri, Pennsylvania, Michigan and more.

The cards are significant to Painter as well as the Mayflower staff.

If you’d like to mail a card to Painter in honor of his 100th birthday, the address is:

Since this story published, Painter has received well over 100 cards. He now hopes to receive over a thousand.