A little girl is gaining confidence from a dancer who shares the same rare birth defect. 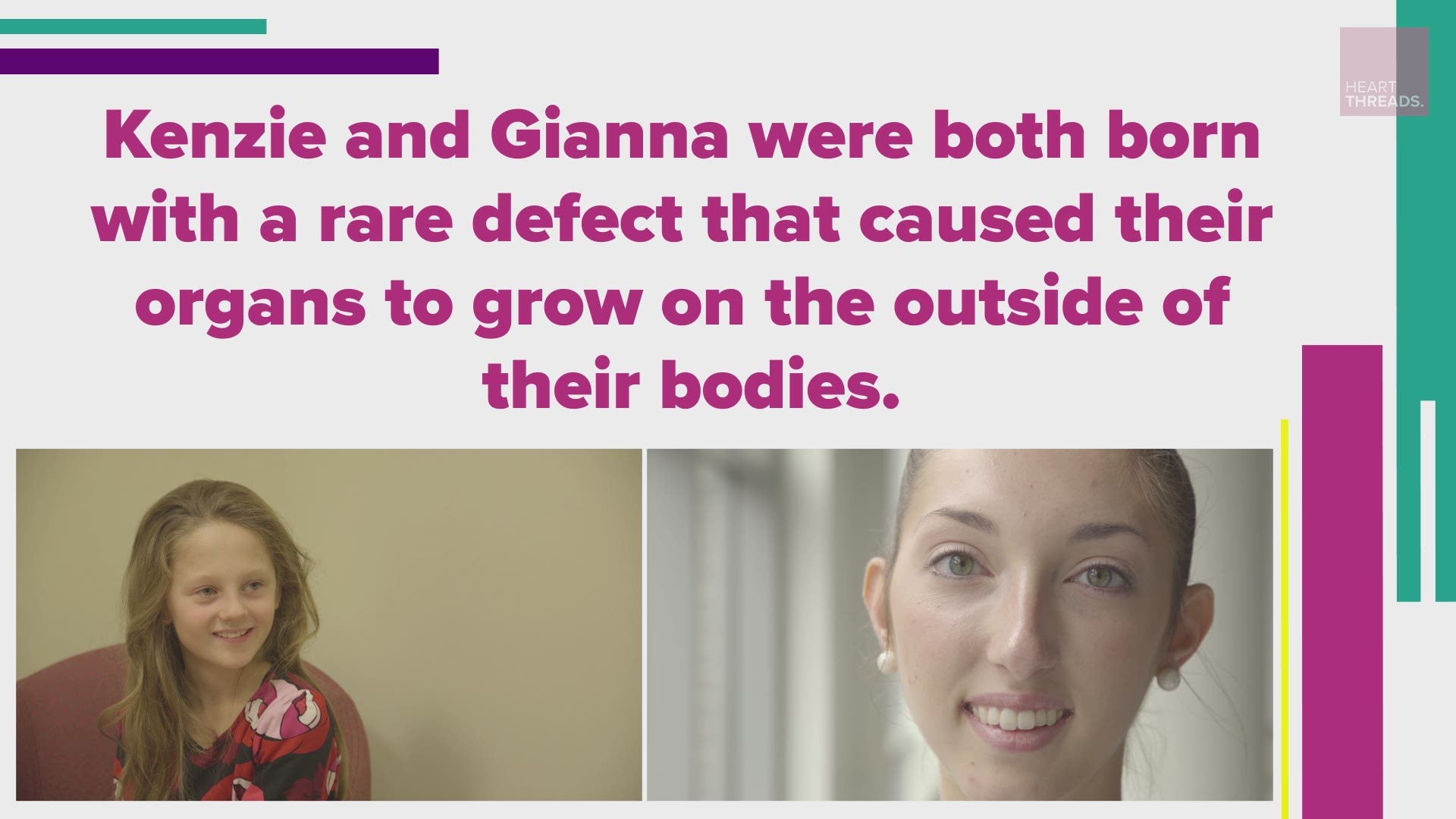 WASHINGTON, D.C., USA — A group of ballet dancers huddle together, peeking into a crowded room through a slightly cracked door. Compared to the rowdy audience awaiting their performance, the dancers are eerily silent. The only noise comes from the material of the detailed gowns’ swaying as they adjust their footing in anticipation.

Suddenly, they spring into action and make their way center stage.

This fall showcase is one of the many performances these Washington Ballet students participate in. But to dancer Gianna Forte, this performance is special. It’s her first time back onstage after fighting for her life.

Twenty years ago, Gianna was born with an omphalocele. The condition causes a child's abdominal organs to grow on the outside of their body while in the womb. After birth, Gianna was rushed into emergency surgery, and her organs were placed within her.

Since then, she has lived a normal life – even using her body more than most as she pursued a career in ballet. But the passion that kept her going eventually led to her demise.

In March of 2018, Gianna tore a labrum in her hip. What is seen as a typical injury for dancers quickly turned into what doctors called “the perfect storm.”

Doctors guessed the hip surgery and anesthesia irritated Gianna’s organs, causing them to twist. In addition to malrotation, Gianna began to suffer from pneumonia and sepsis, a dangerous infection to the blood that can be fatal. Over the course of nine days, Gianna underwent five major surgeries. Doctors and family members were worried for her life.

But true to her hospital-given nickname, “The Beast,” Gianna’s strength never wavered. Ballet taught her how to push herself to be stronger and motivated her to return to the stage.

On November 2, 2018, Gianna returned. But the showcase wasn't only special for Gianna.

As Gianna twirled across the stage, 9-year-old Kenzie Glasgow watched in awe from the front row. Like Gianna, Kenzie was born with an omphalocele. While the two don’t remember their rare defect, they are reminded of it daily by their abdominal scars and missing belly buttons.

“I thought it was really cool she had an omphalocele too, and now she’s a really, really awesome ballerina,” said Kenzie.

While Kenzie’s passion for life has never been dimmed by her difference, when she caught wind of Gianna's story, she was thrilled. Kenzie's mother, Brooke, was equally excited. She saw Gianna as a powerful role model who had the same condition.

They were also both given great nicknames by doctors -- Kenzie was "The Feisty One."

"I want [Kenzie] to always be proud and rock it, and she is going to see how you do that," said Brooke.

They contacted Gianna and her mother, Jodi, and arranged to meet before the showcase.

“I’m excited that I’m back, and I can show you that you can do anything,” Gianna said to Kenzie upon meeting.

But the meeting wasn’t only special to Gianna and Kenzie, it was particularly moving to their mothers.

Gianna’s mother and father were terrified when they learned six months into the pregnancy of the omphalocele. Without the internet, they struggled to find others who were going through the same situation.

“We didn’t ever have a connection with anyone who had this,” said Jodi. “Just to know that we were able to change someone’s life for the better is a really good feeling.”

They regard their meeting as huge and hope to continue to help other families impacted by omphaloceles while continuing to build their and their daughter’s relationship.