This officer went above and beyond the call of duty when she donated part of her liver to a stranger, then hit the streets to raise money for his medical bills.

BROOMFIELD, Colo. — Officer Carolyn Becker has a special connection to a boy she's never met before.

She knows his first name and age, but not much else.

Though they are strangers, Officer Becker shares something very personal with her young friend-- part of her own body. In 2018, she donated a portion of her liver to help save his life.

Becker became an organ donor in a roundabout way. She first became interested when a girl in her community needed a kidney. Becker registered online to see if she could help, but found she wouldn't be a suitable donor.

But she still wanted to help another person in need of an organ.

A parent of two, she couldn't imagine what it would be like to wait for an organ for one of her children. Serving others is also an important part of her line of work as a police officer.

"I became a police officer as an avenue to help people," Becker said.

So she decided to register for liver donation. After some testing, doctors found she would be a suitable candidate and paired her with a boy with a rare genetic condition.

On Aug. 6 2018, the two underwent surgeries at different hospitals in Colorado. Becker was sedated for five hours while surgeons removed the left lobe of her liver.

Credit: 'More Than a Liver' GoFundMe

One year later, her liver has regenerated to 94 percent of its previous state and she hasn't experienced any complications from the procedure, she said.

Since the surgery, she's been in touch with the boy via letters.

"Thank you so much for my new chance at life. I never could imagine this happening," he wrote. He also sent her a photo.

Credit: 'More Than a Liver' GoFundMe
A letter from Carolyn Becker's recipient.

But even after donating, Officer Becker still wanted to do more for the boy and his family. She learned his parents were dealing with more than $20,000 of medical debt from procedures over the years, including care for the transplant itself. An online fundraiser set up by the family had only raised a couple thousand dollars.

So she took to the streets with a sign.

RELATED: From strangers to family, organ donor meets the woman he helped save

"I donated my left liver lobe to an 11-year-old stranger. Help me raise $20K for his transplant bill," her handmade poster said.

Credit: Carolyn Becker
Officer Becker held a sign that said 'I donated my left liver lobe to an 11 year old stranger. Help me raise $20K for his transplant bill.'

Drivers stopped to ask her more and gave donations, she said.

She also set up an online GoFundMe fundraiser, which has reached nearly $9,500.

She hopes to one day meet her recipient in person.

"He deserves nothing else but to be happy and healthy," she said.

You can donate to Officer Becker's fundraiser here. If you would like to register to become an organ donor, click here. 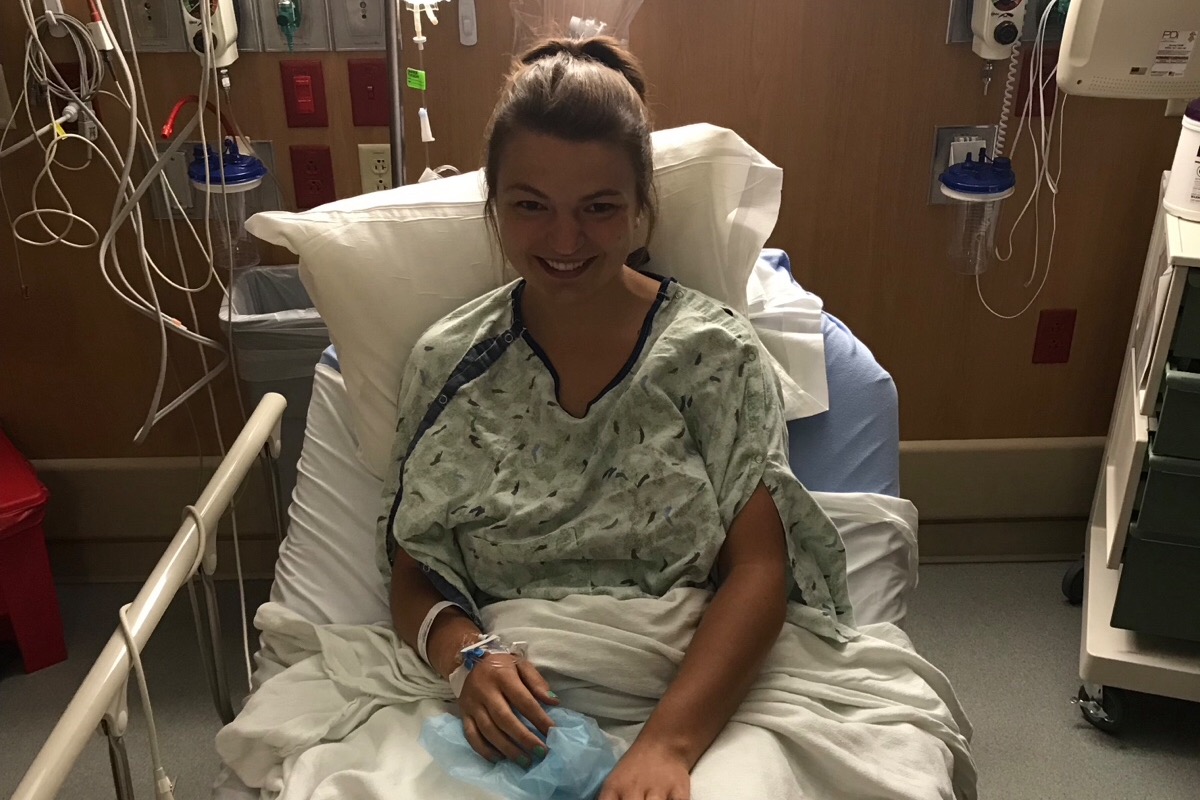 Click here to support More Than a Liver organized by Karo Maro
I donated part of my liver to an 11 year old stranger. His family has $20,000+ in medical bills. Help me help them more!My story: In August 2018 I signed up to donate to a stranger through UCHealth, Colorado. I was found to be a perfect match for an 11 year old boy who's liver was failing.

HeartThreads are the best stories about the best of us. Want more? Follow us.