Charlie Duke served as the spacecraft communicator from Mission Control in Houston at the request of Neil Armstrong. 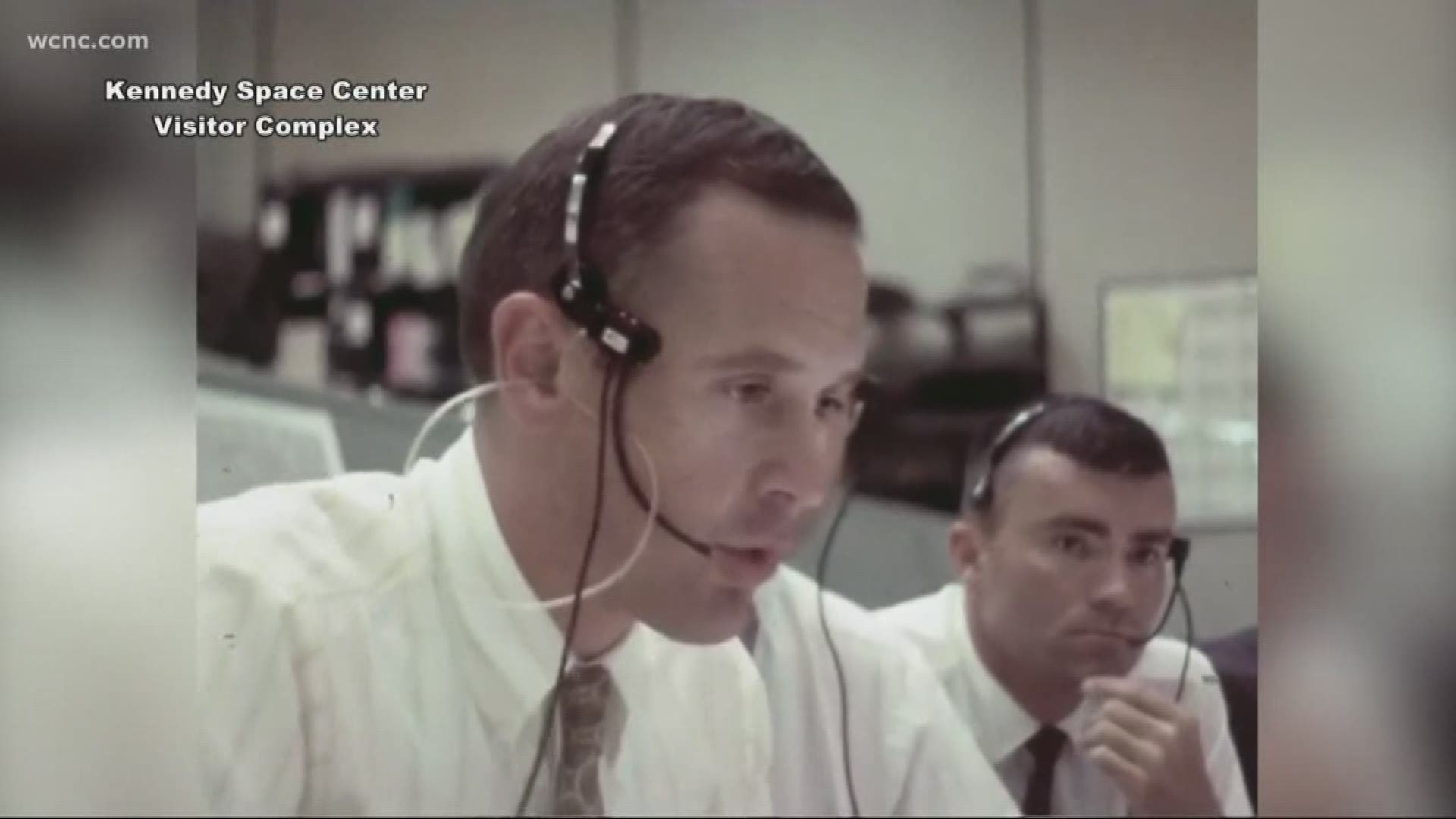 LANCASTER, S.C. — Charlie Duke's name is etched in the history books forever. In 1969, Duke put Lancaster on the map during the lunar module's descent. Duke's voice was broadcast for the world to hear.

Born in Charlotte and raised in Lancaster, Duke graduated from the U.S. Naval Academy in 1957 and joined the Air Force as a test pilot. By 1966 Duke was selected to be a NASA astronaut.

"I was privileged to be the CAPCOM for Apollo 11 during the first lunar landing," Duke previously said in an interview provided by the Kennedy Space Center.

Duke served as the spacecraft communicator from Mission Control in Houston at the request of Neil Armstrong.

With 600 million people watching at home on TV and the crew experiencing a fuel problem, the mission was just seconds from an abort.

Flustered by the landing problems, Duke could barely get the words out in response.

"'Roger twang,'" he remembers saying. "And I knew that wasn't right. So I corrected it mid-word. 'Twang, I mean, tranquility we copy you on the ground. We got a bunch of guys that are about to turn blue. We're breathing again.'"

Duke went on to become one of only 12 men to ever walk on the moon. Hundreds of people from Lancaster drove to Cape Canaveral in 1972 for the moonshot, including then 9-year-old, now state senator, Greg Gregory.

"Took a lot of pride in Charlie Duke being from Lancaster, and one of just a handful of people to walk on the moon," Gregory previously said in an interview.

Today, Charlie Duke is 83 years old and lives in Texas with his wife Dorothy. Still to this day, one of the most famous people to ever come out of the town of Lancaster.