Greta Thunberg leads Charlotte rally to save the planet

The crowd outside the government center interrupted the 16-year-old climate activist several times with applause as she said humanity is now at a crossroads. 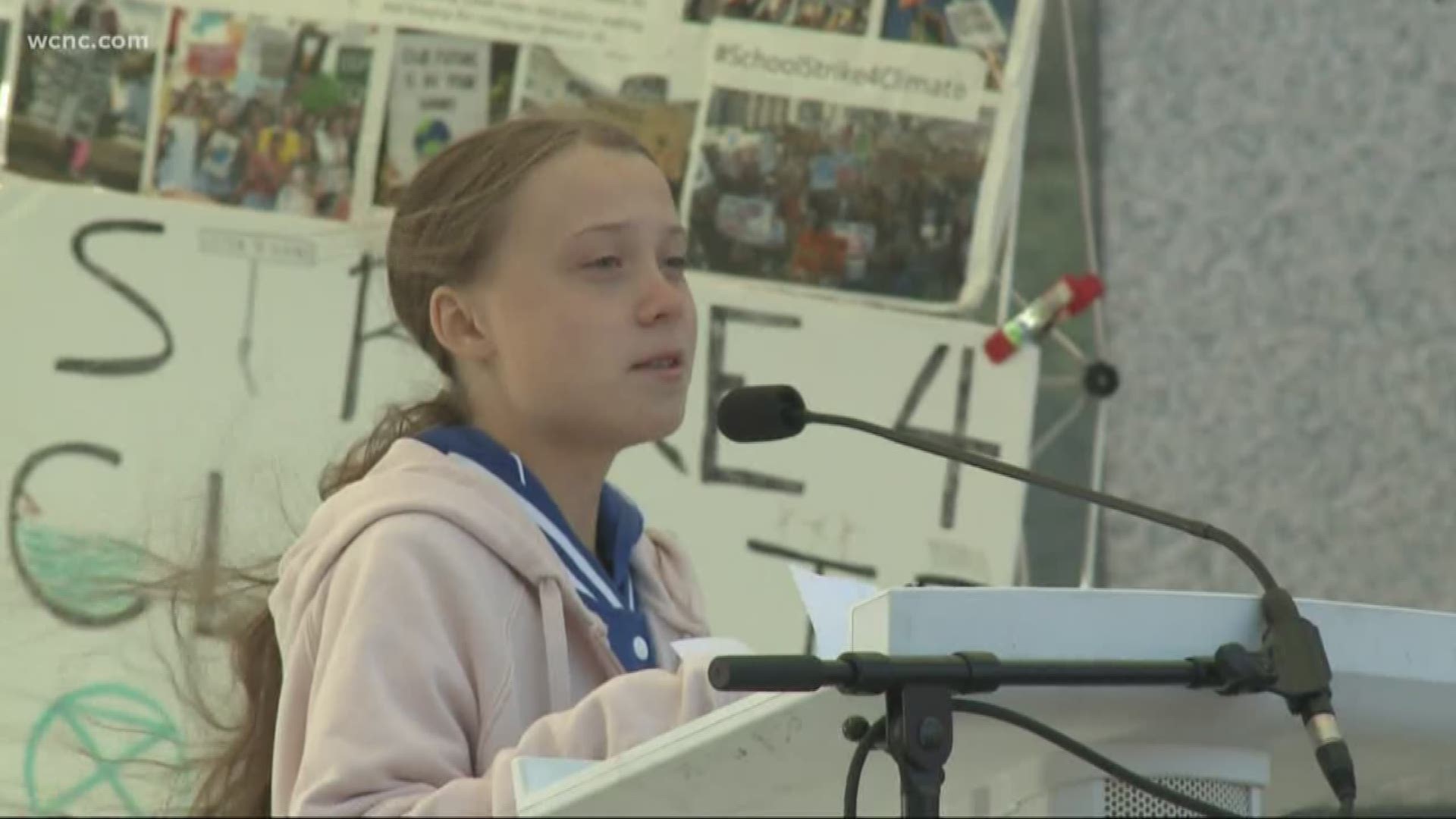 The event was attended by hundreds of students who skipped class to take part in a call to save the planet.

“It is people who are now our greatest source of hope,” Thunberg told the crowd that filled the patio outside the government center.

The crowd interrupted her several times with applause as she said humanity is now at a crossroads.

“When we look back at this crucial time, we want to be able to say that we did everything we possibly could to push the world in the right direction,” she said.

Students who skipped classes to come to the rally said Charlotte needs to be a leader in taking action to save the planet.

“Charlotte needs to listen to its youth, and not just listen but it needs to act on what we are saying,” student Ollie Ritchie said.

Thunberg said the climate crisis is not coming; it's here now.

“There is no time to wait for us to grow up and become the ones in charge because we need to stop the climate change and ecological emergency right now,” she said.

Students said they will continue to stage weekly climate strikes each Friday outside the government center.