Trips to space could become common for regular folks but it's still limited to the ultra-wealthy, with tickets ranging from $55,000 to $55 million. 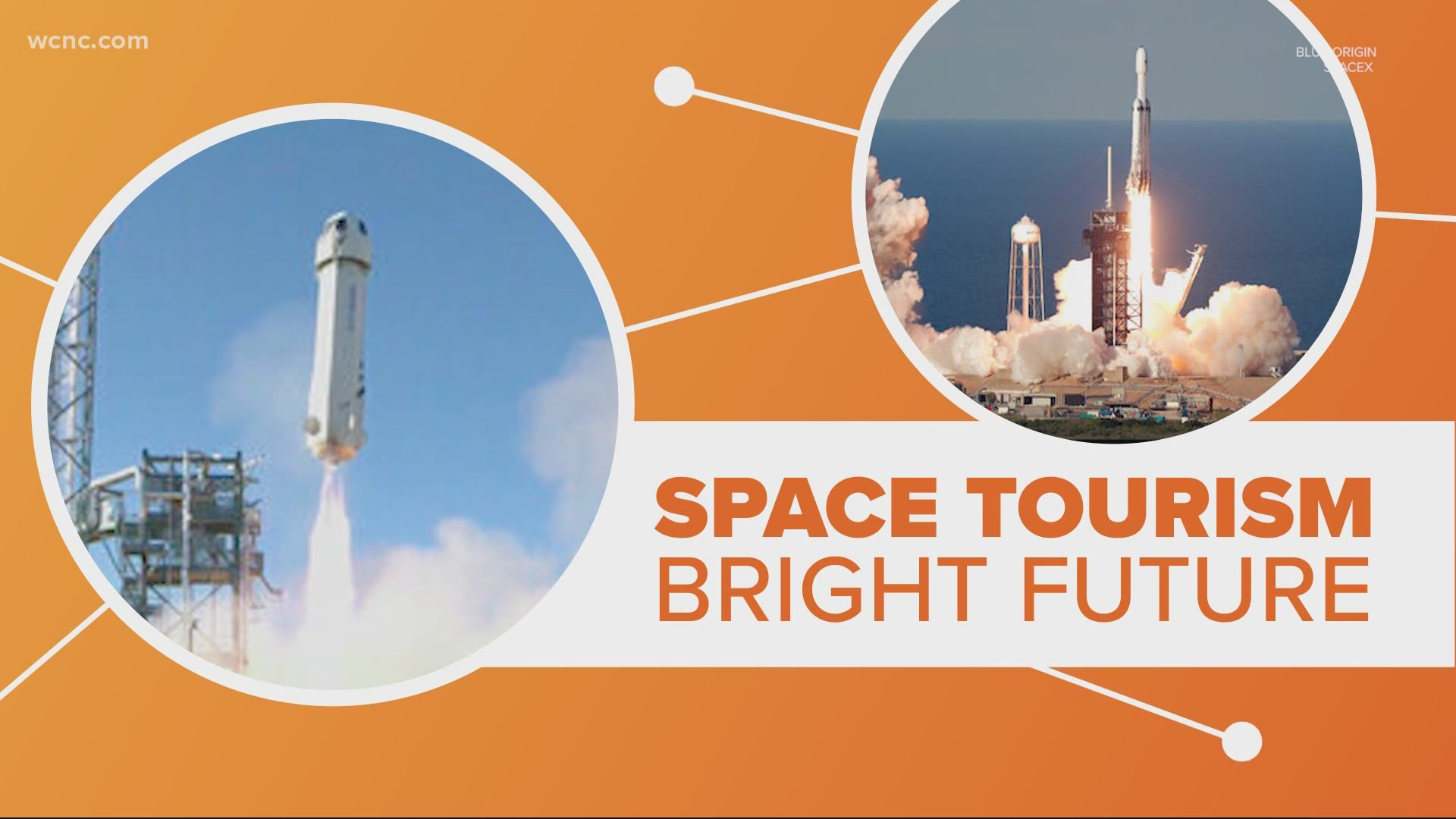 CHARLOTTE, N.C. — This week, we learned that Amazon founder Jeff Bezos is going to space, and pretty soon, he won't be alone.

Sending regular folks into space will likely start happening a lot more often than you think and space tourism could finally be launching into reality.

It all started in 2001 when wealthy businessman Dennis Tito paid $20 million for a seat on a Russian spacecraft. It was a pricey ticket for a short trip.

Since then, only seven people have paid their way into space.

According to multiple reports, NASA has always been hesitant to allow tourists on board. It was really only the Russians doing it because they were looking to cover the costs of their space program.

But now, with the rise of private space companies, options for tourists looking to fly into space are popping up left and right.

RELATED: As private spaceflights launch, who gets to be called an astronaut?

For example, Bezos and his brother are planning a flight with Blue Origin in July. They'll be joined by the winner of an online auction. In September, SpaceX is doing something similar.

But keep in mind that right now, these excursions are only for the extremely wealthy. Tickets range from $55,000 to $55 million, keeping the starts out of reach for most of us.