After not finding quite what she was looking for, Abi Olukeye saw an opportunity to provide parents with better resources than what she was finding online. 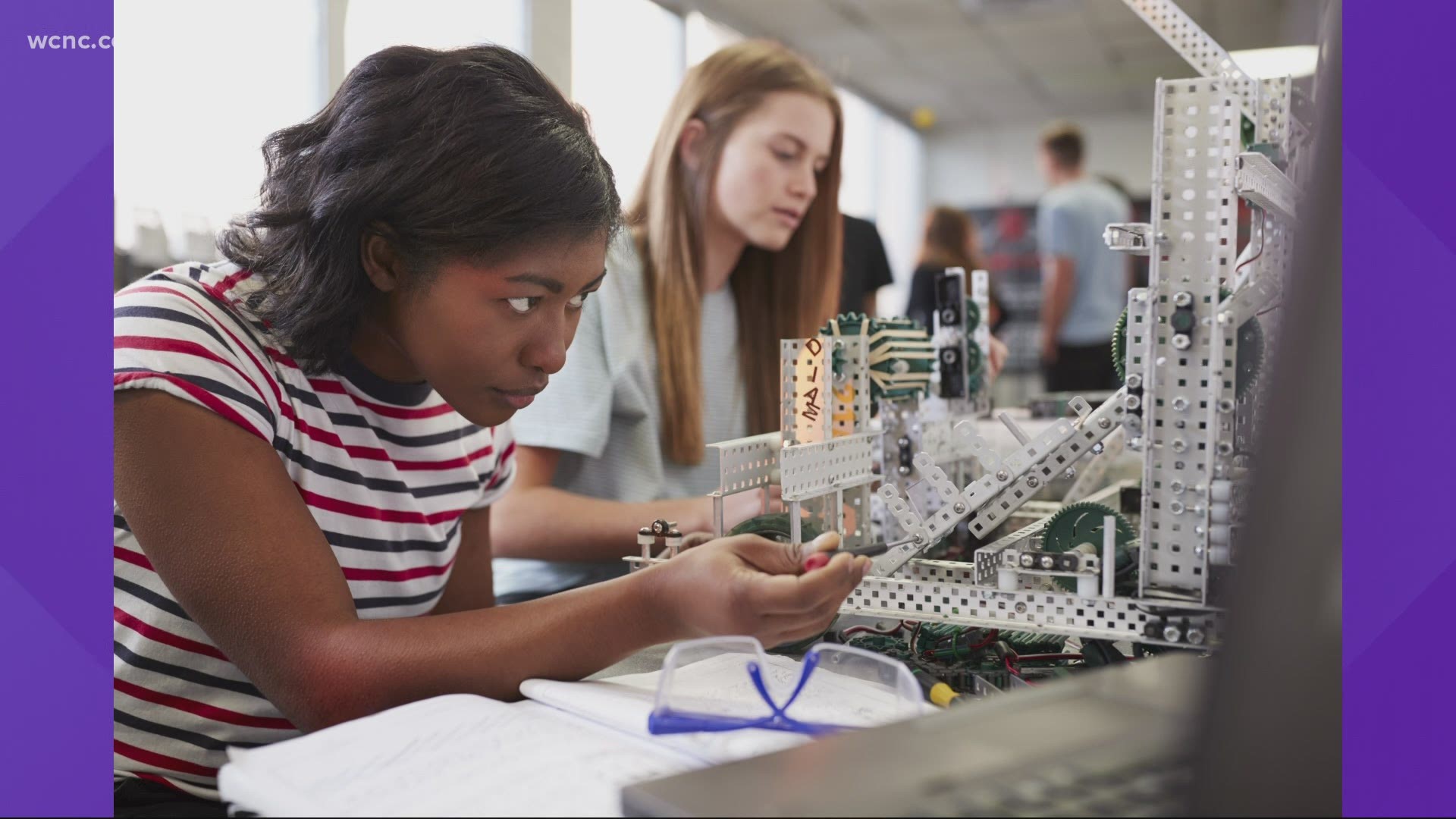 CHARLOTTE, N.C. — We’ve all heard of STEM – science, technology, engineering, and math. STEM is a thriving field, but it’s also one that lacks diversity. One Charlotte woman is trying to change that.

Abi Olukeye’s journey into the STEM industry started at a young age, shortly after she emigrated to the United States from Nigeria.

“My real true connection to STEM started in high school where I just started noticing how creative technology was, and that’s not [a] usual thing to think about technology,” Olukeye said.

Olukeye went on to study computer science in college and had a successful career in STEM, but early on she noticed the lack of diversity. But when she became a mom, that became even more apparent.

“I have two girls, by the end of this year they will be 9 and 6," she said. "They started to help me see this again through their eyes. Right about age 3 and 4 for both of them, distinctly, they started seeing gender differences. They would come home and say things like, 'That’s a boy thing. I don’t want that, that’s a boy thing.'"

These were messages her daughters weren't getting at home, so she had to do something about it.

“So, I started feeling like alright, I need to take some time and do some research, we can go to things on the weekend, maybe get some toys," Olukeye said. "I just wanted to make sure they had a broad exposure to what’s available to them."

So she started looking.

But after not finding quite what she was looking for, Olukeye saw this as an opportunity to provide parents with better resources than what she was finding online.

Two years ago, she took a leap of faith and started a newsletter called Raising Smart Girls, which later grew into an entire platform reaching more than 30,000 parents whose daughters range in age from 3 to 12.

She recently launched the first of many Dear Smart Girl STEM kits, with a grant provided by VELA Education Fund, to give girls a fun, hands-on STEM experience

“This kit offers an activity that allows them to build a circuit and they get to light up a headband," Olukeye said. "What’s really cool about that for girls is most boys don’t wear headbands, so 1. we designed it for you, and 2. they get to learn electrical engineering concepts that starts from something that is familiar."

And with more kits to come, the Smart Girls HQ CEO said she wants girls to have a fun, relatable resource that will expose them to other careers in STEM. She also wants them to know that they are smart.

For more information on the Dear Smart Girl kits and other resources, visit her website, raisingsmartgirls.com.