NBC Charlotte was on scene as crews pulled the ATV out from under the front of the train on Camden Rd. 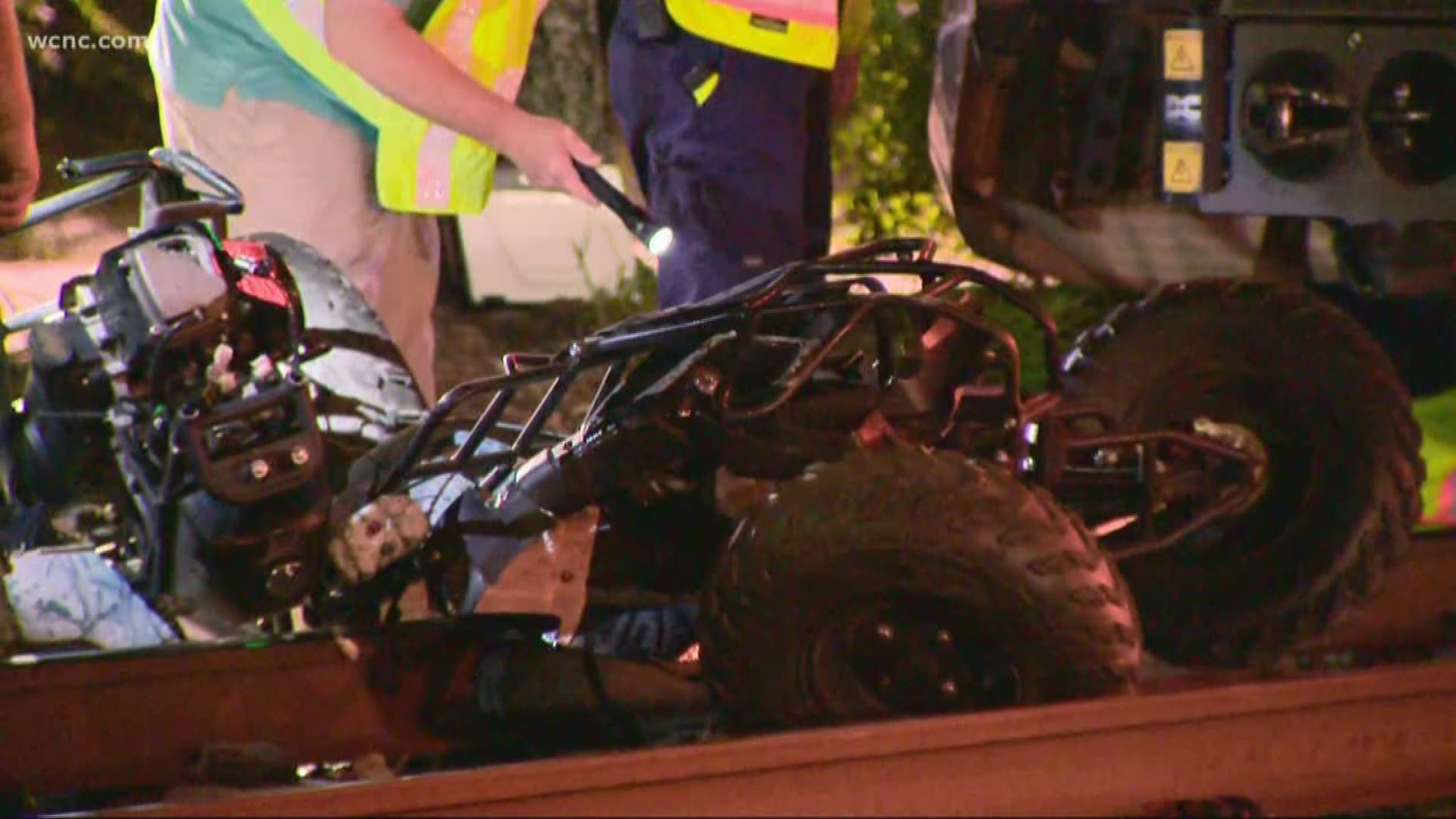 CHARLOTTE, N.C. — One person was rushed to the hospital Monday night after being hit by a train while riding an ATV on the light rail in South End.

It happened around 9:30 p.m. on Camden Rd. near the East/West Blvd. intersection. Police said the ATV was on the tracks when it was struck by the train.

"Sadly, we took care of one patient with life-threatening injuries. Please be safe while driving," Mecklenburg EMS tweeted.

Police say the driver went around a stopped car and tried to bypass the lights and gates before crossing into the path of the train.

CATS also tweeted about the accident.

"LYNX Blue Line service is modified at this time due to a train making contact with a private passenger vehicle near East/West Station. Bus bridge between Carson & New Bern stations. Expect delays,"

NBC Charlotte was on scene as crews pulled the ATV out from under the front of the train.

The rider was taken to Atrium Health. There was no immediate word on the patient's condition.