Trooper Boozer with NC Highway Patrol said "It was almost like she had a death wish." 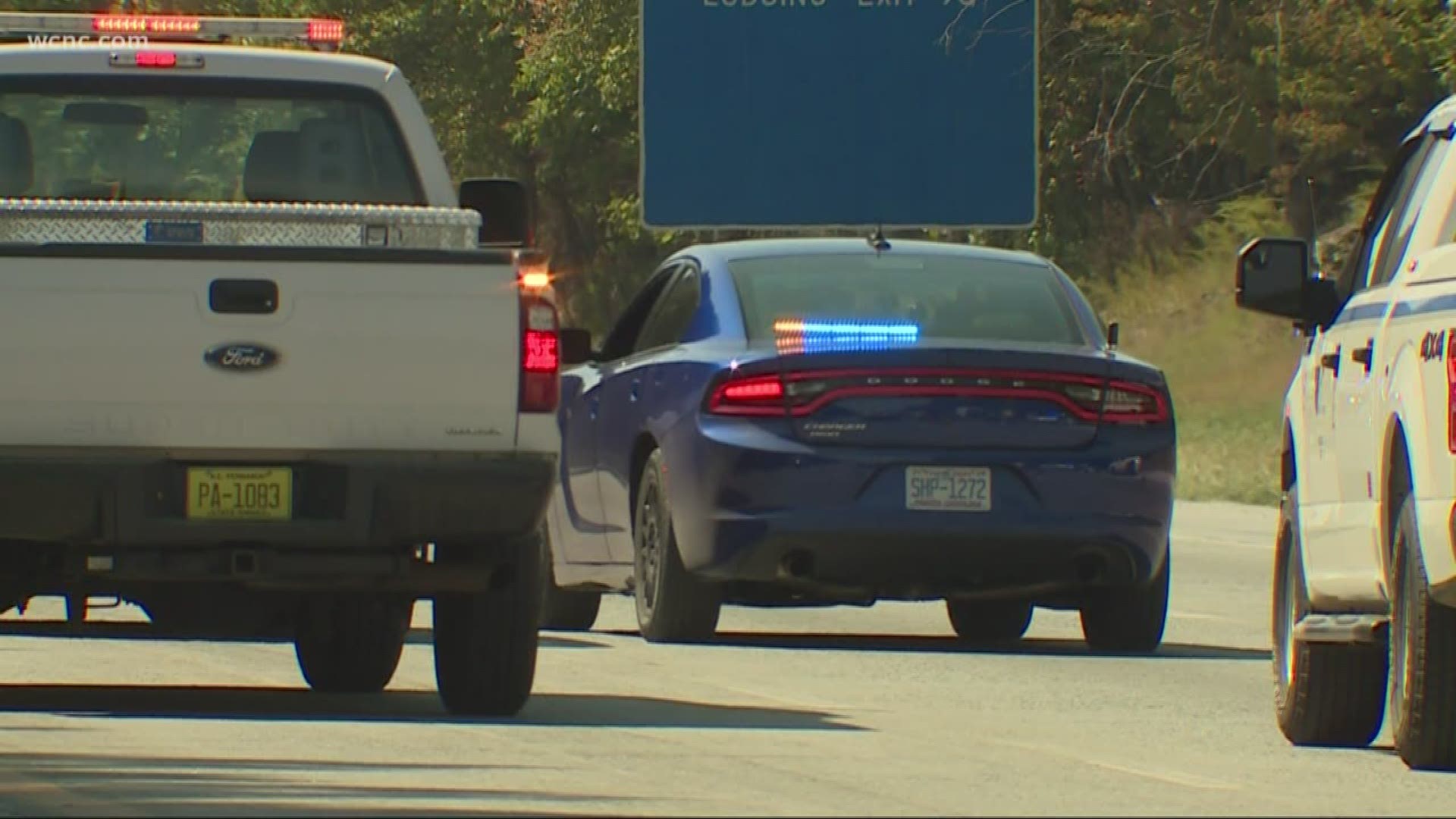 DAVIDSON COUNTY, N.C. — A woman who drove the wrong way on Interstate 85 for miles sent others driver swerving off the highway, before she crashed head-on into an SUV and died. Troopers say Demetria Shintel Neely, 28, of Salisbury died in a wrong-way crash on I-85 South in Davidson County.

The crash happened around 10 a.m. Thursday. It shut down all southbound lanes near the 102 exit.  Witnesses tell WFMY News 2 the driver was traveling approximately 85-90 miles per hour and was not swerving.

Trooper Boozer with NC Highway Patrol says Neely was driving a Nissan Altima and got on I-85 somewhere near the Davidson-Rowan County line going north on the southbound side.

Boozer said vehicles "parted the sea" to avoid being hit by the Neely. He says several agencies tried to stop her and Thomasville Police deployed stop sticks north of mile marker 96 -- that still didn't stop her.

Trooper Boozer said he met her head on but there was no way he could stop her given the rate of speed she was traveling at. According to Boozer, highway patrol's policy is they can't chase backward.

"When I met her, she stayed in her lane, she had a blank stare and her hands were at 10 and 2," said Trooper Boozer.

Neely continued north and veered from the far left lane to the right lane, where she hit the rear axle of a tractor-trailer. It knocked the axle out from under the truck. She then hit an SUV behind the tractor-trailer head on.

Troopers say she was not wearing a seatbelt and was partially ejected. She died on impact.

The driver of the SUV only had a cut from the crash and refused EMS treatment on scene.

It's unclear why the Neely was on the wrong side of the highway. Boozer said it made no sense and "it was almost like she had a death wish."

Troopers don't know if Neely was impaired and say they'll have to wait for a toxicology report.

'She just had a blank, deadpan stare on her face'

Laurie Wilson, a Spencer resident, was driving on I-85 in the opposite lane of the wrong-way driver. Terrified, she tried to warn other drivers.

"I glanced and that's when I saw the black sedan going in the opposition direction up the highway and the bumper was barely hanging off," Wilson recalled. "I'm like, 'What's going on?' So I flew up beside them on the opposite side of the highway so I could see, and they were sitting straight up, holding the steering wheel."

Wilson said she immediately called 911, and estimates the wrong way driver was traveling 85-90 miles per hour.

"The whole thing that was going through my head was, someone, some unaware driver in the opposite lane is going to die today," Wilson said. "The more I thought about that, I was like, I've got to do something."

Wilson said she sped up ahead of the driver on the opposite lane, and began to honk her horn and flash her lights in hopes of catching the attention of drivers.

"I was trying to warn other drivers... because the highway was super busy yesterday," said Wilson.

Eventually after following the driver's speed for several miles, Wilson said the roadway split and was separated by trees.

"It was terrible on person died, but it could have been a lot worse than it was," said Wilson. "Mothers, cars with mothers and children in them, elder people, gas tanker trucks. I mean it was super scary."

PHOTOS | Woman Killed After Driving Wrong-way On I-85 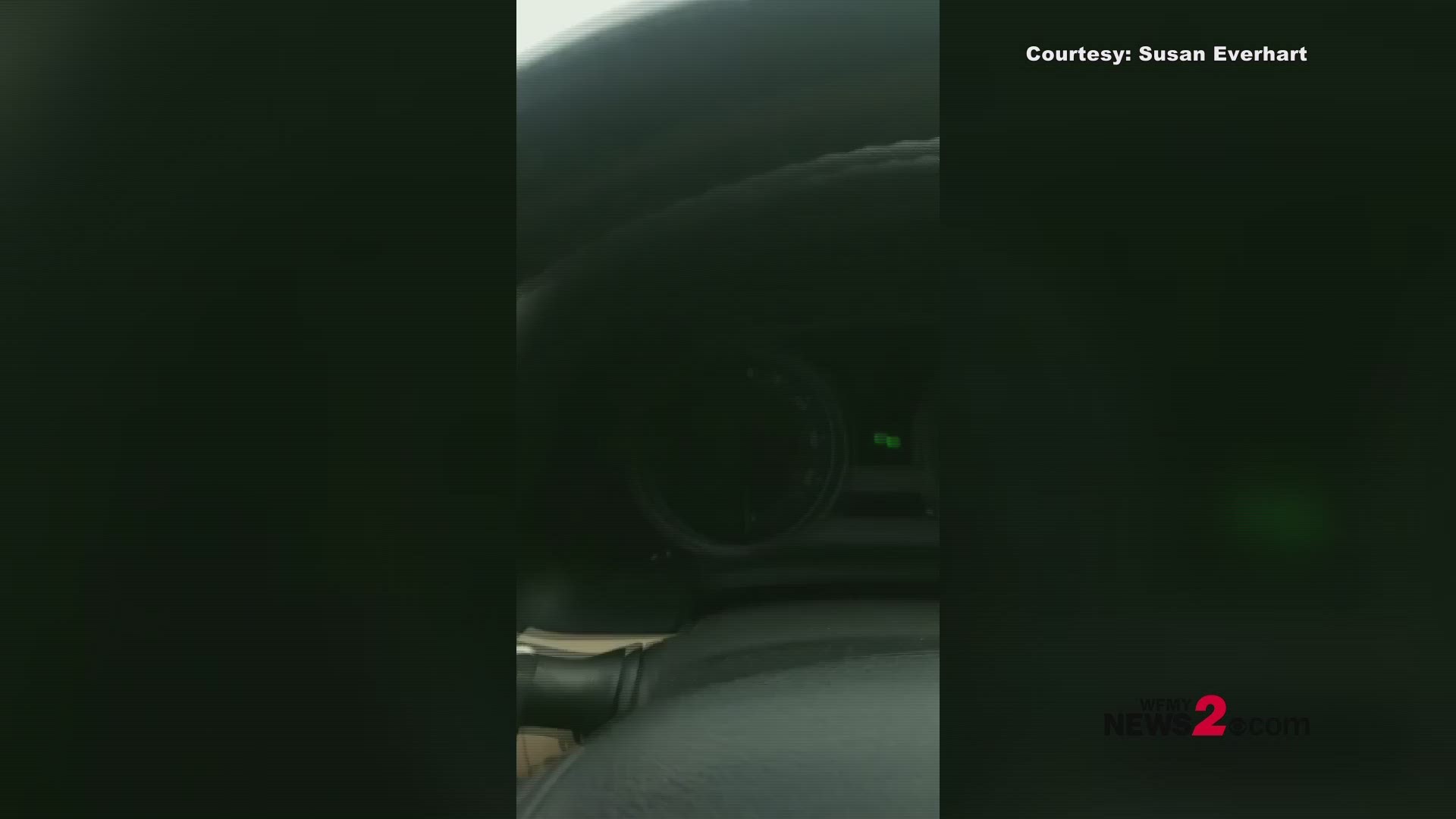 Man Breaks Into Greensboro Bar to Steal $75 Worth of Liquor