'There's no way to see anything': Drivers frustrated with dangerous intersection

Neighbors who live near Acme Road and Woodlawn Street say it’s hard to see speeding drivers around the curve at the busy Gaston County intersection. 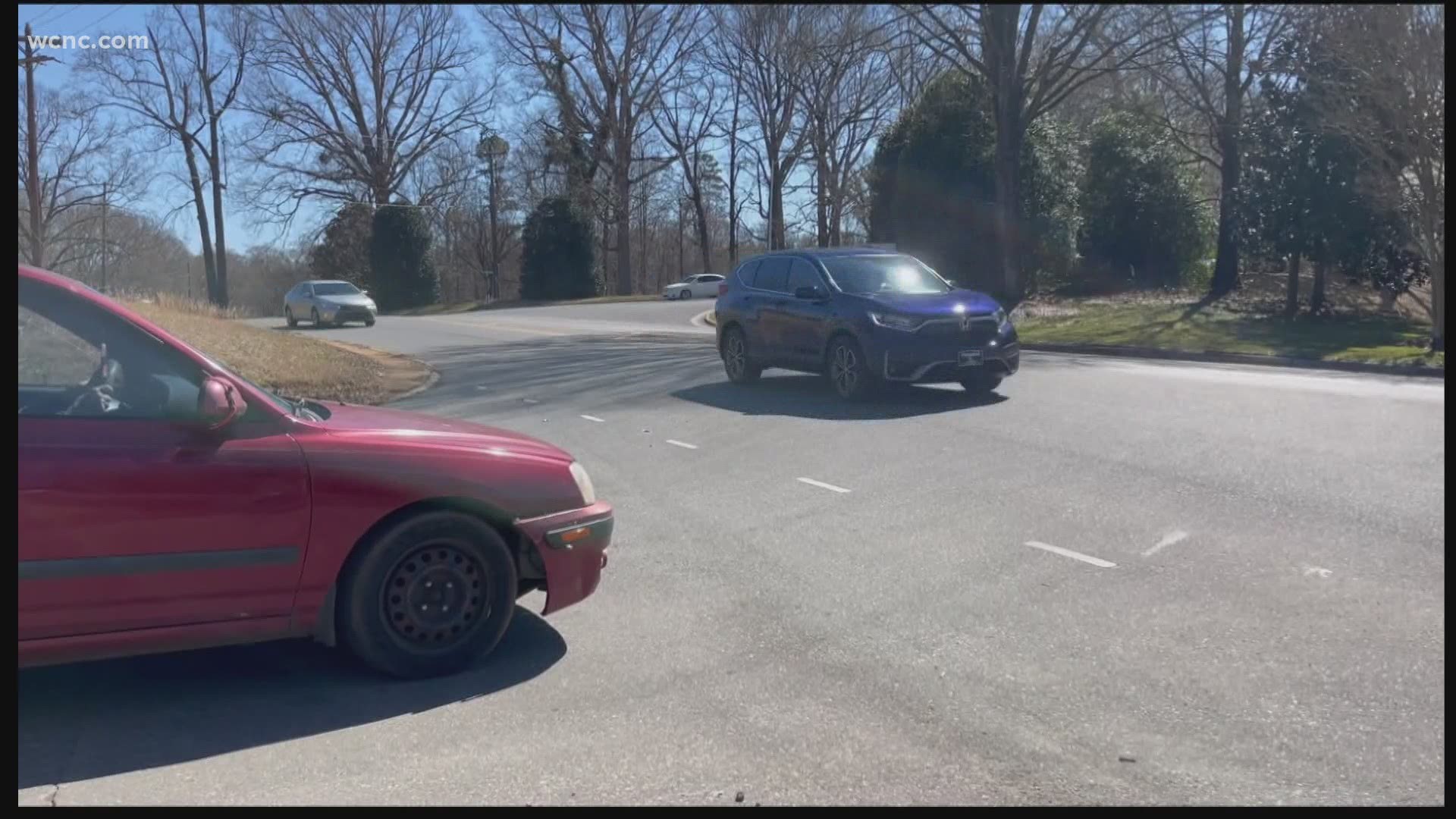 BELMONT, N.C. — Drivers in Belmont, North Carolina, a small town halfway between Charlotte and Gastonia, are fed up with a busy intersection they say is dangerous.

Thomas Nance said a rough pothole patch on Acme Road is also causing problems, but it's the intersection that has everyone worried about a crash. Nance says a red light is the only solution to prevent something bad from happening and his neighbors agree.

"Yeah, a light would probably help out a lot," said Cannon Burton, who has only been living near the intersection since last August.

Burton said if you're waiting to turn left or right onto Woodlawn Street from Acme, it's hard to see when cars come around the curve.

"Cars come flying around the corner and they're usually doing 35-40 mph and there's no way to see anything," Burton said.

Neighbors said Woodlawn Street at Jade Circle used to be a shortcut to avoid the blind spot but that's now being blocked for construction. Burton said without the alternate route, it's even harder to get out in front of speeders.

"I haven't seen any accidents there but there are a lot of near misses," he said.

RELATED: Woman puts up sign to slow down speeders on busy Concord road

When it comes to putting in a light, Marcus Thomas, NCDOT's Gaston County communication officer, said it could take some time for a study to be completed to determine if the signal is warranted.

As far as the patch of potholes, Thomas said crews are scheduled to make repairs this week and will monitor the route for more permanent repairs in coming weeks.

If there's a road, intersection or other traffic situation that's driving you crazy, Ruby wants to hear about it. You can email her, or contact Ruby on Facebook and Twitter.