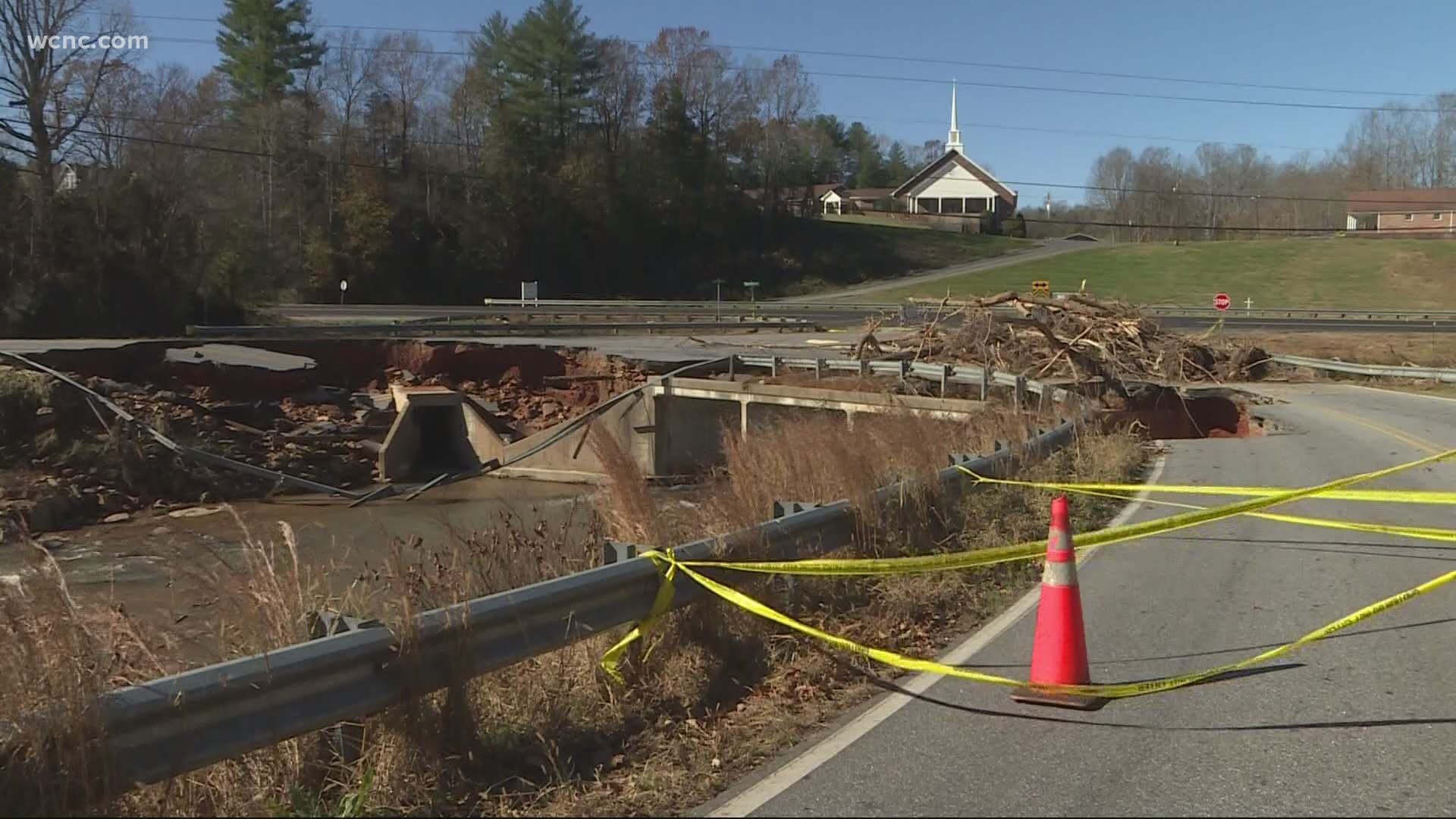 Among the major bridges washed away by last week's storms include Cattlemans Road and Liberty Hill Road in Iredell County and Cheatham Ford Road in Alexander County.

North Carolina DOT said maintenance engineers are still assessing all of the damaged roads and estimating how much it'll cost to make repairs.

DOT expects engineers to complete their preliminary estimates this week.

Once preliminary estimates are submitted, DOT needs to sign off on them before scheduling repairs with either state crews or contractors.

Last week, Sheriff Chris Bowman predicted it'll be months before all of the roads were repaired.

Millersville Road near Highway 16 is one of the affected roads.

Rebekah Moretz lives off the road and said drivers, especially dump truck drivers, are still trying to get to the other side despite barriers blocking the path.

"There's no turn around down here. They have to back all the way up," Moretz said. "It's kind of scary making sure they get up that way."

Last week’s storms will be felt by Alexander County families for weeks and months to come. One rural mail carrier told me she’s helping her co-worker with her route because it would take 45 minutes to get around the Millersville Road closure. More coverage on @wcnc. pic.twitter.com/rpEJxdrycg

Rural mail carrier Sandra Bentley is helping one of her fellow carriers with her route following the closing of Millersville Road.

"It'll take her probably 45 minutes to backtrack and get around," Bentley said.

Moretz hoped DOT will quickly start repairs though she expected it will be a while before everything is fixed.

"A year, maybe two years before they can get all these roads repaired," Bentley predicted. "But I don't really know for sure."

Sheriff Bowman urged drivers to not drive around barricades shutting down roads.

A list of N.C. DOT road closures and detours in Alexander and Iredell Counties can be found here.