Pedestrian killed in crash near I-485 in northwest Charlotte

Medic said one person died at the scene of a crash involving a pedestrian on Brookshire Boulevard at I-485 in northwest Charlotte. 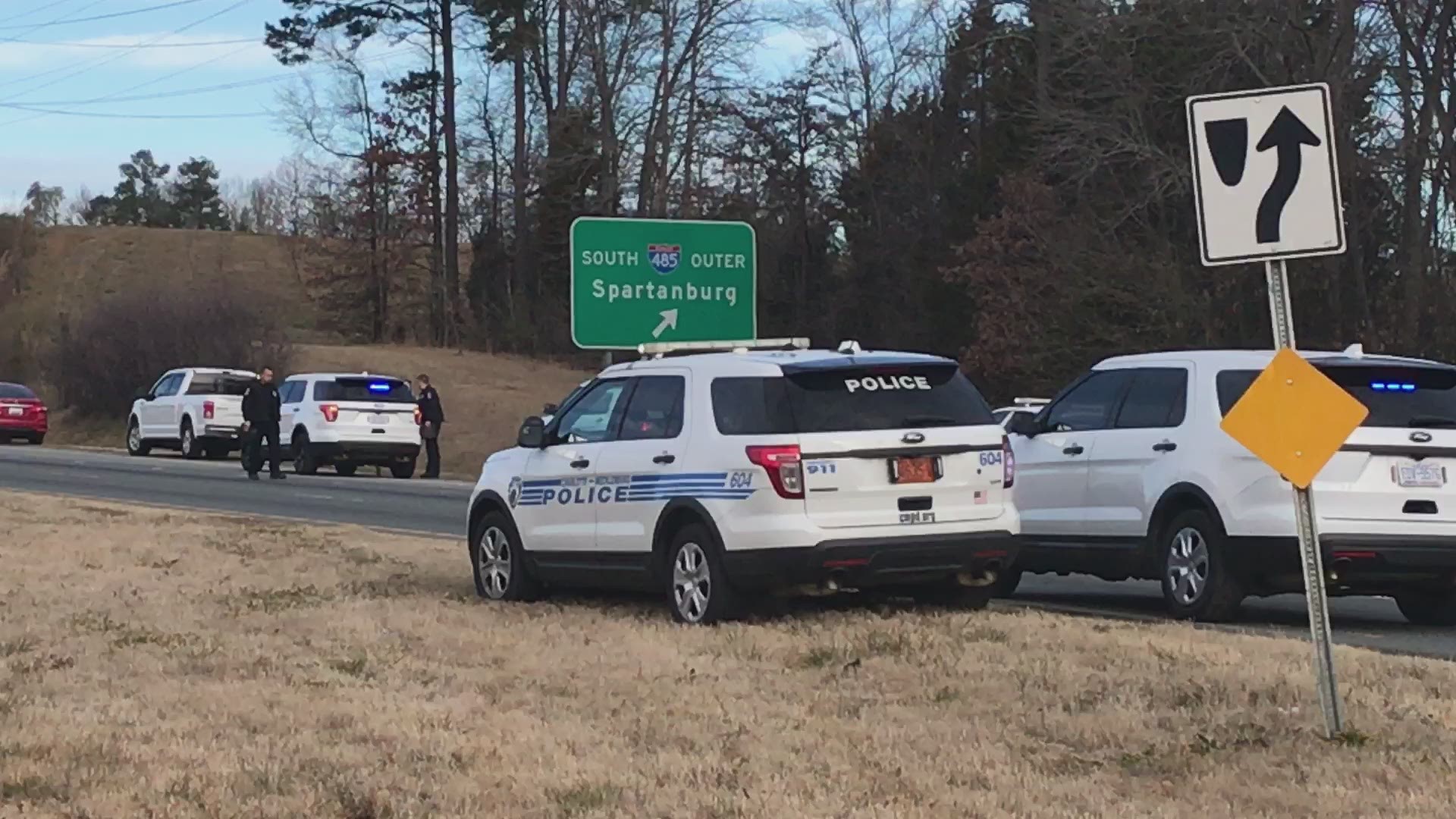 CHARLOTTE, N.C. — A pedestrian was killed in a crash on Brookshire Boulevard near I-485 in northwest Charlotte Friday morning, Medic confirmed.

According to Medic, the crash happened in the outbound lanes of Brookshire at the intersection with I-485. Medic confirmed the pedestrian died at the scene.

Charlotte-Mecklenburg Police were called to the scene and are investigating what led up to the crash. No charges have been announced at this time. The CMPD traffic page is reporting the crash as a hit and run.

A witness told WCNC Charlotte it appeared the victim was trying to change a flat tire when they were hit by a vehicle. CMPD has not released any further information at this time.

WCNC Charlotte has a crew headed to the scene to gather more information. For the latest breaking news, weather and traffic alerts, download the WCNC Charlotte mobile app.