The proposal would ban the popular scooters from busy sidewalks and impose a strict 15 mph speed limit. 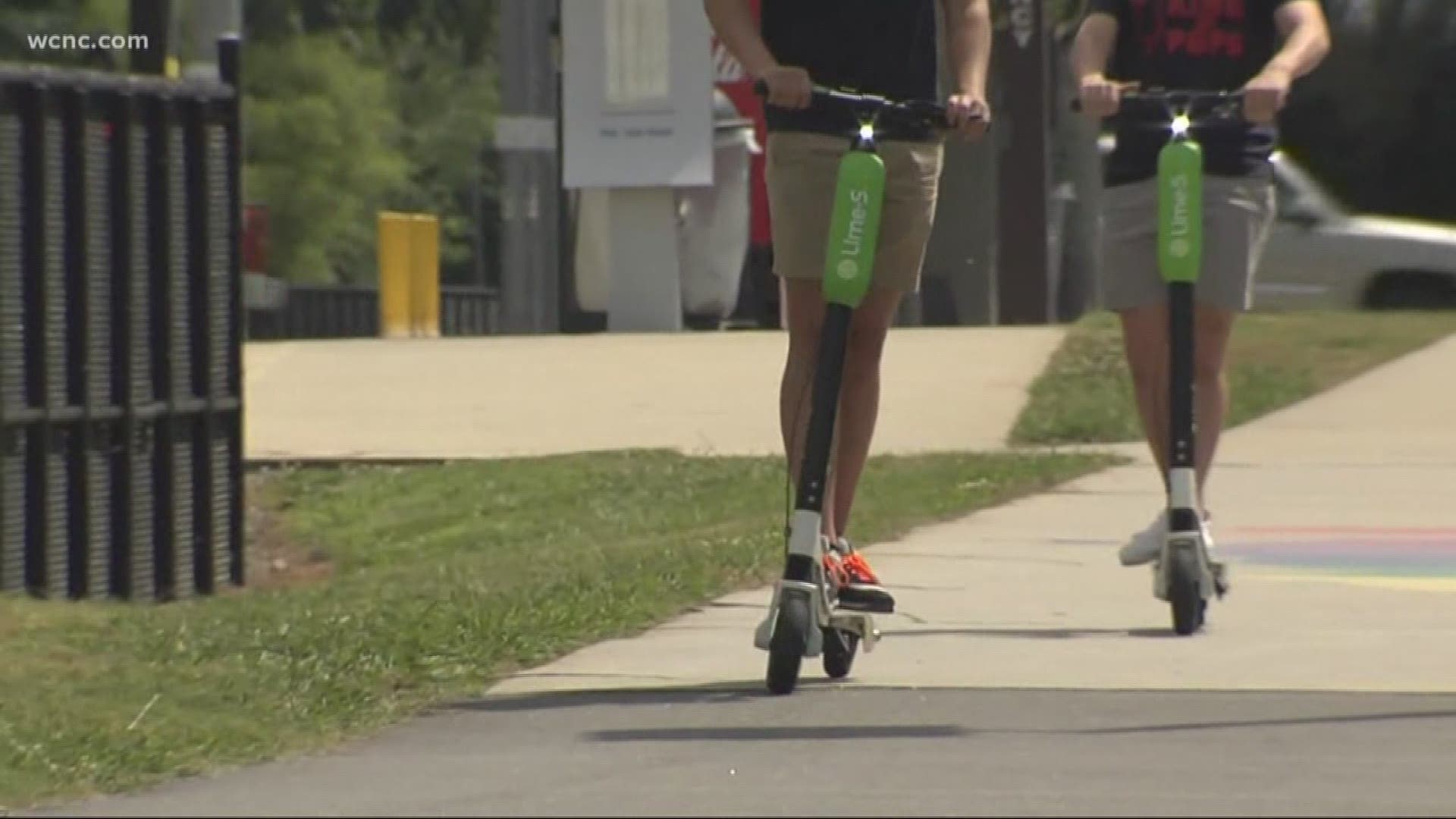 CHARLOTTE, N.C. — For the last several months, electric scooters have been all the rage in Charlotte.

After making a controversial debut last May, the scooters have quickly become a popular way to get around the Queen City, especially South End and uptown. But they also lack regulations for how and where you should ride them.

On Monday night, City Council passed new rules for the scooters. The vote passed in favor 7 to 3.

The main rules include a speed cap at 15 miles per hour, a ban on two people riding at the same time, and a ban on scooter riding on certain Uptown streets.

Dr. Kent Ellington, an Ortho Carolina orthopedic surgeon, said he’s seeing more injuries from scooter rides. An x-ray showed a titanium rod down the leg, two plates, and five screws that required a hospital stay and surgery. The accident will cost the rider somewhere between $50,000 and $100,000.

“In the last two months, I have taken care of four people that had fractures that require surgery,” said Dr. Ellington in November.

Lime issued a statement in response to Monday night's vote.

“We are pleased with a number of provisions included in tonight’s ordinance that passed Charlotte City Council, and we are proud to provide affordable, accessible transportation to people across the city. We are continuing to review and evaluate certain provisions and will provide additional comment as we are able," the company said.