While many may think the cell phone is the single biggest distraction for teen drivers, guess again. 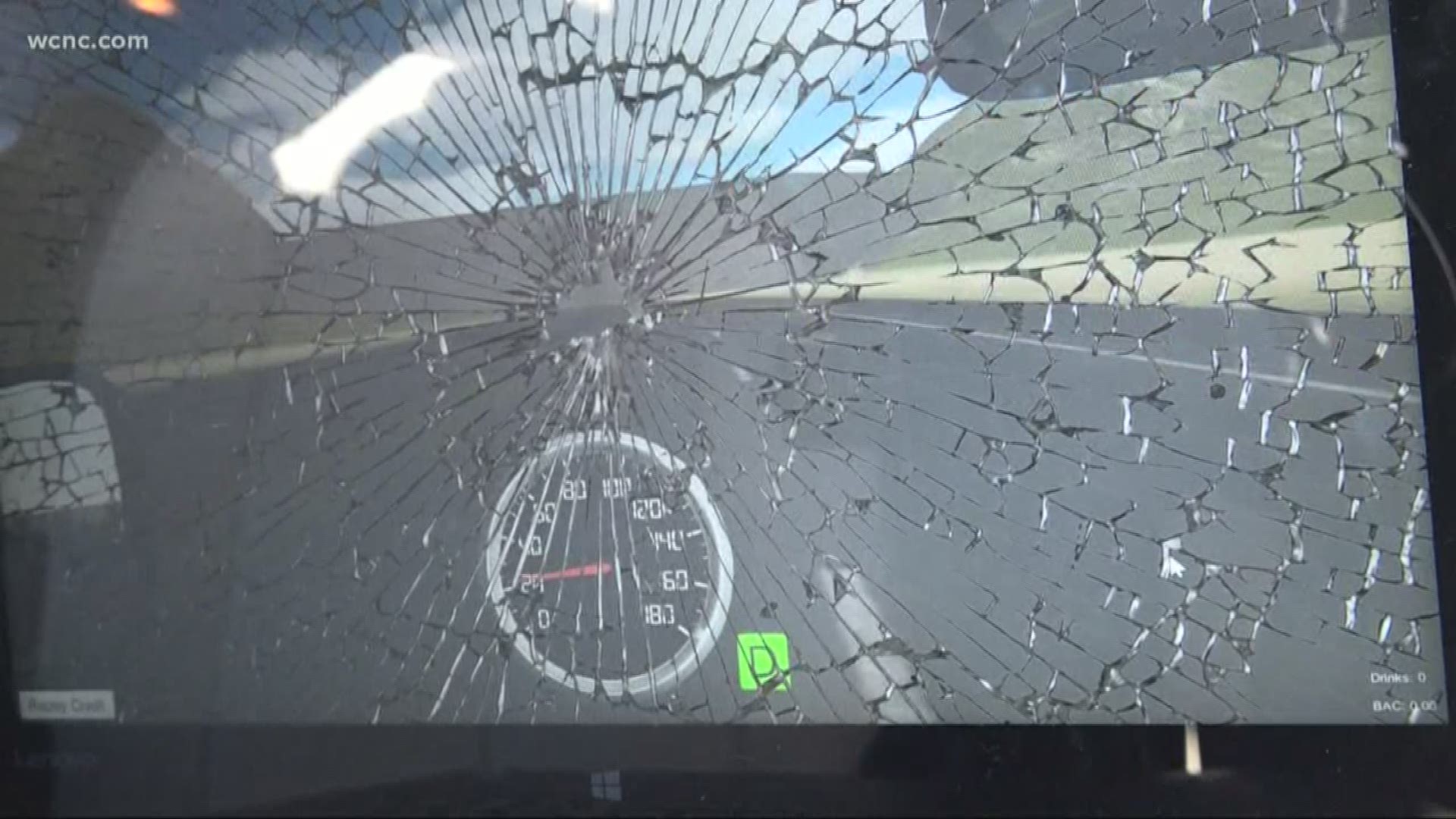 In South Carolina, the Southeastern Chapter National Safety Council (SCNSC) together with State Farm are spending the week road-tripping to different high schools with their Distracted Driving Simulator.

“We want these teens to realize that their one and only responsibility behind the wheel is to pay attention to the road,” said Taylor Harrison, who was on-site with the organization Wednesday as they took the simulator to Rock Hill High School.

“Once they get comfortable behind the wheel, we’ll tell them to pull out a cell phone, turn on the radio, and nine times out of ten they crash as soon as they take their eyes off the road,” Harrison said.

Nationally, car crashes remain the number one cause of death among teens.

In North Carolina, a study released earlier this year by ValuePenguin, found the Tarheel state to be the 3rd deadliest state for teen drivers. It showed 267 teenagers died in crashes between 2013 and 2017, making teens in North Carolina 59% more likely to die in a car crash than those in South Carolina.

Members of the SCNSC who used the simulator to teach kids about distracted driving Wednesday said parents still remain the best teachers.

“Parents need to remember that we lead by example. So, you know we might have a habit of checking that email quickly or looking down at a text just to see if it’s important. And our kids are seeing the same things on the roadway that we’re doing, which is setting an example for them,” said Melissa Reck, training and development coordinator for SCNSC.

While many may think the cell phone is the single biggest distraction for teen drivers, guess again. Safety experts said it’s having peers or friends in the car. They said it increases their chance of being in a crash by 44%.