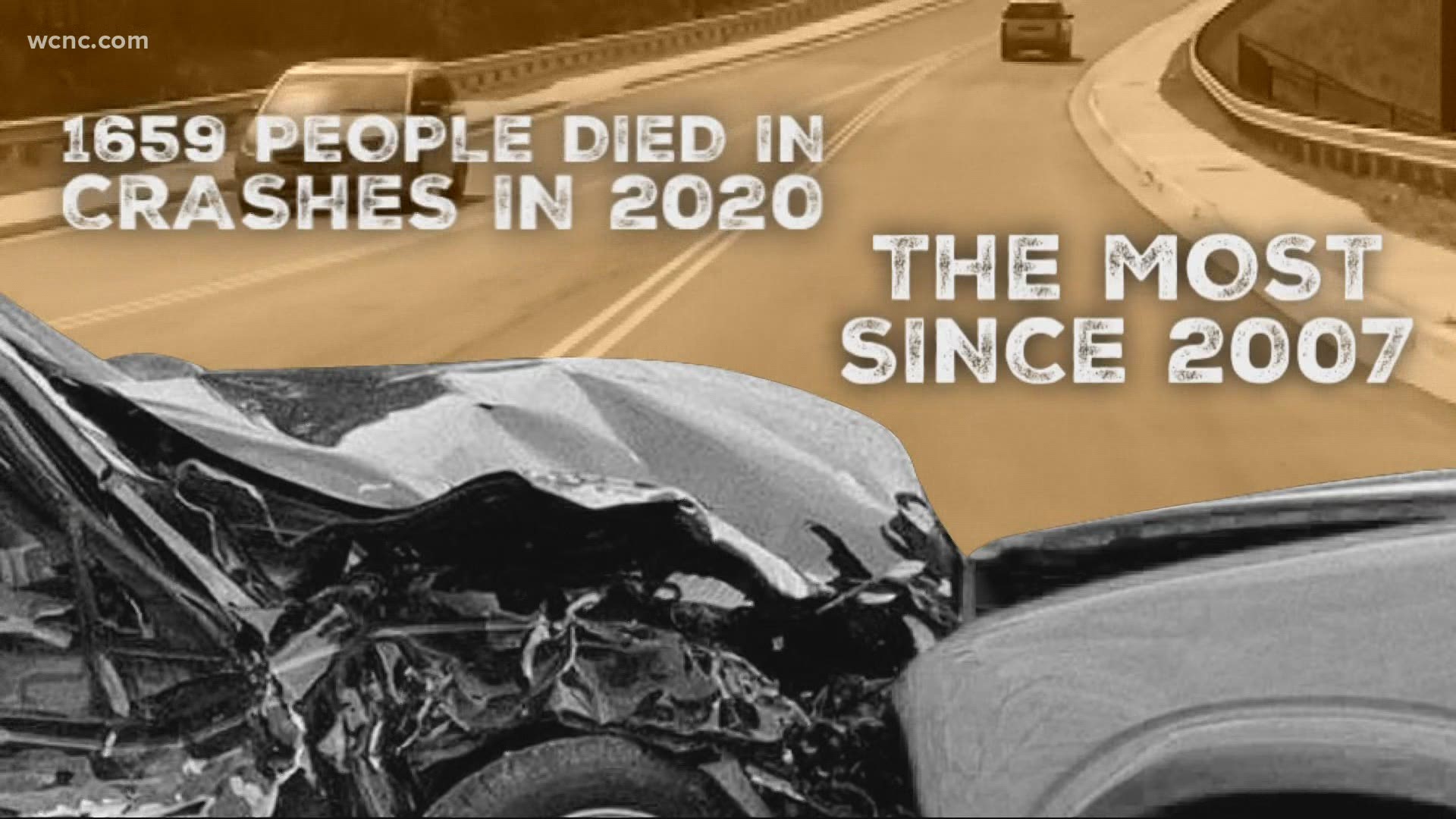 CHARLOTTE, N.C. — The number of people who lost their lives in vehicle crashes in North Carolina in 2020 was the highest its been since 2007, according to data from the North Carolina Department of Transportation.

The increase in deaths happened during the pandemic year when much of the state was under a stay-at-home order issued by Gov. Roy Cooper. The number of people on the state’s roads declined by an average of nearly 19%, but at times as much as 40%, according to data provided by the Governor’s Highway Safety Program.

The increase in traffic fatalities is related to more people speeding and driving recklessly on the roads, said Trish Dallman, the manager for defensive driving at the Safety and Health Council, a Charlotte-based non-profit that educates people about safe driving practices.

Dallman said when there were fewer people on the roads, drivers felt more comfortable traveling at higher rates of speed. Drivers were also not paying as close attention as they would if there was more traffic, she added.

“People think they’re immune to traffic accidents,” Dallman said. “They’re invincible until it happens to them; until it’s too late.”

Many of the students at Dallman’s program are referred to them through the court system. She said her organization has noticed an uptick in participants who received speeding violations and various reckless driving infractions.

For the better part of a year, the in-person driving courses to educate people about the consequences of risky driving behavior shifted online. Dallman said she believes students did not receive the training that was as impactful as it typically is in person.

“We feel we get a better result in person because it’s more interactive,” Dallman said. “It helps them realize that the choices and decisions they make can affect other people as well.”

A few weeks ago, the non-profit began slowly reintroducing in-person safety courses. She believes the training will be a critical step toward undoing many of the bad driving habits that were exacerbated during the pandemic.

Department of transportation data showed impaired driving was involved in a higher percentage of fatal accidents compared to previous years. In addition, seatbelt use was lower.