Hawthorne Lane bridge now open for pedestrians but not cars 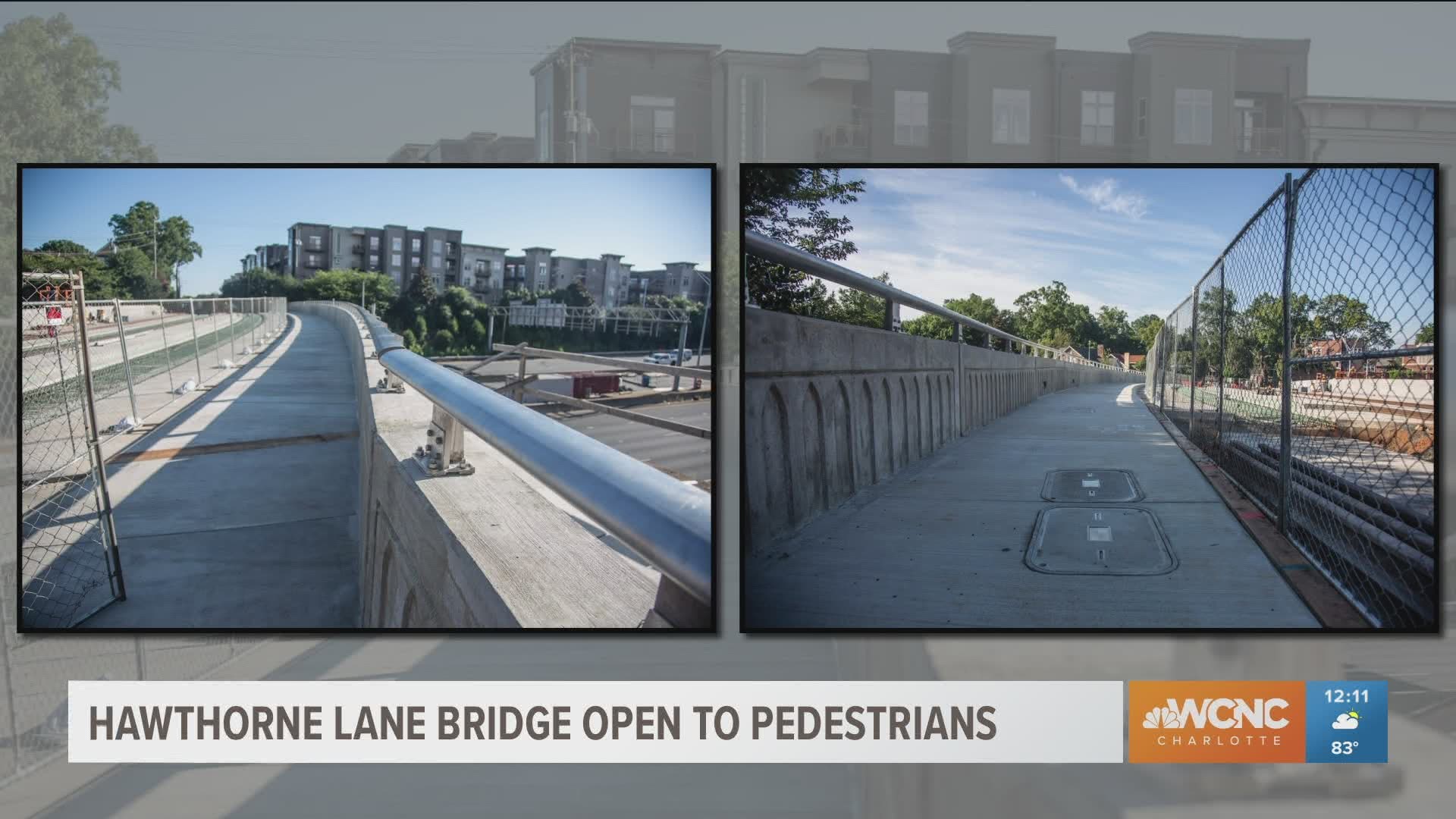 The highly anticipated project was scheduled to be complete by August 2020, but has been delayed multiple times due to construction problems. The bridge, which crosses over Independence Boulevard, is now supposed to be done by December. The project has been underway since July of 2017.

“We have to do a better job of holding the people that we contract to do work for us accountable,” Charlotte City Councilman Larken Egleston said. “The level of incompetence on this project is breathtaking."

The Hawthorne Lane bridge is now open to pedestrians and bicyclists. The bridge is an active construction area, so residents are advised to follow instructional signage to ensure safety. In the future, the sidewalk may temporarily close to accommodate repairs on the bridge deck. pic.twitter.com/YhmRRV3ErD

A spokesperson for CATS said the most recent delay was due to a contractor's error. They said the contractor poured the wrong type of concrete per the design, so rails could not be installed.