The Charlotte Regional Transportation Planning Organization has developed more than 170 potential solutions for the I-77 Corridor from Statesville to Rock Hill. 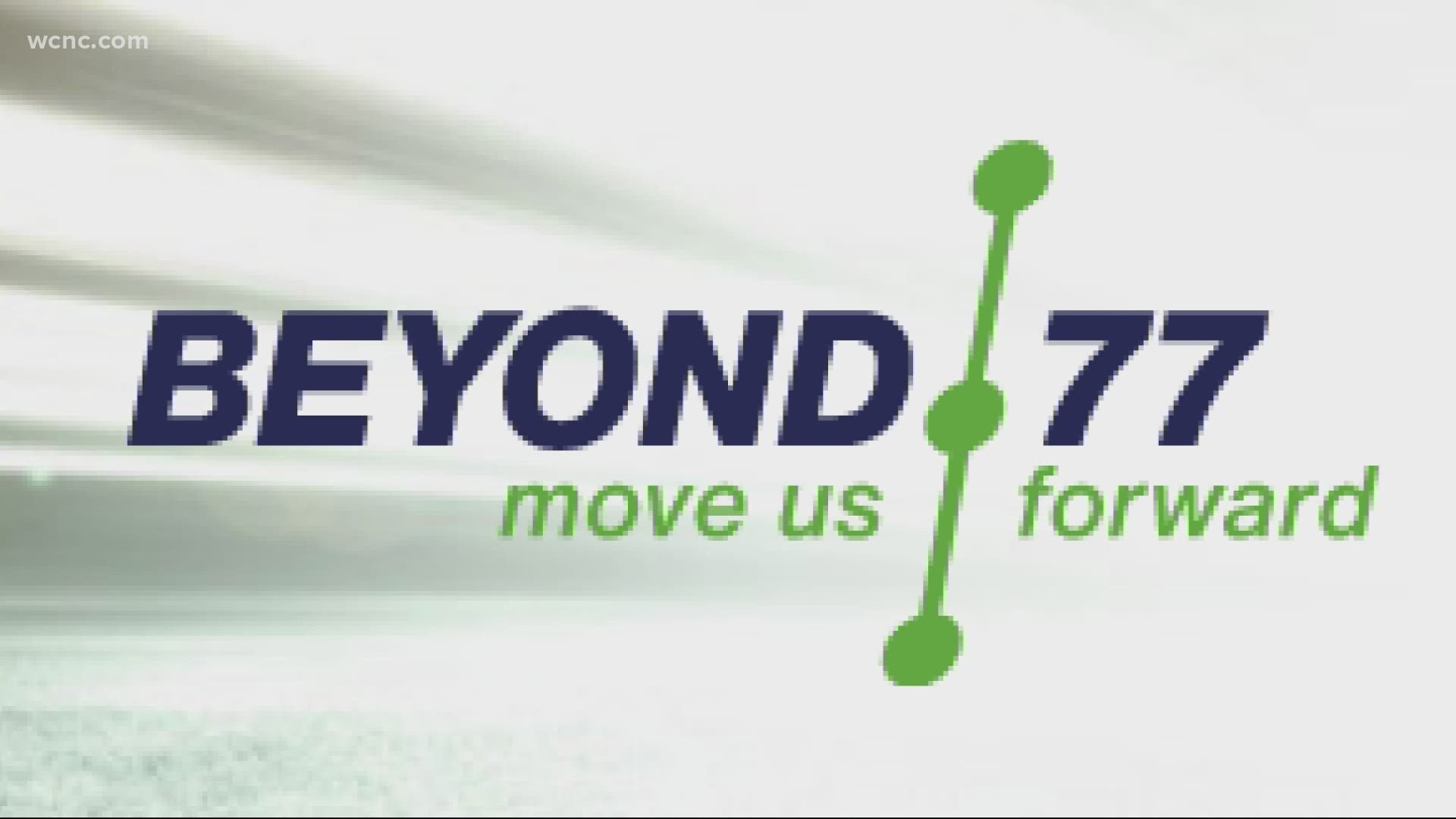 STATESVILLE, N.C. — The Beyond 77 study, which launched in January 2020 with the goal of finding long-term options to ease congestion along the 68-mile stretch from Rock Hill, South Carolina, to Statesville, North Carolina, is now seeking the public's input on their preferred method of transportation.

The Charlotte Regional Transportation Planning Organization commissioned the study after projecting the Charlotte metro will nearly double in size by the year 2050.

The project moved into phase three Thursday. During the first two phases, more than 19,000 people offered the opinion on whether main roads should connect to I-77, as well as possible bus routes, light rail and bike lanes along the corridor.

“During all phases, we’ve asked the community to participate and share their travel experiences," CRTPO representative Augustin Rodriguez said.

Over two-thirds of people who responded said they prefer using the light rail to get around.

“68% of the respondents say that light rail will be the most preferred method of alternate transportations," Rodriguez said.

“In this phase, we will be asking the community to weigh in on solutions that matter most to them," Rodriguez said.

Phase three will also allow residents to weigh in on funding options.

“We want them to take our survey, that is the primary call to action, by visiting our website at Beyond77.com," CRTOP representative Adam Howell said.

More stories on WCNC: Elderly couple stranded on the side of I-85 after hitting a pothole; strangers step in to help

Officials hope by the end of 2021, a permanent alternate route will be the answer to the I-77 corridor’s needs.

Residents can also visit a virtual public meeting on April 21 and May 13.