The accident near mile marker 19 in Huntersville involved a tractor trailer and several construction vehicles. 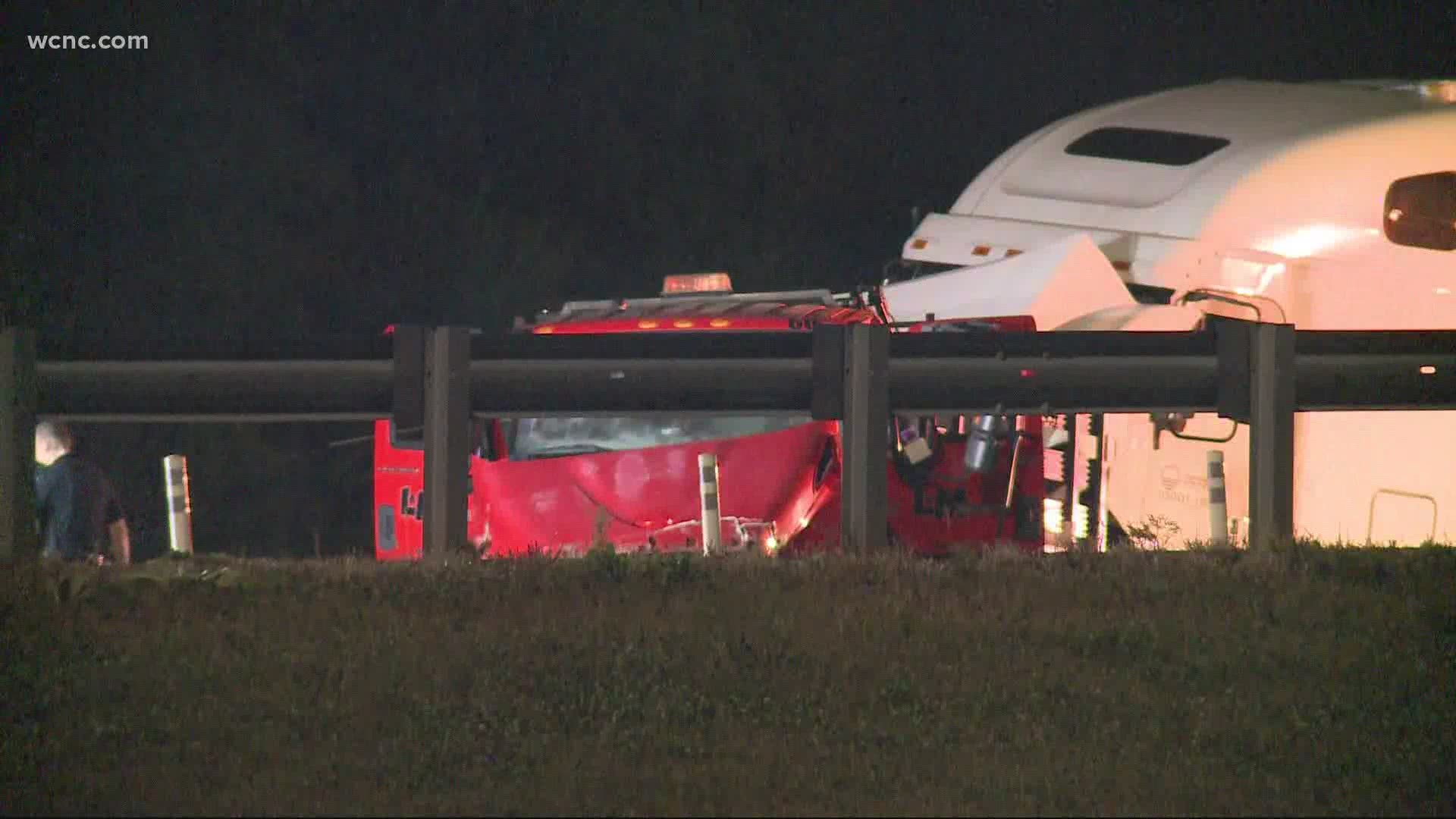 Authorities say the tractor-trailer struck the construction vehicles around 2 a.m. at the interchange near I-485.  Medic says it transported one patient to the hospital with life threatening injuries and another patient suffered minor injuries in the crash.

According to officials, the driver of the tractor-trailer died at the hospital as a result of the injuries.

Southbound lanes of I-77 were blocked for several hours while crews cleaned up the scene.  Huntersville Fire tweeted they were on the scene for an hour and a half.

Overnight our Station 1 responded to this MVA on I-77 SB just south of I-485. A tractor trailer struck several construction vehicles. Fortunately no serious injuries, but the accident required extensive clean-up. We operated on scene just over an hour and a half. #CLTtraffic #I77 pic.twitter.com/4Uc18oOugd

RELATED: 'Thank God for miracles' | NC Trooper returns home 84 days after hit by car on I-485 while investigating a crash

RELATED: 1-year-old recovering after being hit by car in Gastonia