The southbound lanes of I-85 near exit 84 in Rowan County are not expected to open until Tuesday afternoon. 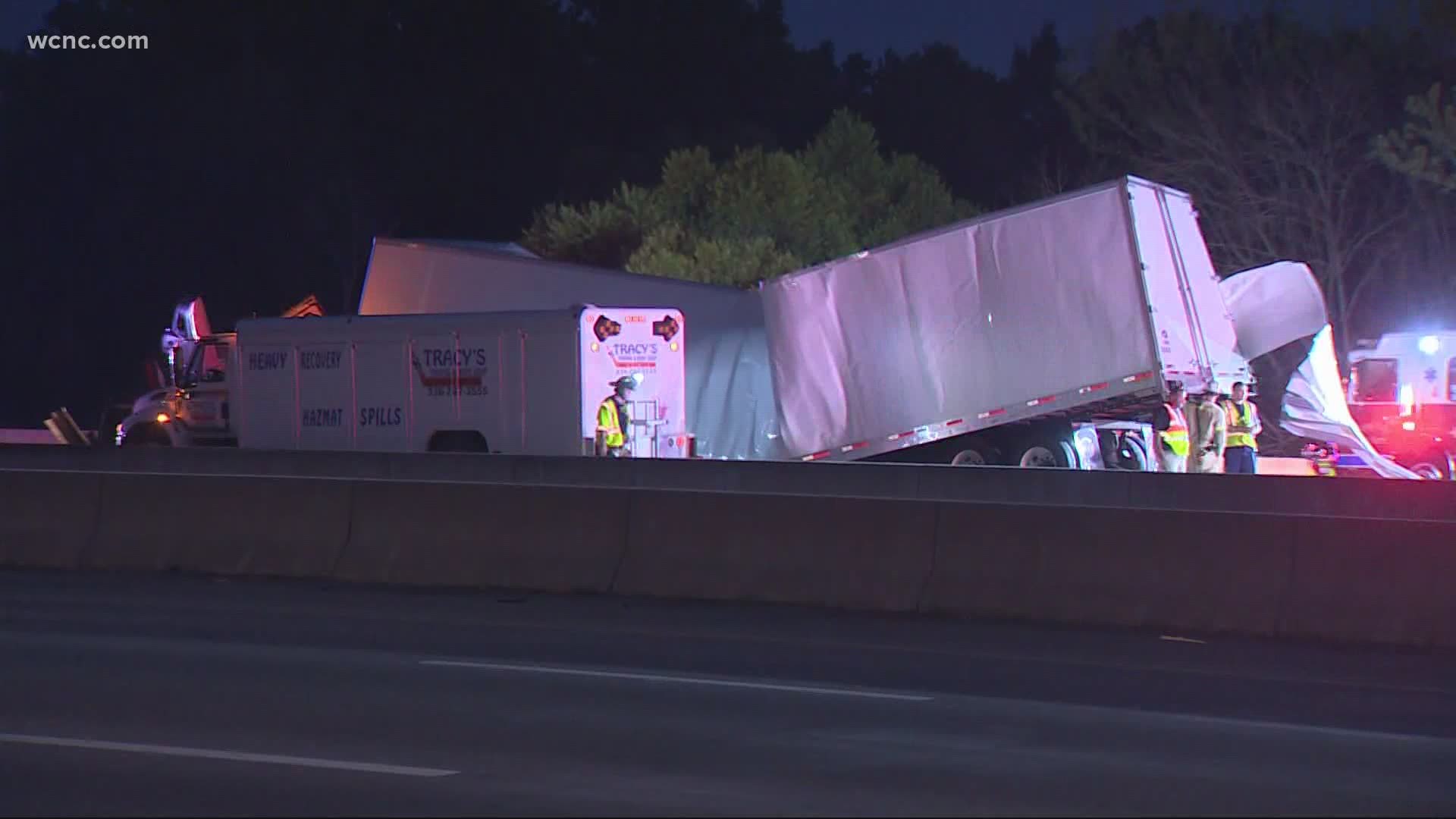 Rowan County Emergency Dispatch said several fire trucks from the Millers Ferry Fire Department were on the scene of an accident involving a tractor-trailer near exit 84 when the trucks were struck by a second tractor-trailer.

A closer look at the major traffic accident on SB I-85 just north of #salisbury #wcnc #wakeupclt pic.twitter.com/tL0WYMjGDM

First responders said the trucks were set up on the highway for shielding, which is designed to protect the emergency officials working at the scene.

The fire trucks took the brunt of the blow, keeping first responders safe.

“The shielding worked as it was supposed to,” said Allen Cress, interim chief of emergency services for Rowan County. ”One truck crashed into the other one, and it saved firefighters’ lives and hopefully protected others that were out there.”

Millers Ferry Fire Department said other surrounding departments from Salisbury, Davidson, Kannapolis, and Cleveland have all offered their trucks or services to help fill the gap in trucks while the department deals with insurance claims.

The Millers Ferry Fire Department has six trucks in its fleet. According to officials, three of those trucks were damaged in the accident.

The southbound lanes of I-85 at exit 84 are expected to remain closed until at least 2 p.m. Tuesday as officials cleared the wreckage and check for a possible oil spill into a nearby waterway.

Additional pictures of the extent of damage to @millersferry trucks from the accident today as they sit at the fire station this afternoon. Thankful that all our brothers are okay! @CFPalerts pic.twitter.com/sBZZ8xylys

RELATED: Update on NC Highway Trooper hit by car on I-485 while investigating a crash