The bikes were purchased for the Democratic National Convention hosted in Charlotte in 2012 but have been mostly gathering dust -- until now. 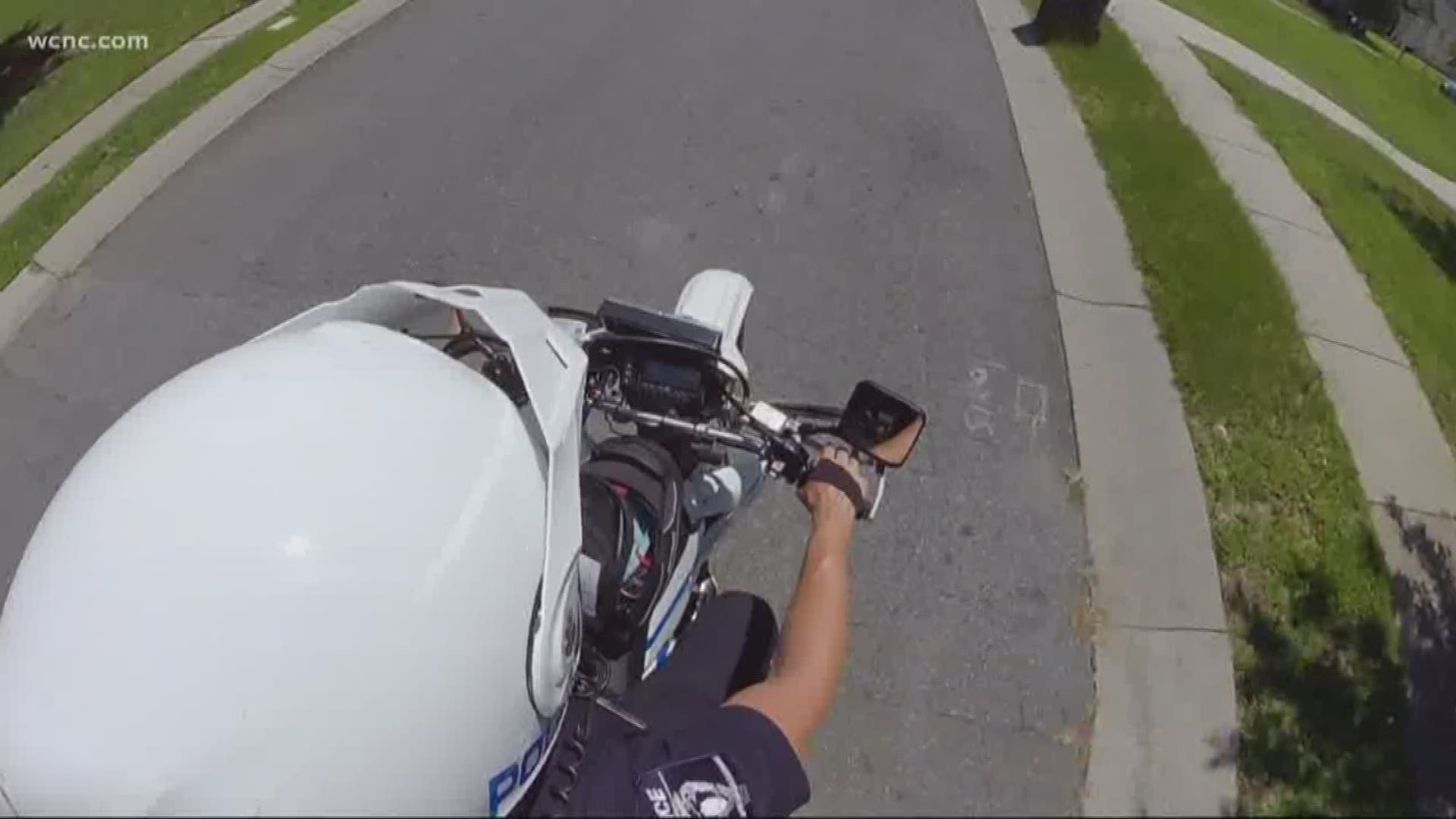 The bikes were purchased for the Democratic National Convention hosted in Charlotte in 2012 but have been mostly gathering dust -- until now.

"They're souped-up dirt bikes and marked up as police units," Lieutenant Steve Fischbach said. "We’ve got this group of officers who use these dirt bikes not only out in the more county areas you think of but also right here in the city limits of Charlotte."

Lieutenant Fischbach said the bikes were purchased and used as extra patrols for the 2012 DNC, but after that, they pretty much went into storage and stayed there.

"They just weren’t being ridden," he said. "We made the investment to take some officers out of their patrol cars put them back on the bikes put them to work."

After a few months of extensive training and prep, the dual sports team is now officially in action.

In the two months they’ve been at it, the team has responded to 778 calls and assisted in 33 arrests.

"There’s oftentimes that they’re able to respond and get there quicker than our cars are able to because they’re able to use a cut-through like a powerline right-of-way or a trail through a neighborhood," Fischbach said.

The bikes are able to get places patrol cars can’t -- and faster than an officer on foot.

The well-trained dual-sport officers have been able to apprehend fleeing suspects and uncover hidden crime spots.

"They have found areas where cars are being chopped to be resold as parts, back in the woods," Fischbach said. "They’ve come up on places that are being used as a drug den out in areas we wouldn’t typically find."

But for many of these dirt biking cops, their favorite part about being on this team is the community connection.

"It’s a conversation starter,"  said Officer Jeff Harrington, a member of the dual-sport team. "We were just out there handing out stickers."

Harrington said they love to stop and connect with children in particular.

"They see this is like a bike that they have, and they’re interested in what’s going on; they want to see the bells and whistles. When we’re dealing with the kids we always try to make it personal. We are taking off the helmet, talk with them, let them know, you don’t have to be scared of us," he said.

So if you happen to hear them coming, you might just get to check out a cool bike, and walk away with a sticker.

That is unless you’re a bad guy.

"Anything the police department can do to make that investment for one more piece where we can connect with the community, it’s definitely worth it," Fischbach said.