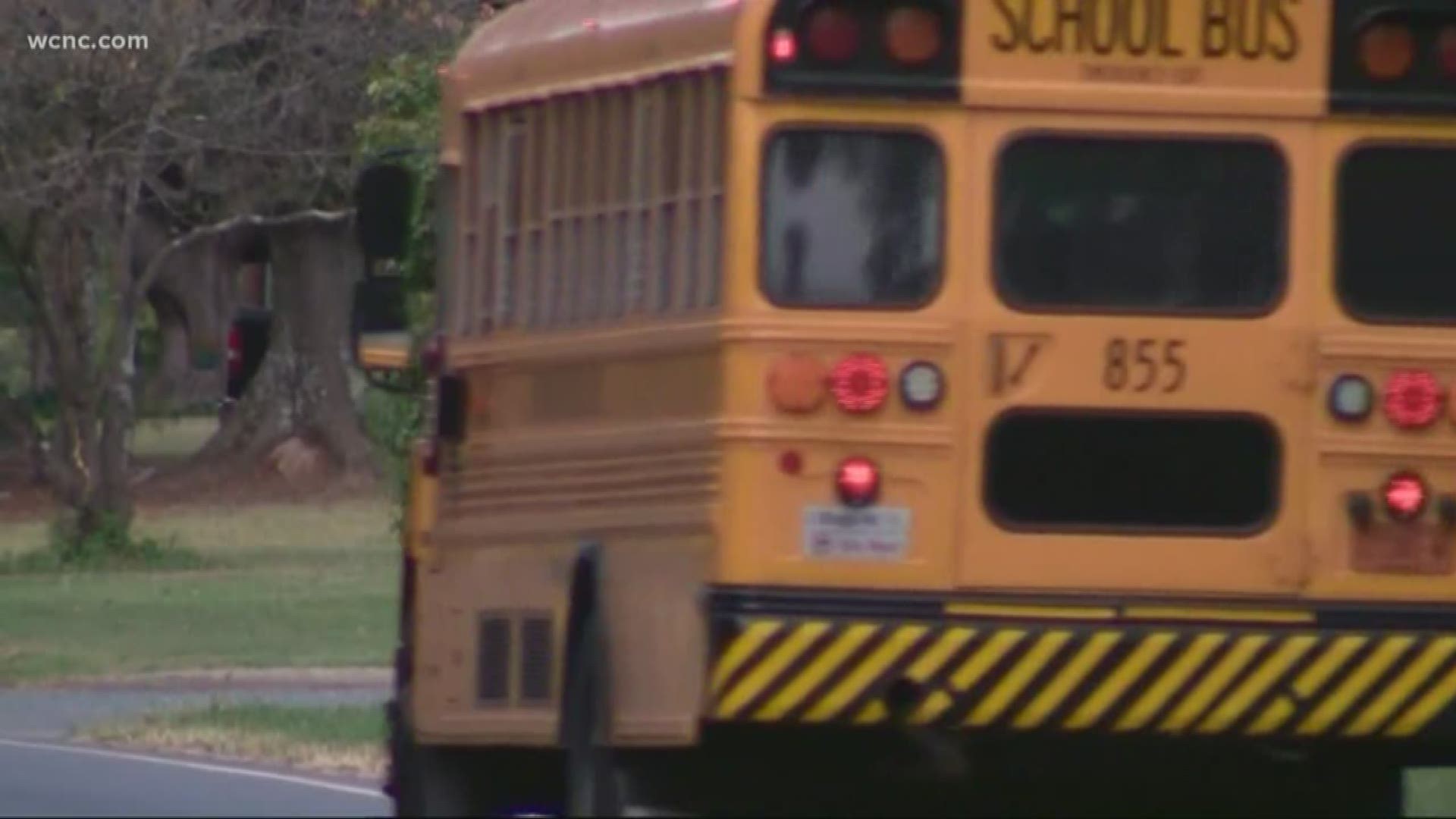 "With someone illegally passing the bus, they may hit another vehicle or it can be a chain collision being in an intersection and hit the school bus," Cunningham previously told NBC Charlotte.

In Charlotte, several parents have been asking CMS to move a bus stop as they say cars repeatedly pass stopped buses.

During the week of October 21-25, troopers will be participating in each district across the state, Troopers will be patrolling school zones, conducting "Follow-A-School Bus" activities, and enforcing violations if drivers pas a school bus stopped to drop off or pick up students.