It's unclear how the victim got on the tracks, police said. 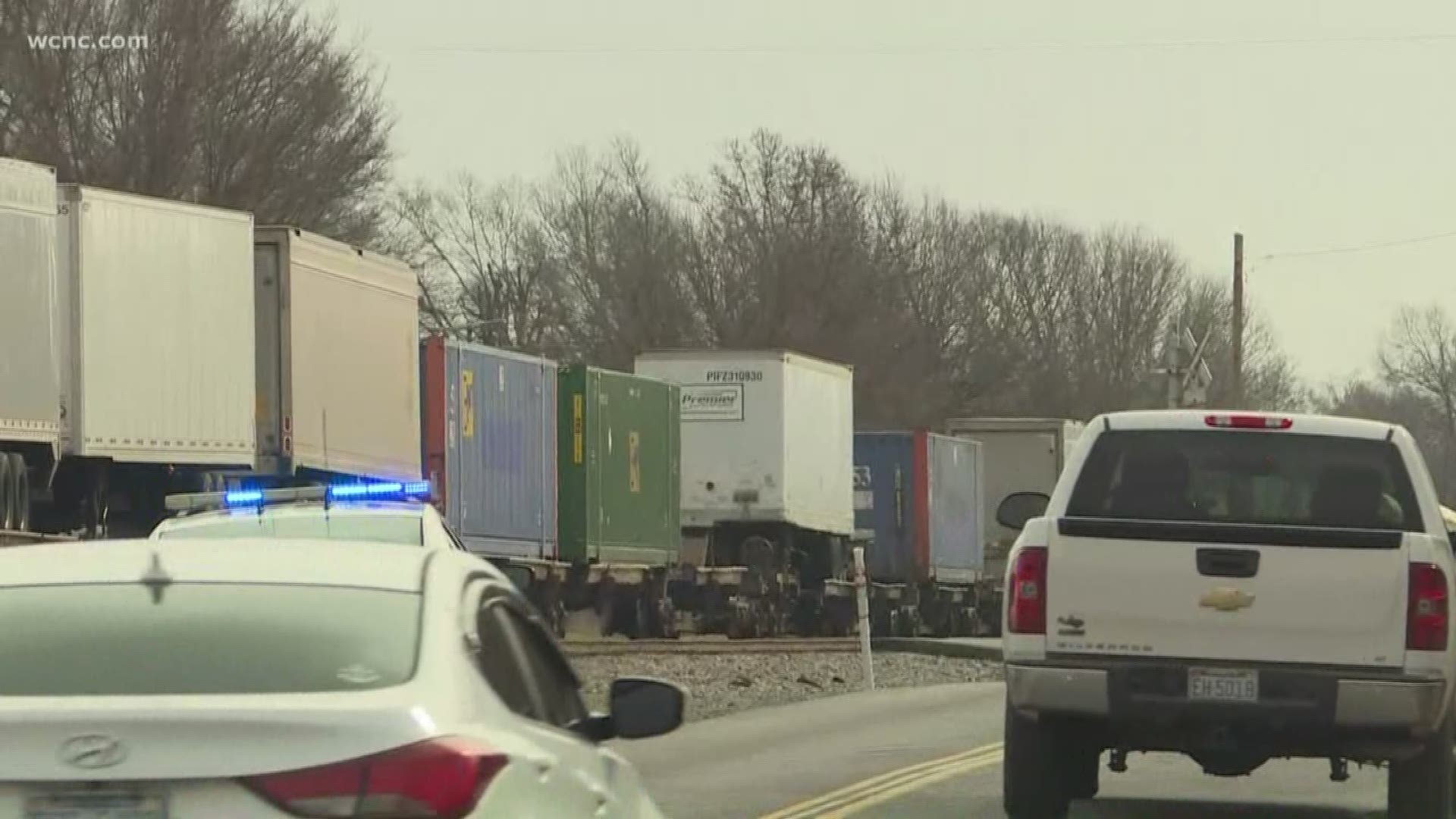 GASTONIA, N.C. — A person has died after being hit by a train in west Gastonia Friday, police confirmed.

Firefighters said the woman was on the tracks near the intersection of West Airline Avenue and Littlejohn Street when she was hit by the train.

The person has been identified as Melissa Marie Erwin, 33, of Gastonia, according to Gastonia Police Department.

Gastonia Police and the Gastonia Fire Department were both called to the scene, as well as the rail company that operates on the tracks.

It was not immediately clear why Erwin was walking near the tracks.

It is not the first time a pedestrian has been struck by the tracks in Gaston County.

Last year, Norfolk Southern launched a two-day safety operation in Gastonia in response to an increase in deadly pedestrian accidents. The company said four people died in 15 months while illegally walking along a four-mile stretch of track in Gastonia.