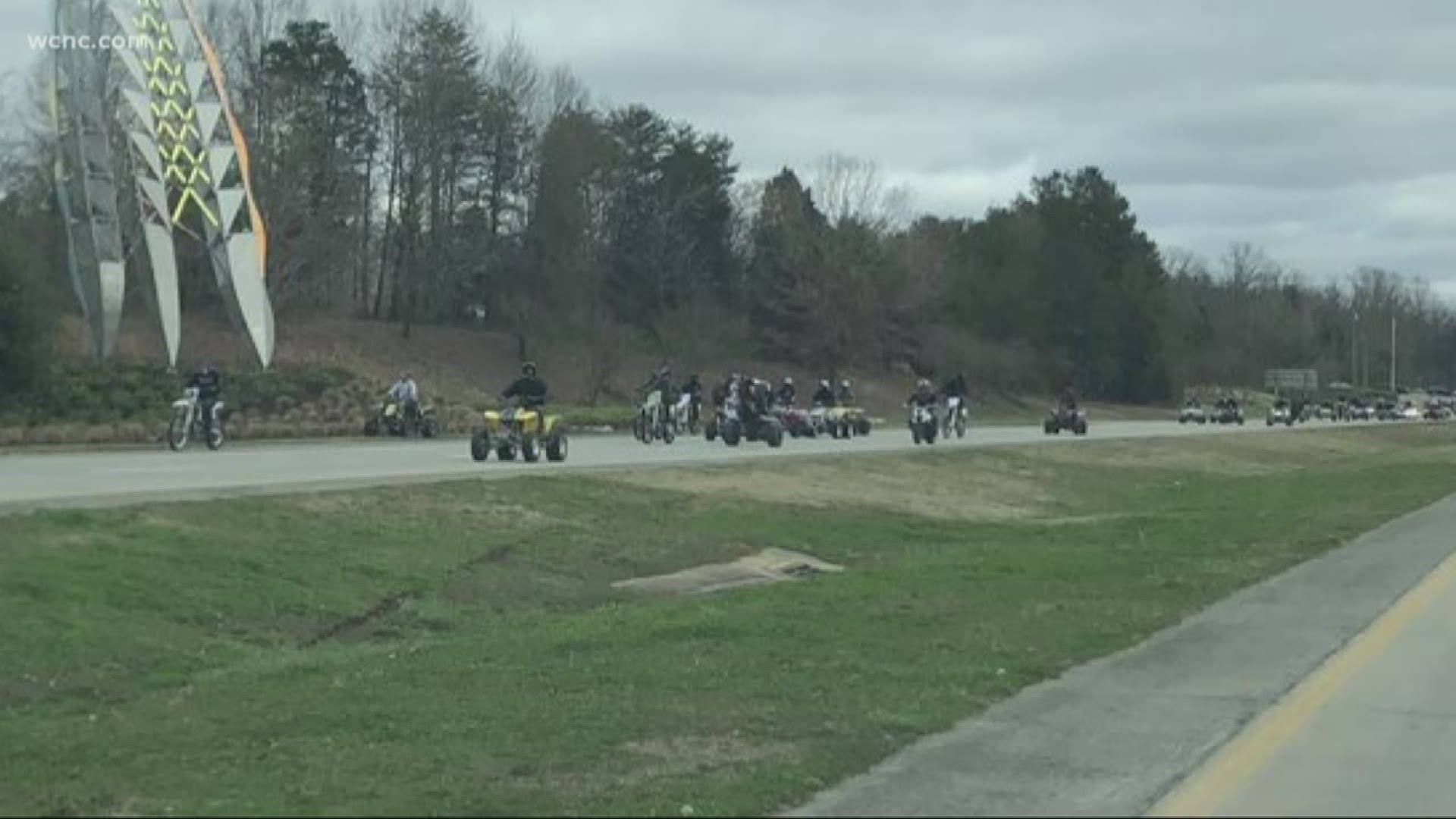 "That can be potentially dangerous or potentially deadly," said Johnathan Frisk, a Charlotte-Mecklenburg Police officer.

Over the weekend, police arrested several men for careless and reckless driving.

"We have seen videos and pictures of this sort of thing happening right here in Charlotte?" asked NBC Charlotte's Xavier Walton

Last July, this video was taken of riders getting on I-277 after witnesses said they were terrorizing drivers. In November 2017, riders were caught on camera trying tricks in traffic on Brookshire Boulevard.

"Man that's crazy," said Greg Byers. "They can endanger my life, their lives or anybody else's life on the road."

NBC Charlotte asked the police how drivers are supposed to react in case they find themselves surrounded by a large group of dirt bikes and ATVs.

"First thing is first you want to slow down," said Officer Frisk. "After you slow down in a safe manner, you want to pull over to the right side of the road stop your car and try to let them just pass you."

"Don't engage them," said Frisk. "Once you're stopped, call 911 with the direction of travel."