Traffic expected to pick up in Charlotte and across the Carolinas as millions return home from their Fourth of July celebrations. 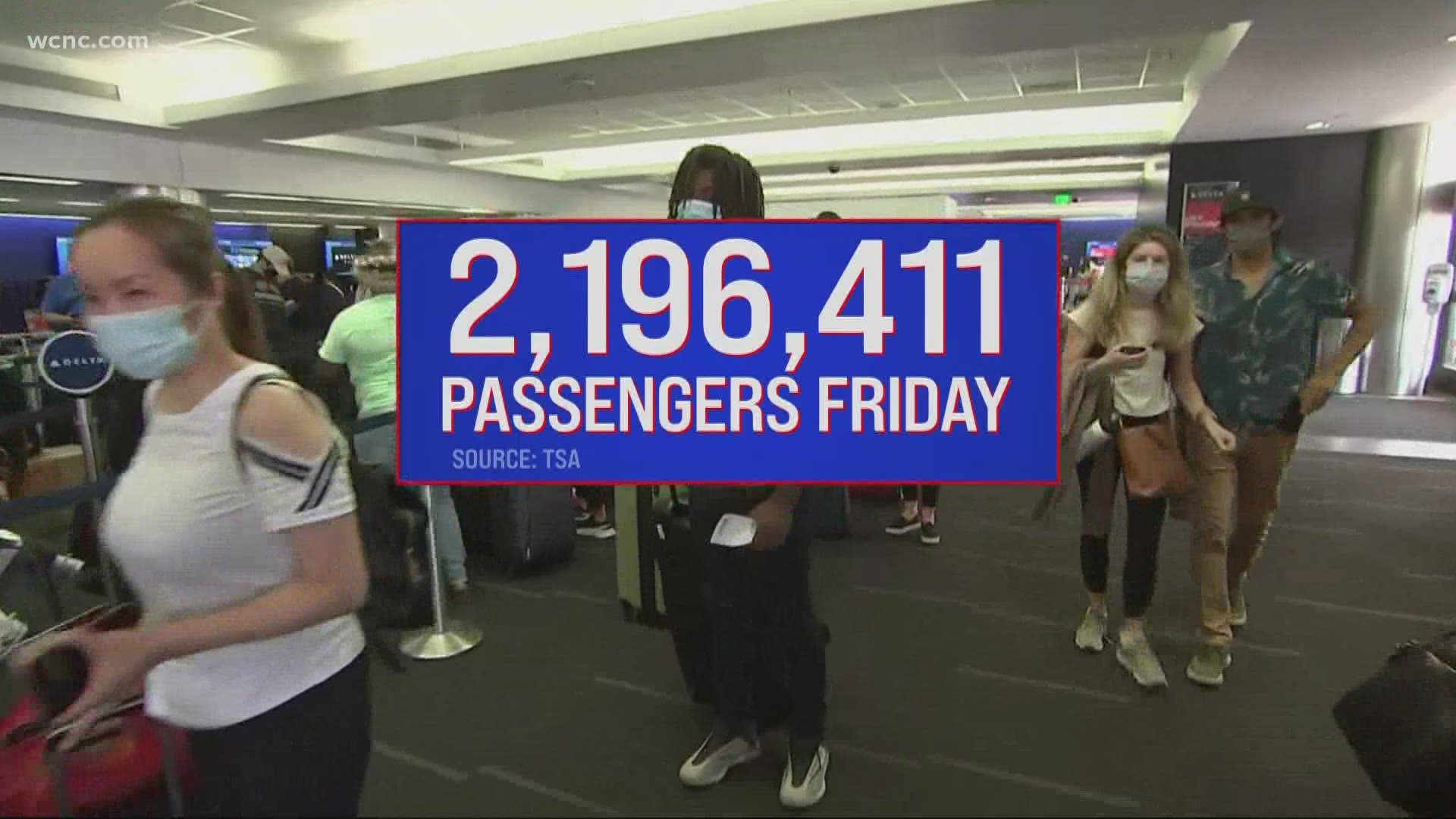 CHARLOTTE, N.C. — The first Fourth of July since the pandemic saw widespread shutdowns in 2020. In 2021, that changed. More businesses are open up, restrictions are largely loosened, and more people are taking to the skies or hitting the pavement to get a vacation in.

"We went up to Pittsburgh and West Virginia to see the grandchildren, since the pandemic this was our first time going up," Rich Cervi said.

But when is the best time to get back from, say, a Fourth of July weekend away at the beach or lake?

"It wasn't jam-packed, it wasn't as bad as I thought it would be on the Monday the day after the Fourth of the July but a lot of people out there," he said. "No accidents though which was good!"

Traffic was expected to pick up in Charlotte and across the Carolinas as millions returned home from their Fourth of July celebrations.

“Travel is in full swing this summer, as Americans eagerly pursue travel opportunities they’ve deferred for the last year-and-a-half,” Paula Twidale, senior vice president, AAA Travel said. “We saw strong demand for travel around Memorial Day and the kick-off of summer, and all indications now point to a busy Independence Day to follow.”

The majority of travelers drove to their destinations, which allows for a little more flexibility for those who may still be hesitant to travel.

"People aren't really planning too far ahead, they're going still a couple days out. so I think even when we make these predictions and we expect there's going to be 1.4 million North Carolinians traveling and of those travelers, 1.2 million of them are going to be driving, those numbers could be even higher," Tiffany Wright with AAA Carolinas said.

The holiday weekend hit as the price went up at the pump. Gas Buddy reported Friday was the greatest single-day demand for gas since 2019.

Kaitlyn Moll went from Ohio to South Carolina and was paying attention to the prices.

The same advice for hitting the road back home applies to the skies too. As life begins to return to normal, a lot of people flying through Charlotte Douglas International Airport did not expect the traffic to be this busy, both on the blacktop and at the terminal.

"At Pensacola security, there was a line all the way down this aisle," 5-year-old Lincoln Schlim said.

He visited his dad in Florida and had to practice his patience, but said the trip was worth it.

"On Fourth of July we went to the beach and there were fireworks," Schlim said.

On Friday, the TSA screened close to 2.2 million people, the highest number since the start of the pandemic. Several more people got behind the wheel and hit the road this holiday weekend. AAA says 4.7 million Americans took to the roads for the weekend, pent-up demand after last year's celebrations were canceled.

"I was just ready to go and see my family," one traveler said.

AAA is predicting it will be a busy summer travel season. It's a good idea to plan ahead because hotel rooms and rental cars are booking up fast. 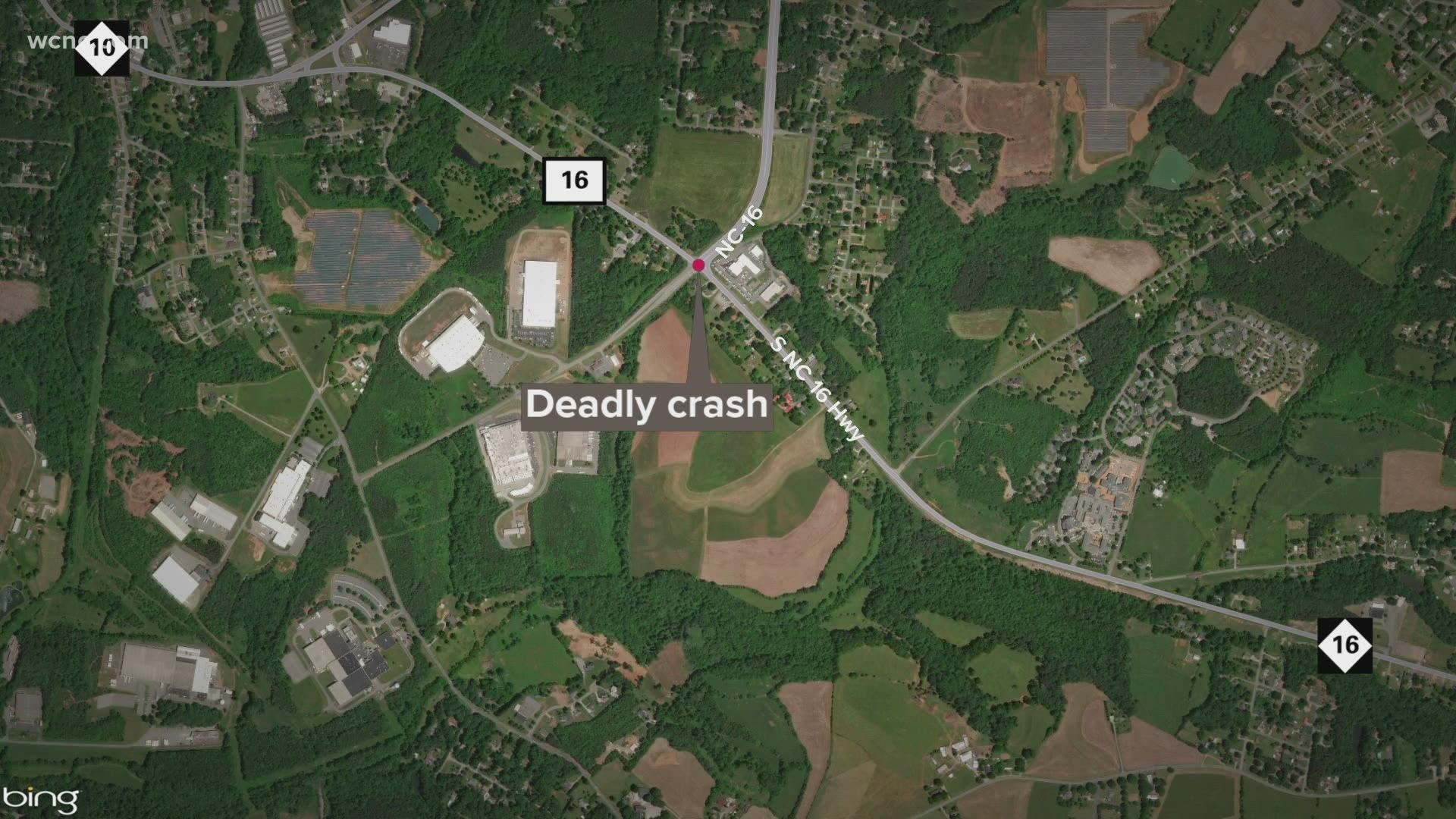 No students onboard during fatal collision involving school bus