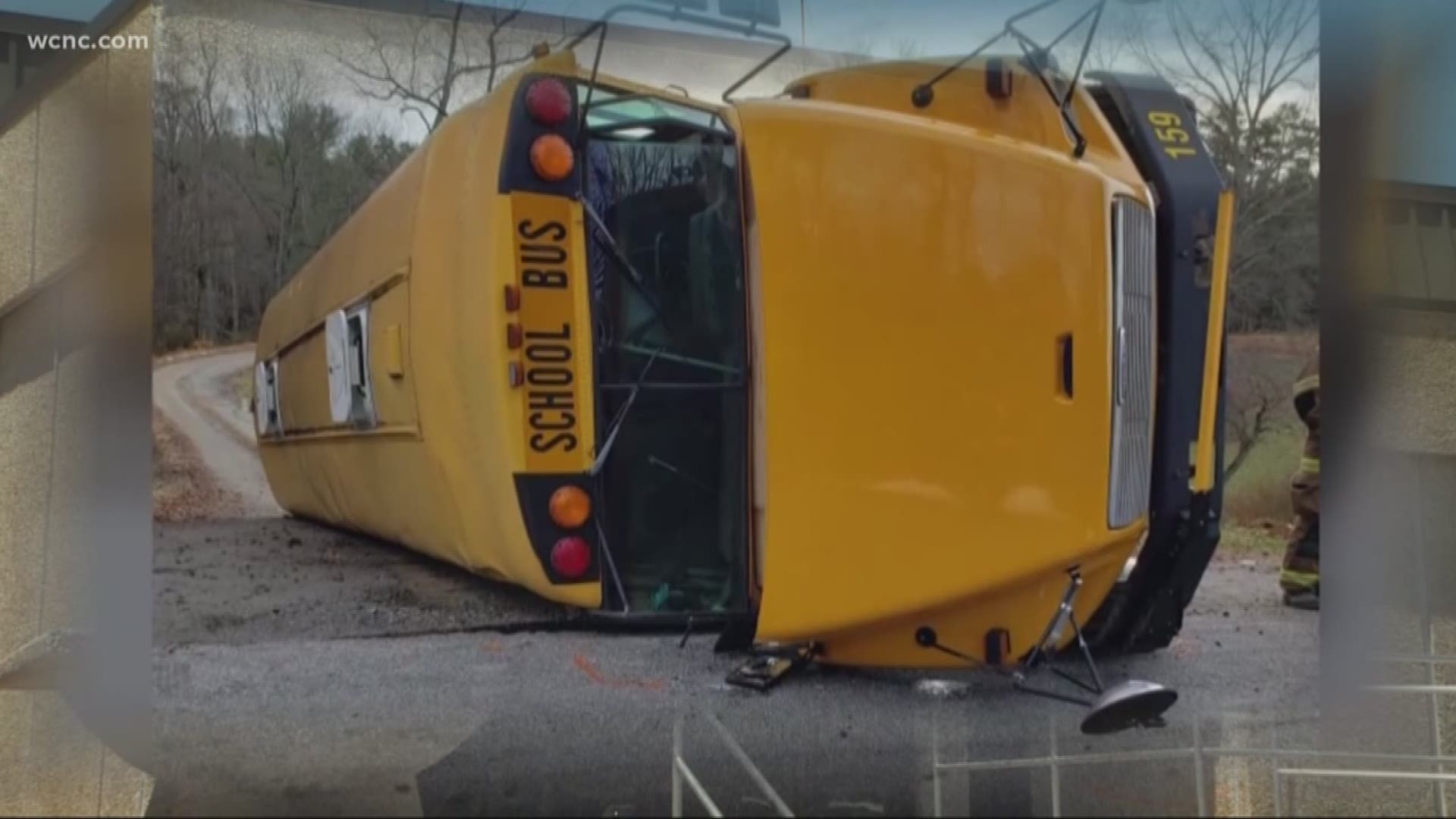 TAYLORSVILLE, N.C. — An Alexander County prosecutor revealed a grandmother tested positive for methamphetamine and amphetamine on the day she was arrested for a school bus crash that hurt 13 children back in December 2018.

The revelation came late Tuesday morning during a bond hearing for Kimberly Austin, who faces prison time for several criminal charges, including multiple felony counts of serious injury by vehicle in the crash.

Highway Patrol said on the morning of the crash, Austin was driving impaired with one of her grandchildren in the backseat when she veered into the path of an oncoming school bus and clipped it, causing the bus to flip onto its side.

In court, Assistant District Attorney Courtney Marlowe said many parents told her they want Austin to remain in jail under her current $500,000 bond.

"[She's a] danger to herself and all members of the motoring public," Marlowe said.

Hon. Deb Brown ultimately agreed to lower Austin's bond, but she only lowered it to $250,000.

Austin's case is expected to go before a grand jury next month.