According to the South Carolina Highway Patrol, the collision happened at 9:30 a.m. 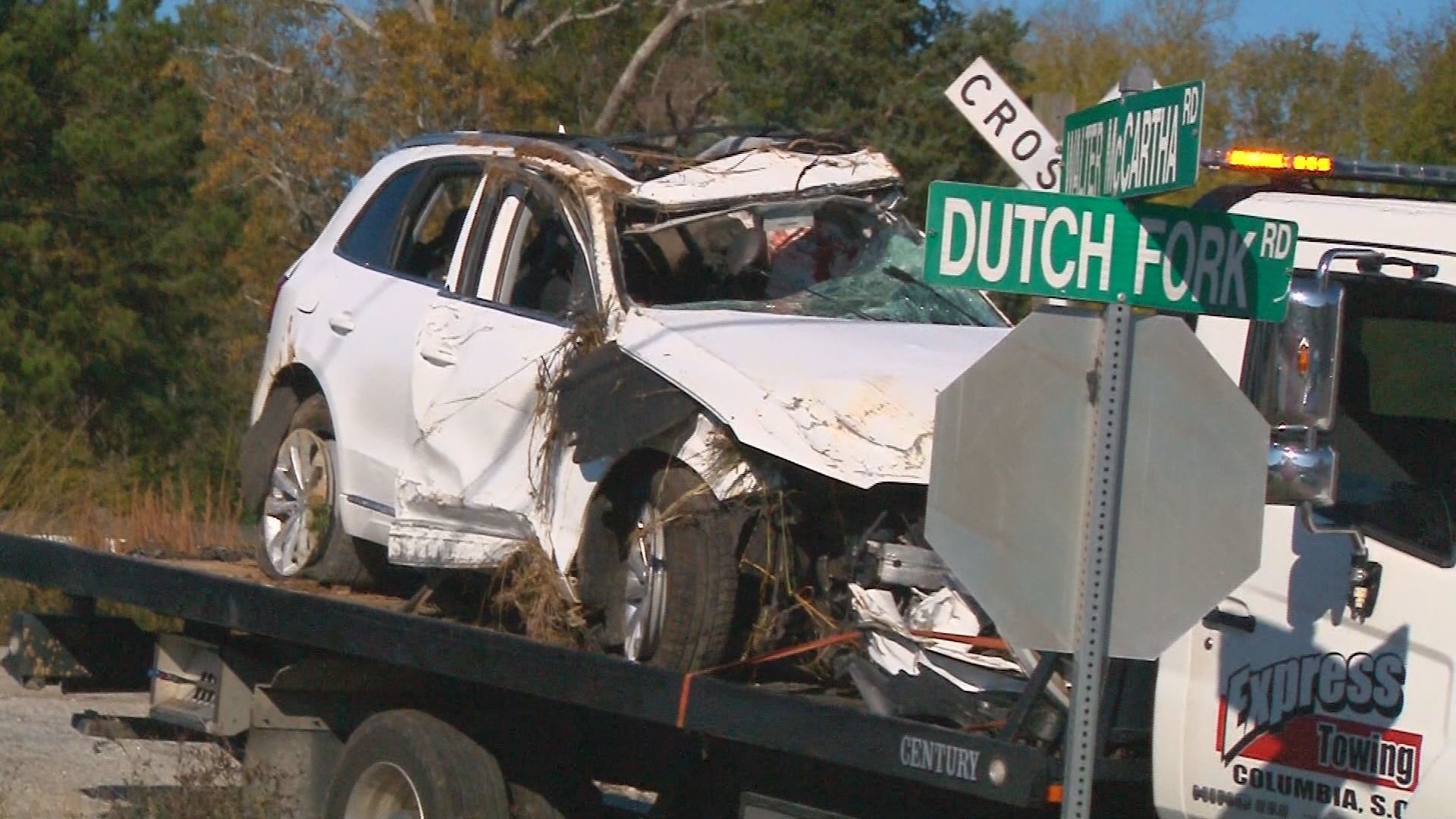 RICHLAND COUNTY, S.C. — Three people are injured after a train collided with their vehicle in Richland County Saturday morning.

Neighbors say three girls, believed to be teenagers, were in the car.

According to the South Carolina Highway Patrol (SCHP), Lance Cpl. Matt Southern, three people were transported after a train versus vehicle incident at Dutch Fork Road (US Highway 76) and Walter McCartha Road.

According to the SCHP, the incident happened at 9:30 a.m. Saturday morning. The train was traveling westbound when it struck a 2013 Audi SUV traveling south on Walter McCartha Road.

Betsy Black lives in the area and described the scene after the crash.

"Oh, I was feeling very, very unnerved, sorry for the family. Wasn't sure what I would find when I got over there. Fortunately, they were all alive and I was praying as hard as I knew to pray and there were people coming in that were able to take care of the situation," Black said.

According to SCHP, there were no arms at the intersection, only a stop sign that alerts drivers.

This accident is under investigation by the South Carolina Highway Patrol.