NBC Charlotte has reported on several other cases like this of dangerous debris hitting cars. 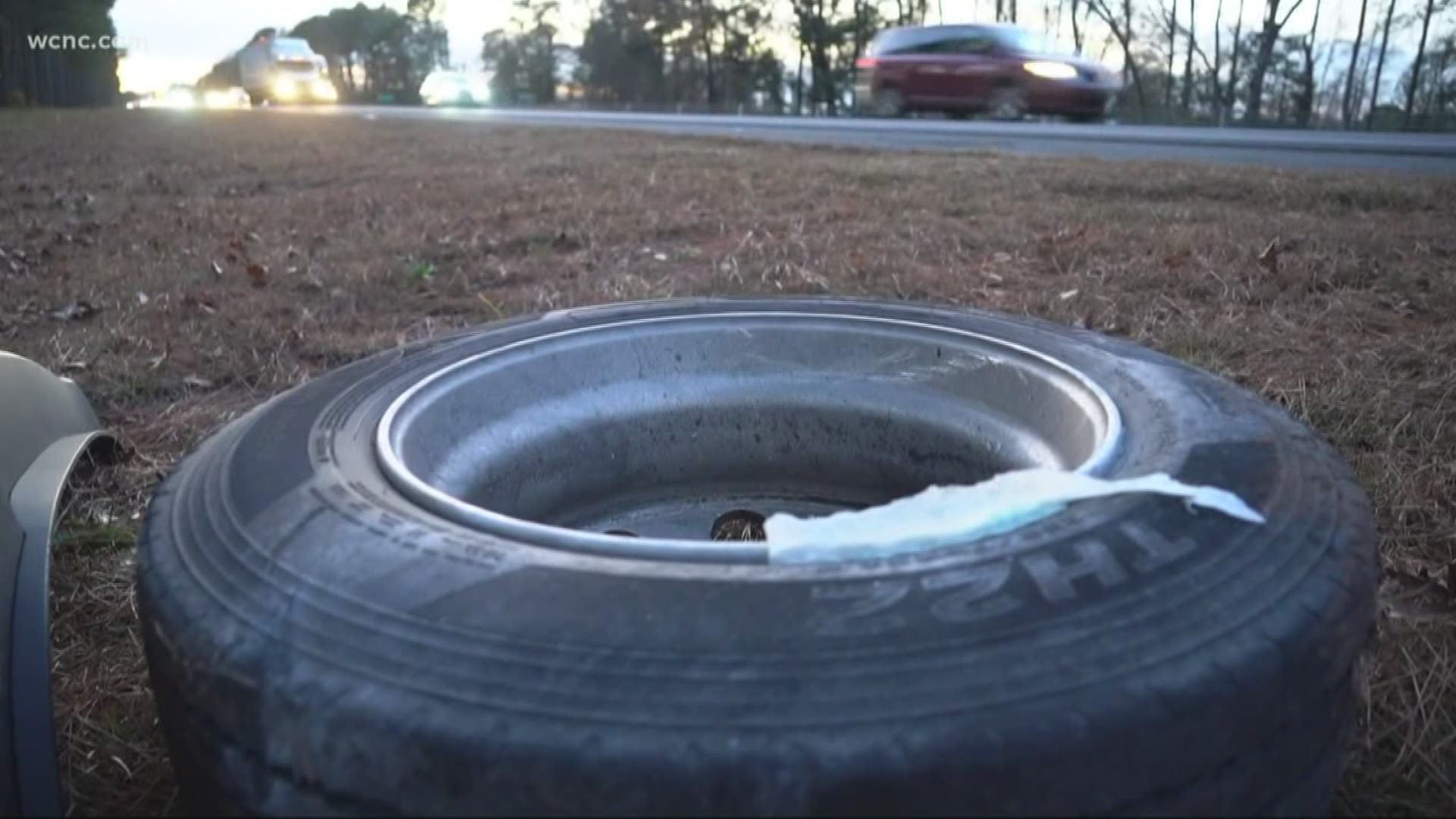 NORTH CAROLINA, USA — North Carolina State Highway Patrol investigated a crash after troopers said a tractor-trailer lost both of its rear tires while traveling I-95 near Four Oaks.

One of those tires ended up crashing into the windshield of a nearby SUV.

We’re told the truck was driving southbound on I-95, but the tire managed to bounce over the median and hit an SUV heading in the opposite direction.

The driver of the SUV was taken to WakeMed with serious injuries.

NBC Charlotte has reported on several other cases like this of dangerous debris hitting cars. AAA reports in 2017, North Carolina saw close to 700 crashes caused by debris. Out of those crashes, nearly 200 people were seriously hurt.

AAA told us, in some cases, debris-related crashes like this can be prevented.

“Just pretend that when you secure your load that your loved ones are riding right behind you,” an AAA spokesperson said.

Highway Patrol said the truck drove five miles before realizing it had lost its tires. Troopers told us this was still an active investigation. No word yet if the truck driver will face any charges.

One dead in shooting at Pearl Harbor base; Shooter ID'd as sailor