Union County neighbors are using Facebook group pages to share pictures and locations of where they’re running into potholes. They hope it will get NCDOT's attention 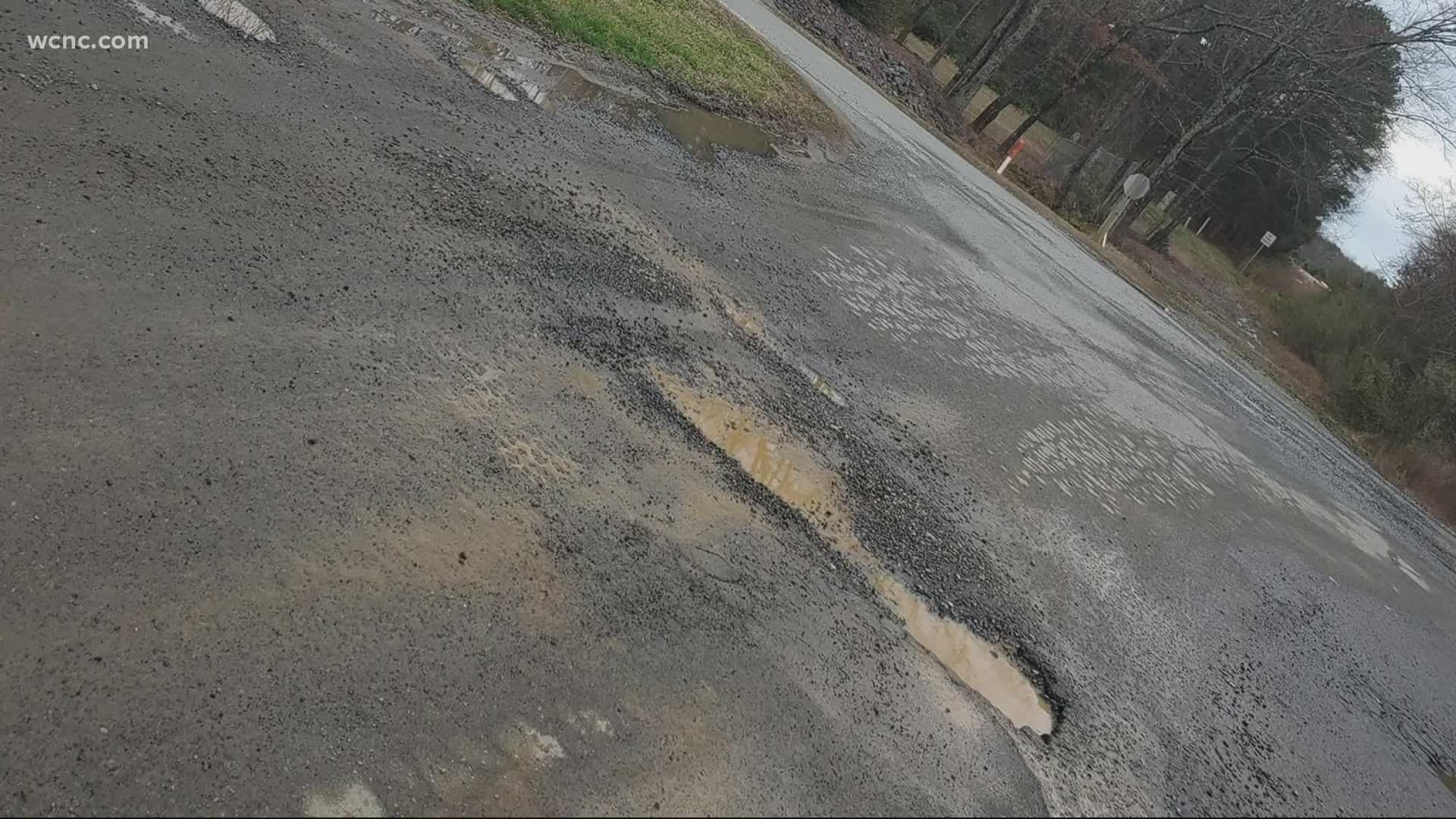 Drivers in Union County, North Carolina, are fed up with potholes, including Indian Trail Mayor Michael Alvarez, who has hit his breaking point.

He says the county's roads are crumbling. No matter where you go, Alvarez says a pothole will pop up on you in the blink of an eye.

Over the last 24 months, Alvarez said he's had to replace two wheels and five tires.

"Just recently, my wife got a brand-new car, goes [and] takes it out, hits a pothole that causes a bubble and the tire slits in half," he said. "The roads are just crumbling and the answers we get from NCDOT is, 'It's been all the rain we've had this year,' but the holes have been there before that."

Unfortunately, Alvarez isn't the only one who's had enough. On Facebook, dozens of people have shared their concerns. Neighbors are even taking it so far as to using group pages like What's Up Waxhaw and What's Up Indian Trail to share pictures and locations of where they're running into potholes.

Residents hope that if they share more photos faster, they'll get NCDOT's attention to make permanent repairs instead of dishing out money for a temporary fix.

RELATED: 'There's no way to see anything': Drivers frustrated with dangerous intersection

"When somebody hits one and it busts a tire or a rim, that's a week, maybe two weeks of pay to fix that," Alvarez said.

NCDOT's Jennifer Thompson issued the following statement to WCNC Charlotte: "When potholes are reported our goal is to repair them within two business days. there are circumstances that would extend that time - primarily with weather."

If a vehicle is damaged because of a pothole, NCDOT generally submits the driver's claim, as well as its own report, to the North Carolina State Attorney General's Office, which will determine whether NCDOT knew about the pothole and made an effort to fix it within a reasonable amount of time. If the attorney general denies the claim, drivers can appeal to the North Carolina Industrial Commission.

To report other issues or concerns on state-maintained roads, citizens can call 1-877-DOT-4YOU or go online to Contact Us page.

RELATED: Woman puts up sign to slow down speeders on busy Concord road