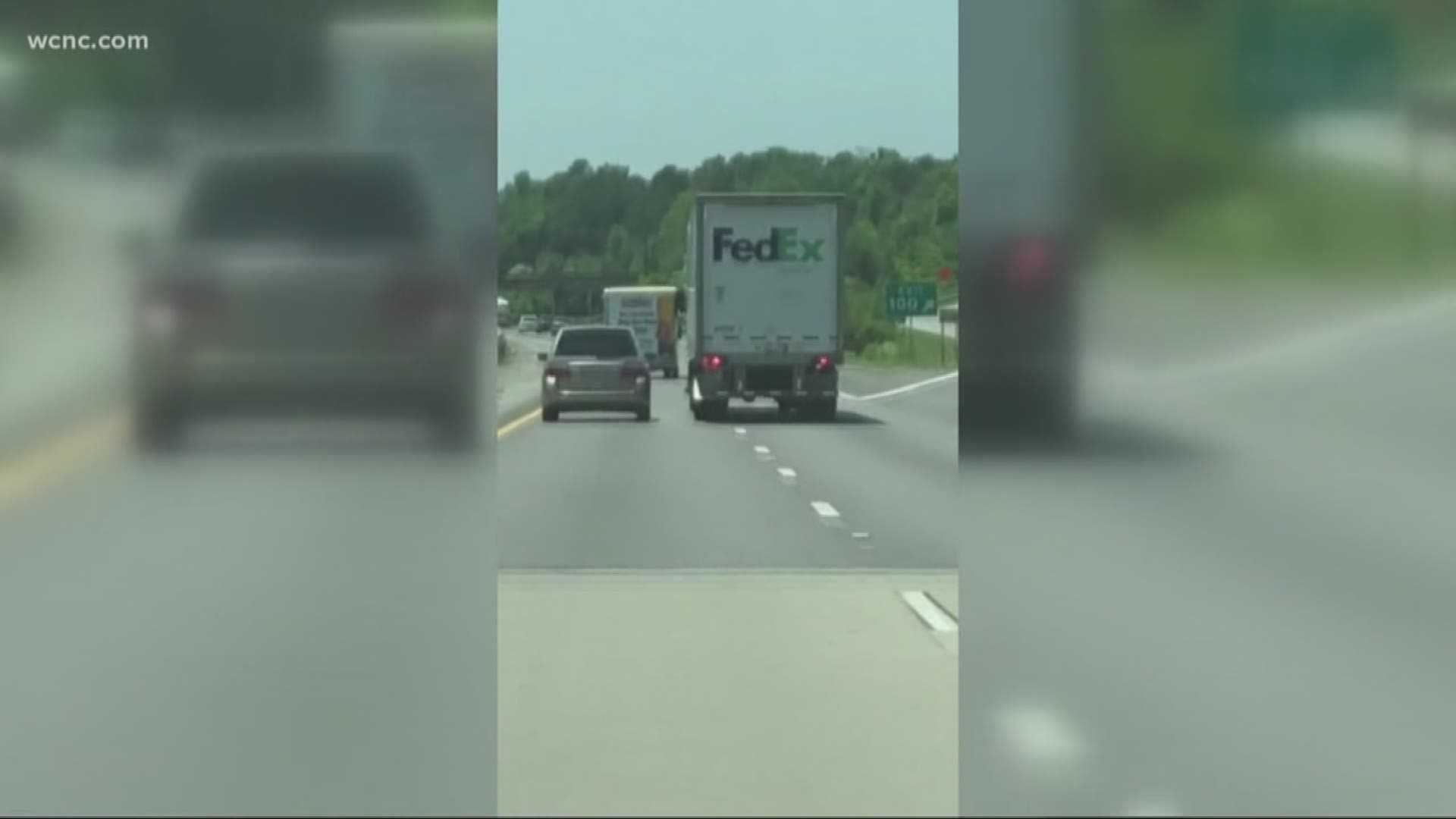 BLACKSBURG, S.C. - FedEx announced it's launching a review after thousands watched a video showing one of the company's tractor-trailer nearly crashing into a minivan along I-85 Friday near Blacksburg, South Carolina.

The video, which has been viewed on Facebook more than 5,300 times since it was posted Wednesday, shows a FedEx tractor-trailer signaling to move into the left lane, which is occupied by a minivan.

As the tractor-trailer merges into the left lane, the minivan swerves to the shoulder before it speeds up and overtakes the big rig.

Several seconds later, the truck driver merges over to the right and accelerates, and he appears to get so close to the SUV in front of him that he has to step on his brakes.

"He's got road rage for sure," a second woman can be heard commenting.

"Yeah, he literally just ran him off the road," the first woman responded.

Judging solely by what's in the video, he said the minivan is in one of the tractor-trailer's "no zones," which is the blind spot to the immediate left of the big rig.

"Safety is our top priority at FedEx Ground and we hold contracted service providers to maintaining the highest safety standards on all roadways. We are aware of this incident in the Charlotte area and are grateful that no injuries occurred. We are reviewing the circumstances behind this video and will take the appropriate steps to address this matter." 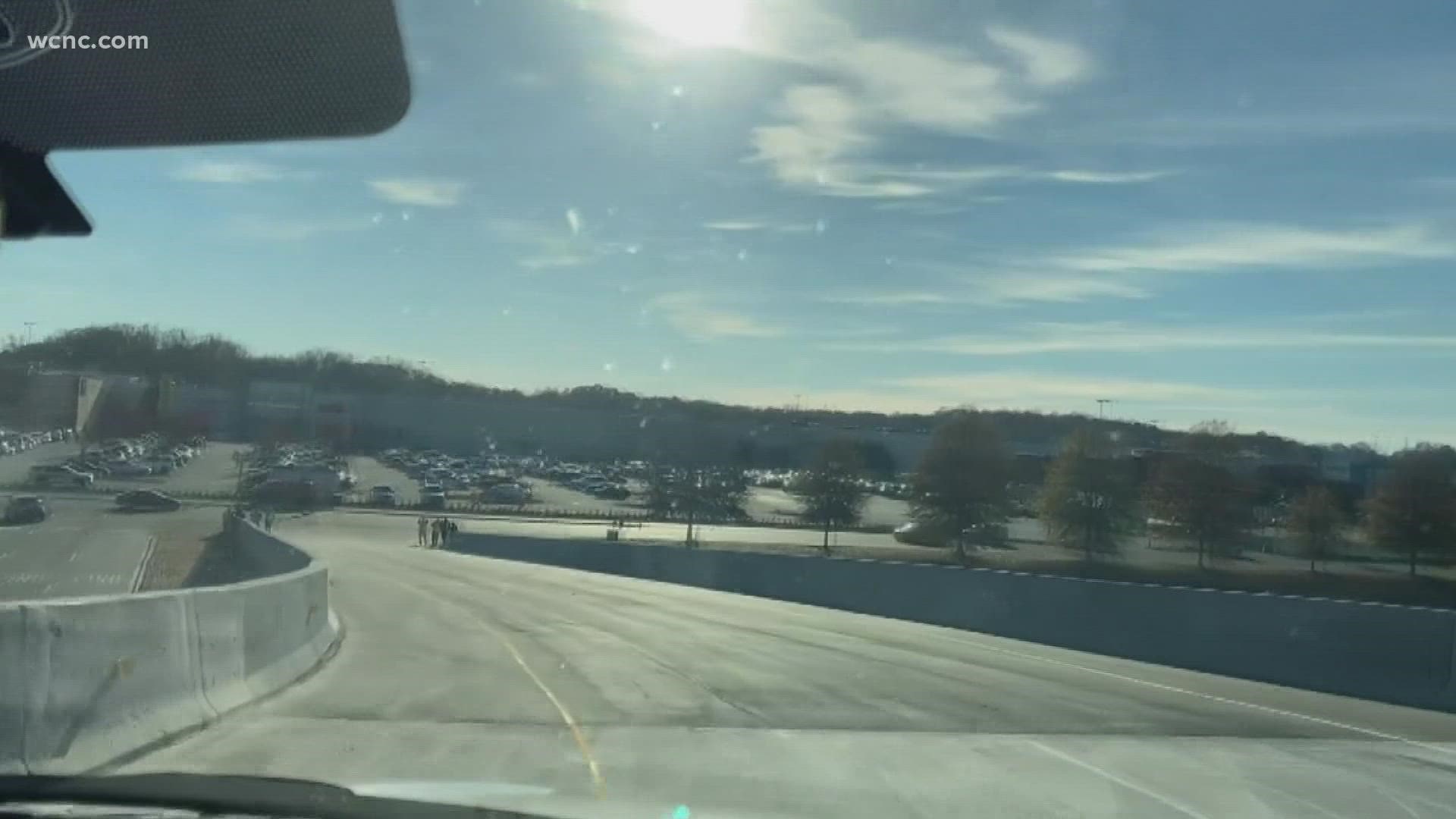