Amy Michelle Jones is fed up with people speeding where she frequently walks her horses near Odell School Road and Windy Road in Cabarrus County. 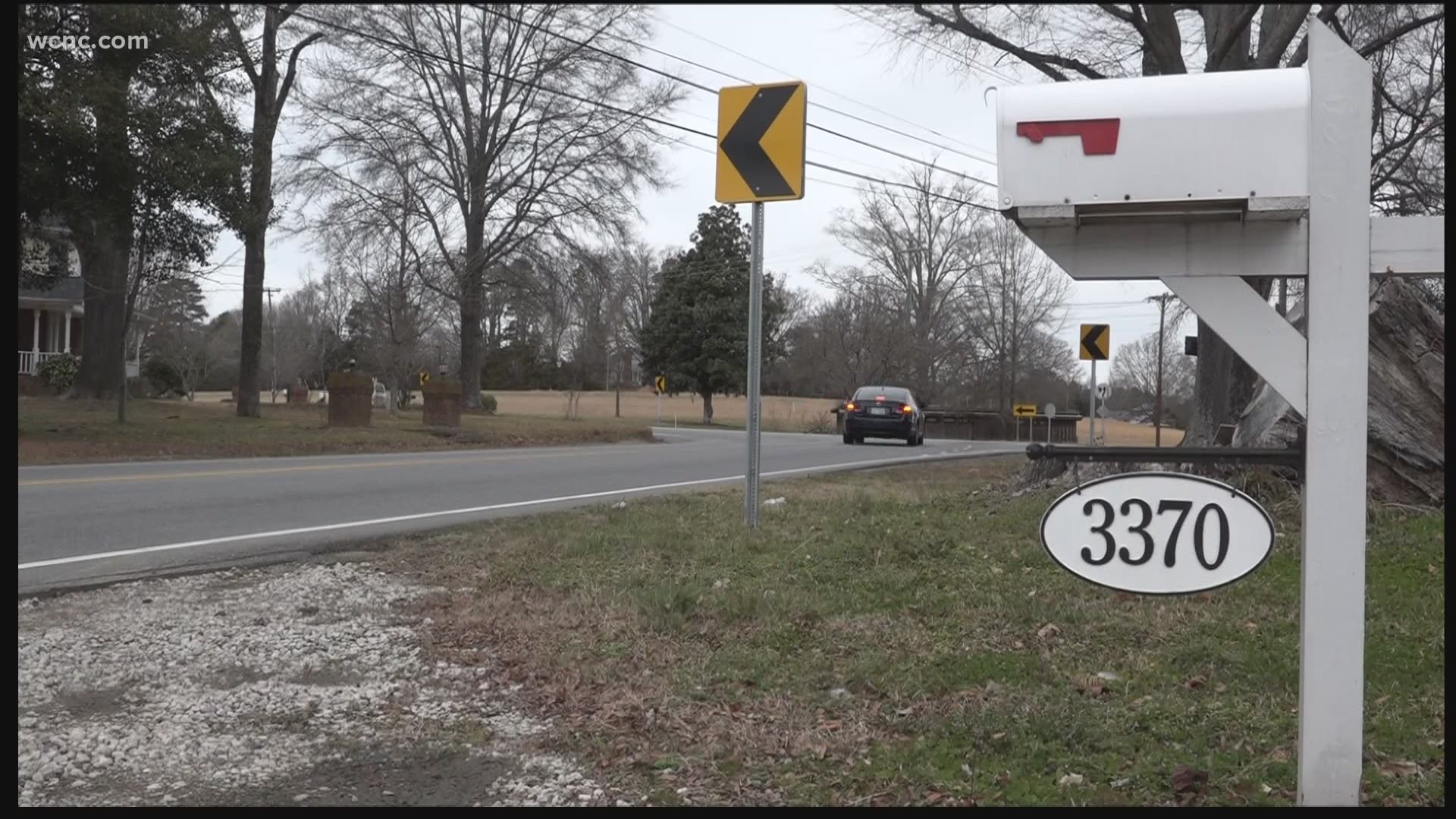 CONCORD, N.C. — Amy Michelle Jones is tired of folks speeding near the intersection of Odell School Road and Windy Road in Cabarrus County.

Jones has owned acres of farm land near that Concord intersection for nearly 20 years and frequently walks her horses near there. She says drivers are using Odell School Road as a shortcut to get to Mooresville, Charlotte or I-85 rather than using Kannapolis Parkway, a four-lane divided highway just a few miles up the road.

"People are passing on a double-yellow line," Jones said. "Headed into oncoming traffic because they cannot wait for us to get, it's not even a quarter of a mile, from one of our driveways to the other."

She started recording her experiences, capturing numerous vehicles crossing the double-yellow line to pass them going into the blind curve.

The North Carolina Department of Transportation (NCDOT) put additional warning signs up, but Jones says people still aren't paying attention. So she contacted WCNC Charlotte's Ruby Durham to find out what can be done about the situation.

THE ANSWER: WCNC Charlotte headed out to the area and noticed at least a dozen cars speeding by the area Jones is concerned about.

Her concerns were brought to Jen Thompson of NCDOT, who said back in 2018, crews installed orange warning signs along with 20 mph advisory speeds after similar complains. Last year, NCDOT also added chevrons to alert drivers of a sharp curve.

NCDOT said they will continue to monitor the curve and crash history at the intersection but no additional changes are being funded at this time.

In the meantime, Jones took matters into her own hands by purchasing her own sign in hopes to slow down drives. The sign has traffic signals for horses, pedestrians, bikes and tractors. She spent $375 on the sign and hopes people will pay attention.

If there's a road, intersection or other traffic situation that's driving you crazy, Ruby wants to hear about it. You can email her, or contact Ruby on Facebook and Twitter.

RELATED: These 14 miles of Mecklenburg County roads are selected to get a facelift