Woodlawn Road back open after crash knocks down power poles 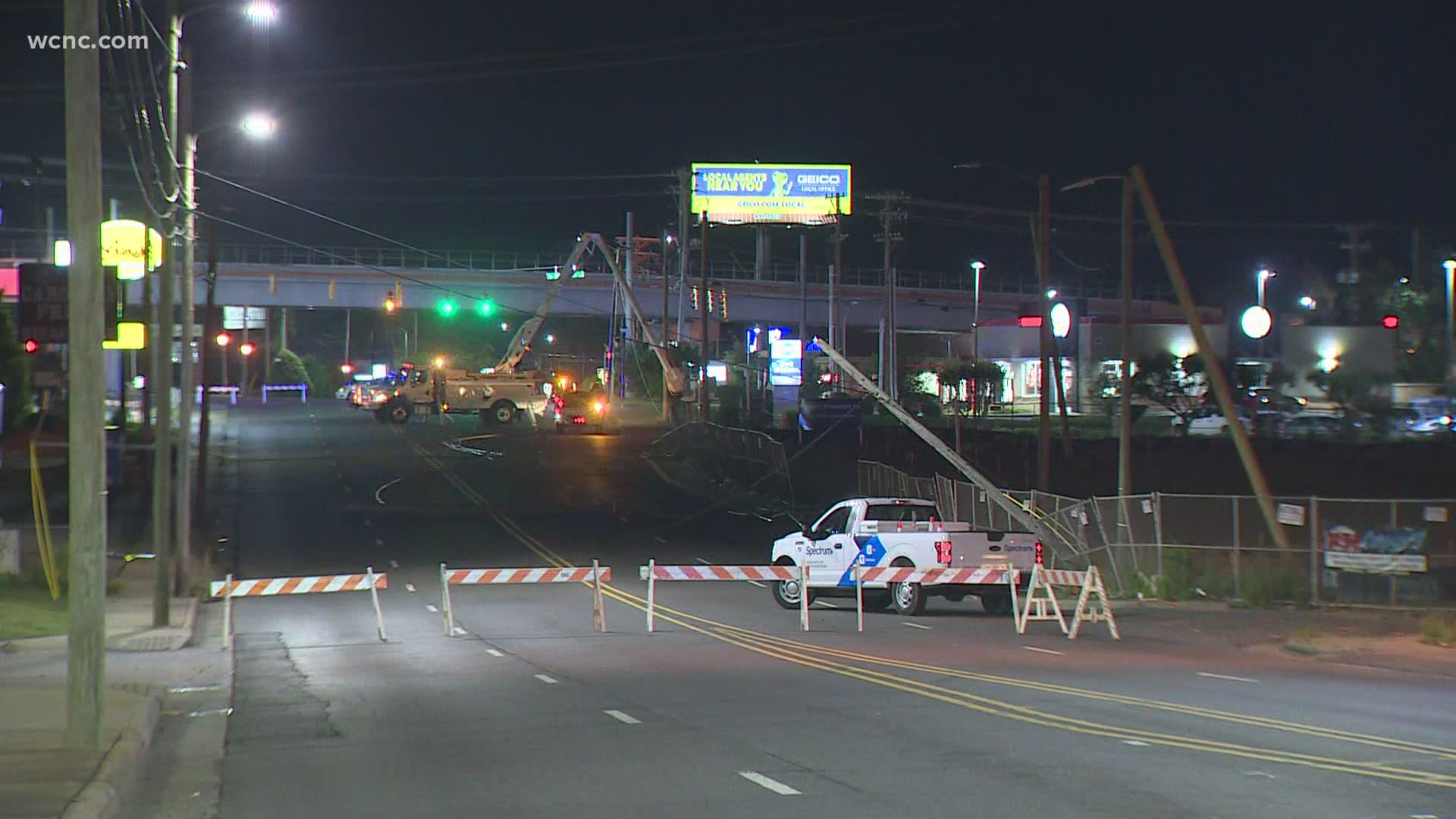 CHARLOTTE, N.C. — A portion of Woodlawn Road in south Charlotte is back open after a crash knocked down multiple power poles late Thursday night.

Woodlawn Road reopened a little after 8 a.m. Duke Energy crews remained on the scene working to replace the damaged poles and lines. Just one power outage was reported due to the crash, according to Duke.

Charlotte-Mecklenburg Police has not said what caused the crash or announced any charges.

RELATED: Parts of Carowinds closed this weekend due to uncertainty around gas shortage