A spokesperson for American Airlines said the company expects to cancel 50 to 80 flights each day through mid-July due to a worker shortage. 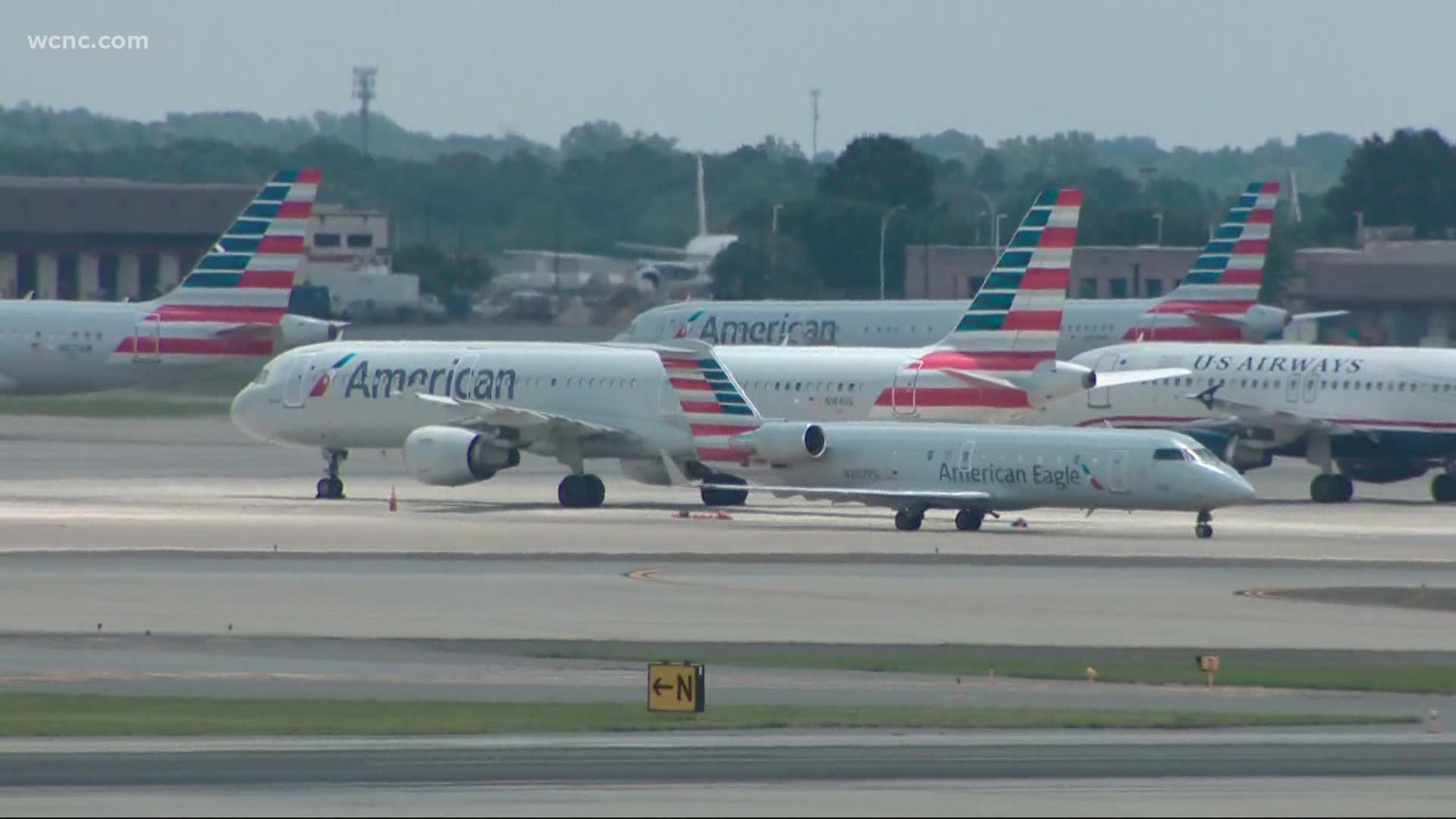 A spokesperson for American Airlines told WCNC Charlotte the company expects to cancel 50 to 80 flights a day through mid-July. These cancellations are in addition to any flights that are canceled due to severe weather. Earlier this month, hundreds of people were stranded at Charlotte Douglas International Airport when flights were grounded by storms.

"They said, 'Oh, we can't give you blankets, pillows or cots because of COVID,'" one woman said. "All the hotels were sold out. As far as what they could do? They could have flight crew available. If you have planes scheduled, why are there no flight crews? It's ridiculous."

American told WCNC Charlotte that unprecedented weather, combined with labor shortages among some of its vendors and increased demand has led the airline to this decision. The airline issued the following statement to WCNC Charlotte:

"We made targeted changes with the goal of impacting the fewest number of customers by adjusting flights in markets where we have multiple options for re-accommodation."

American Airlines told WCNC Charlotte adjusting the schedule allows for more of a buffer in operations and avoids using all of its reserves. The bad weather in June exacerbated the challenge, which is why the airline said it making these changes in anticipation that more weather could occur.

American Airlines said it will attempt to notify customers far in advance and give them the opportunity to rebook flights through their app.

Captain Dennis Tajer, spokesperson for the Allied Pilots Association (APA) which is the union that represents the 15,000 pilots of American Airlines, said the news was disappointing.

“It was a nightmare to go through the pandemic," Tajer said. "It was a dream to see the recovery, and we’re back in a nightmare where we’re canceling flights with full airplanes. That’s unacceptable.”

TSA reported scanning more than 2,100,761 people Sunday, the highest checkpoint volume since the start of the pandemic.

“It’s time to get back up and get to the business here," Tajer said. "We owe it to our Charlotte passengers and those across the globe to show that we’re going to be the shining example of how to get this done. We’re ready. Passengers are ready. Now we need management to step up.”

Tajer said the pilots are ready to fly, and the union would like to see flexible scheduling and overtime as part of the solution.

American Airlines told WCNC that pilots can pick up additional time as long as it meets the FAA flight and duty rules, and there are some trips available for premium pay.