As more people take to the skies, incidents of unruly behavior are on the rise 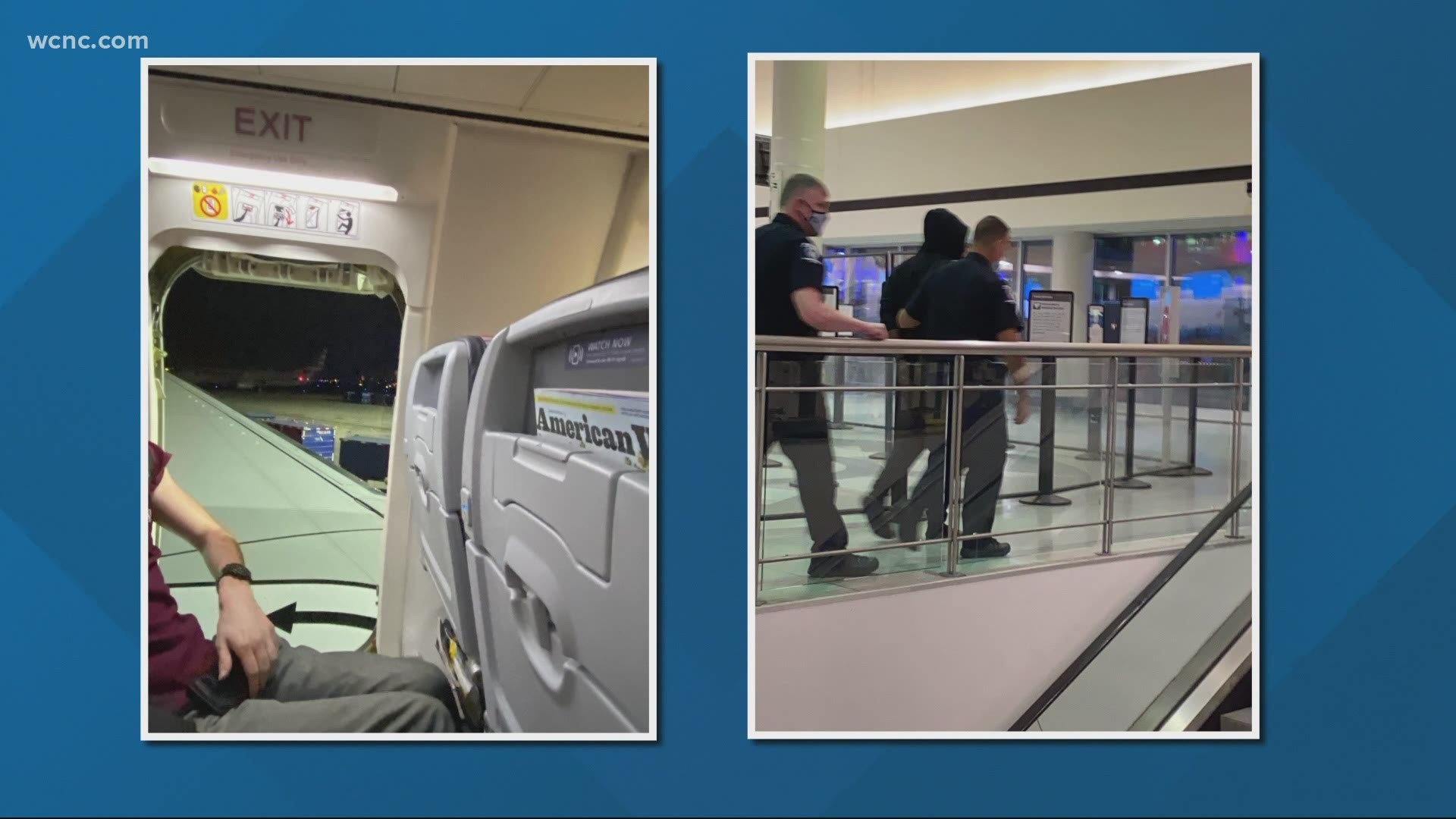 CHARLOTTE, N.C. — The travel rush is on for Fourth of July. The Transportation Security Administration says they screened 2,147,090 people at airport security checkpoints on July 1. This surpassed the 2019 volume of 2,088,760.

There were long lines at Charlotte Douglas International Airport Friday, where TSA is screening 27,000 to 28,000 people a day.

As more people start to travel again, there has been a rise in unruly behavior from passengers.

The latest incident on a flight from Charlotte to Baltimore. A passenger was arrested after opening the exit door and climbing out onto the ramp, Thursday. The passenger apparently frustrated, after sitting on the tarmac for nearly three hours after the flight was delayed and eventually canceled.

"I saw that, I was like that's crazy I couldn't imagine that happening," traveler Clay Dimick said.

With COVID-19 rules still in place, airlines and airport employee's have experienced more violent and sometimes dangerous behavior from passengers.

"It sucks, it sucks, it's just getting extreme," local president of Communication Workers of America Donielle Prophete said. "The other day we had a passenger who was intoxicated and the pilot wouldn't let him on and he just went off, he ended up hitting our agents."

Prophete says it's been a summer from hell for people who work at the airport, she says they deserve better.

"Everybody is antsy I get it, you've been locked down for a long time and just coming back out but our employees have worked through the whole pandemic," Prophete said.

Travelers dealt with long lines and flight delays at the CLT Airport.

Prophete offers some advice to be a peaceful traveler.

"The biggest advice I would have is to not drink in the airport, understand that we're here to help you, were not here to harm you and don't come in thinking you can harm us," Prophete said.