The expansion is a $600 million project that will take five years to complete. 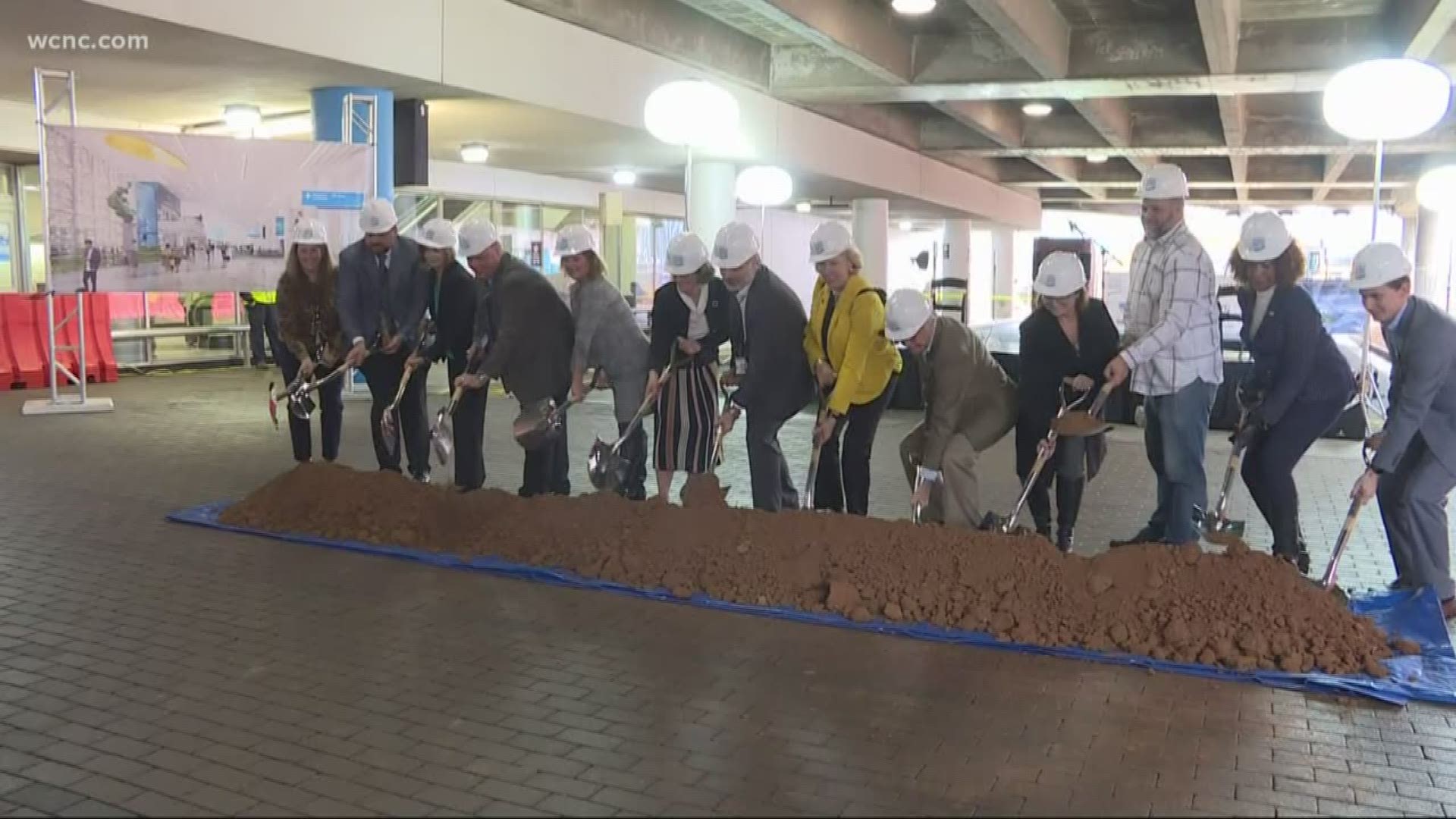 CHARLOTTE, N.C. — Another big project is getting started at Charlotte Douglas International Airport, just in time for the second wave of holiday travel.

Tuesday morning, officials broke ground on the lobby expansion, a $600 million project that will take five years to complete.

Airport officials say it won’t have any major impact on Christmas travel, but there will be many changes at the airport in the next several years.

They say this project is necessary -- when it was built the lobby was meant to accommodate 2.8 million people. Last year, 12.5 million people traveled through.

Another construction project at the airport has taken off. Officials are breaking ground on a 200,000 square foot expansion of the lobby.

Security checkpoints will be made larger and more efficient, there will be more ticketing and baggage claim areas, and they’re adding overhead pedestrian bridges to connect the parking deck to the terminal.

“It’s certainly a feat of engineering and logistics to be able to do that keep the terminal functioning and also expand the lobby at the same time,” Cagle said.

It will cost $600 million, all paid for with airport revenue. Officials say the project is a sign of just how much Charlotte is growing.

“It’s the biggest expansion project in terms of dollar amount that the airport has taken on and I would say it’s one of the most exciting our city has ever seen, because it impacts so many people,” Mayor Pro Tem Julie Eislet said.

Construction will be in 12 phases, it’s set to be completed in the fall of 2025.