“It will be very helpful to our customers if they are in the building two hours prior to departure,” Jack Christine, COO at Charlotte Douglas Airport, said. 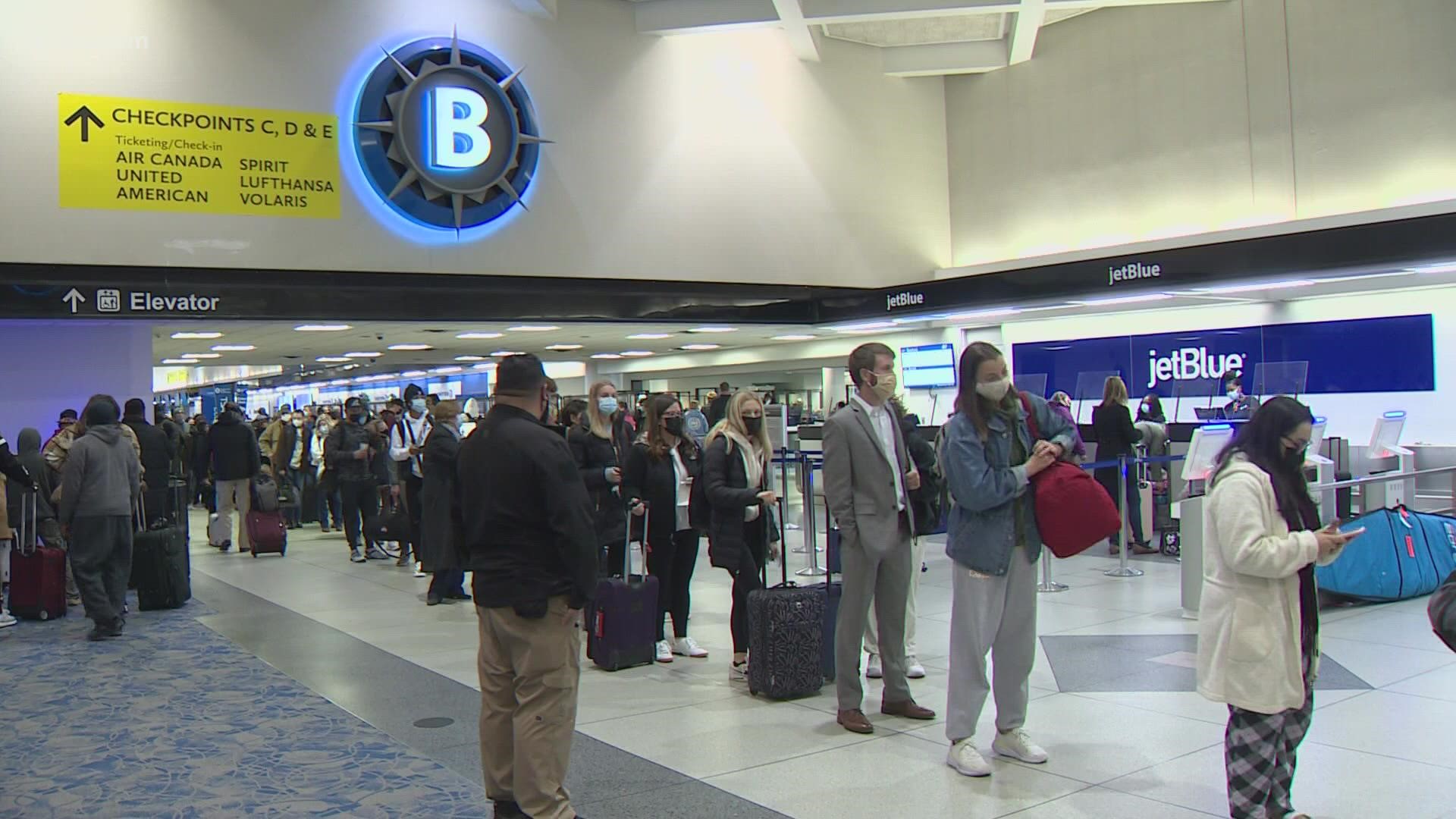 CHARLOTTE, N.C. — Thanksgiving travel is almost back to pre-pandemic levels at airports across the United States including Charlotte, according to the Transportation Security Administration.

AAA predicts more than 53 million Americans will travel over the Thanksgiving holiday, a 13%  jump from last year.

On Tuesday, the Transportation Security Administration screened more than 2.2 million passengers. That’s more than double its numbers on the same day last year.

One woman who arrived at Charlotte Douglas International Airport from Tampa said the lines at the airport for all services were long.

“Hectic crowds that we haven’t seen in a very long time, especially with COVID. We haven’t been around people in quite a long time," Safiah Afify told WCNC Charlotte's Shamarria Morrison. “Tampa airport was not like Charlotte though. I would say the Tampa airport is rather smoother and people were able to space out. Here you can’t quite space out at all.”

So far so good for on time flights to and from Charlotte. pic.twitter.com/VAqAOudO39

You can speed up the line by knowing what you can and can not bring in your carry-on bags. If you want to bring home grandma’s mac and cheese you can. TSA says solid foods like pumpkin pies, green beans, and mac & cheese are good to bring as carry-on luggage. What you can’t bring are liquids over 3.4 ounces. That includes any homemade eggnog or a wine bottle. You’ll have to put it in a checked bag or throw it away.

“People here are really nice getting you moving through, the airline was on time getting us here and apparently getting us home,” Lea Vaassen said.

Spirit, American, and Southwest Airlines say they are ready to handle the crowds, with American and Southwest are offering incentives for employees to work over the holidays.

Christine warned travelers that this holiday season is not the time to run late.

“It will be very helpful to our customers if they are in the building two hours prior to departure,” he said.

It is PACKED at the @IntlAirportCLT! Thousands of people coming in and out to get to their families this Thanksgiving. @wcnc pic.twitter.com/EfcQFyD6Hp

But making the flight isn’t the only thing passengers are worried about.

An incident at Atlanta’s airport sent crowds in a frenzy after a gun discharged near a TSA screening area. Vaassen said instances like that make the long lines worth it.

”Those things can and will happen but I hope it reminds people that TSA and airport security is just critical,” she said.

Millions of travelers hit the road ahead of Thanksgiving

Many frustrated drivers took to the roads instead of the skies Wednesday.

"It's terrible, you will be going 65 miles 75 miles an hour then you come to a complete stop," Paul Wilson said.

Paul and Janise Wilson are heading to Charleston from West Virginia to visit their son and daughter-in-law for Thanksgiving. The Wilsons are just two of the 48 million Americans that AAA says will be driving this Thanksgiving holiday.

"It's one of the busiest weekends all of us are going to see our families," South Carolina Master Trooper Gary Miller said.

"This weekend, our traffic looks like it's going to be back up from pre-pandemic levels so what we want you to do is be prepared to look at your route," Miller said.

He added with construction on I-77, it is especially important to know which route you could take. Miller also said to remember to slow down and give room in between cars.

"The rules of the road are out there to keep you safe," Miller said.

Before you head out on the road, Gas Buddy's Patrick De Haan encourages people to check prices at the pump to find the best price.

"For anyone hitting the road for Thanksgiving, certainly shop around -- South Carolina prices seem to be a little less," De Haan said.

De Haan pointed out that gas prices will continue to decrease and suggested waiting until after Thanksgiving to fill up if you are able. 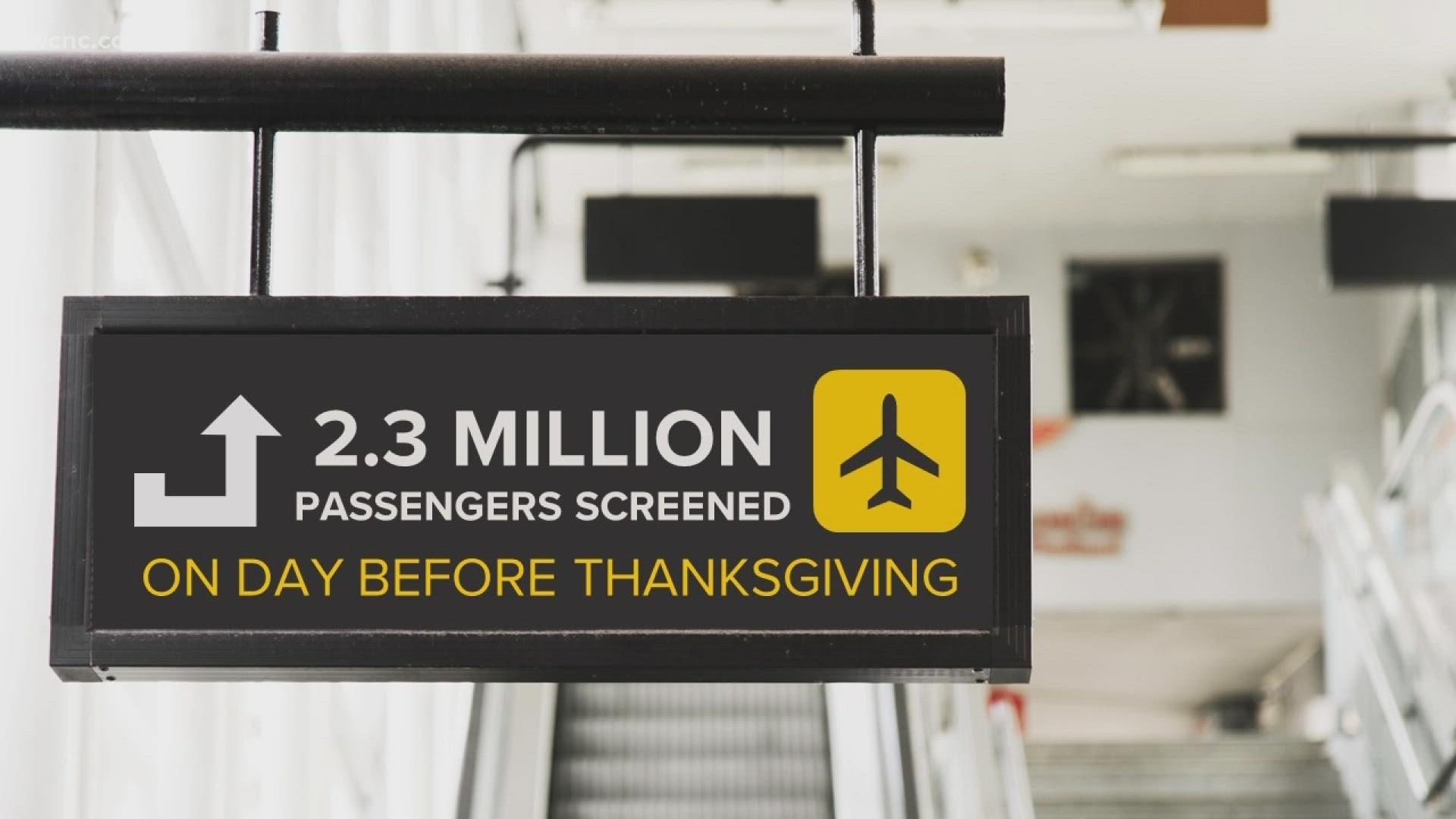