The Charlotte City Council took another step towards realizing the Silver Line light rail from Belmont to Matthews. 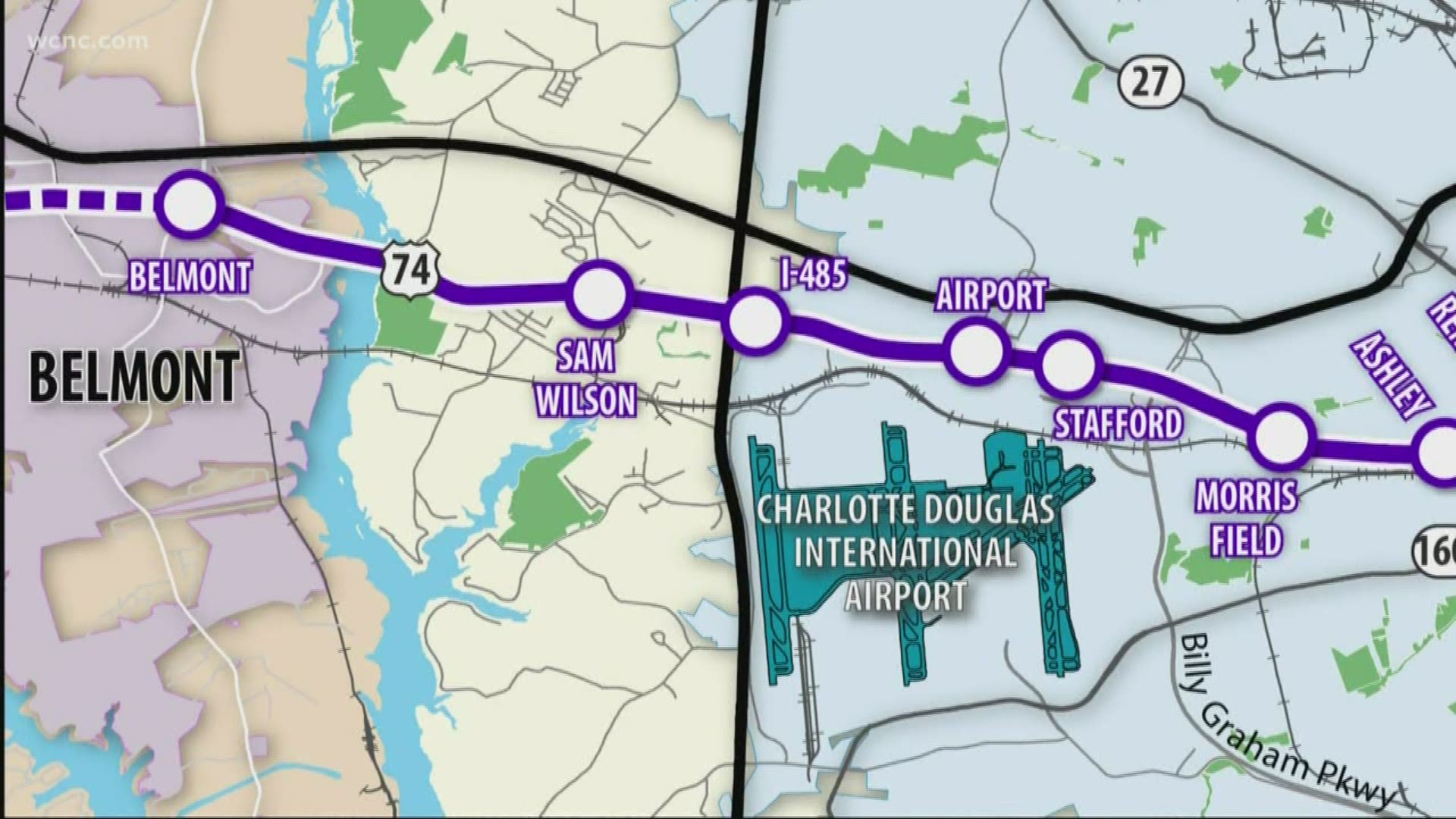 BELMONT, N.C. — People in Gaston County are feeling a mix of excitement, cautious optimism, and dread after Charlotte's city council approved a $50 million study to look into constructing a new light rail line from Belmont to Matthews.

The proposed Silver Line would run from Belmont to Charlotte-Douglas International Airport into uptown and end in Matthews.

"It can't get here soon enough. We have traffic problems with the limited crossings over the Catawba River," Bailey said. "The sooner we can get that light rail over to Belmont, the better off we'll all be."

But the potential for growth prompts a lot of questions from Marc Seelinger, who won a seat on Belmont's city council last week after he promised to limit over-development and make smarter growth decisions.

"I think having some additional transportation options is definitely something that will benefit our city," Seelinger said. "I just want to make sure that we're being thoughtful and deliberate about the planning that goes into that."

On Facebook, some Gaston County residents criticized the light rail line, expressing concern it would lead to out-of-control development.

The $50 million study is expected to last two to three years.

Chick-fil-A drive-thru lines are already blocking traffic. Why it's going to get worse at 2 locations

Eric Reid on Kaepernick workout: Is this real?