When airline food workers in London went on strike, hundreds of flights had to be canceled or delayed, and many others didn't have any food or drinks on board. 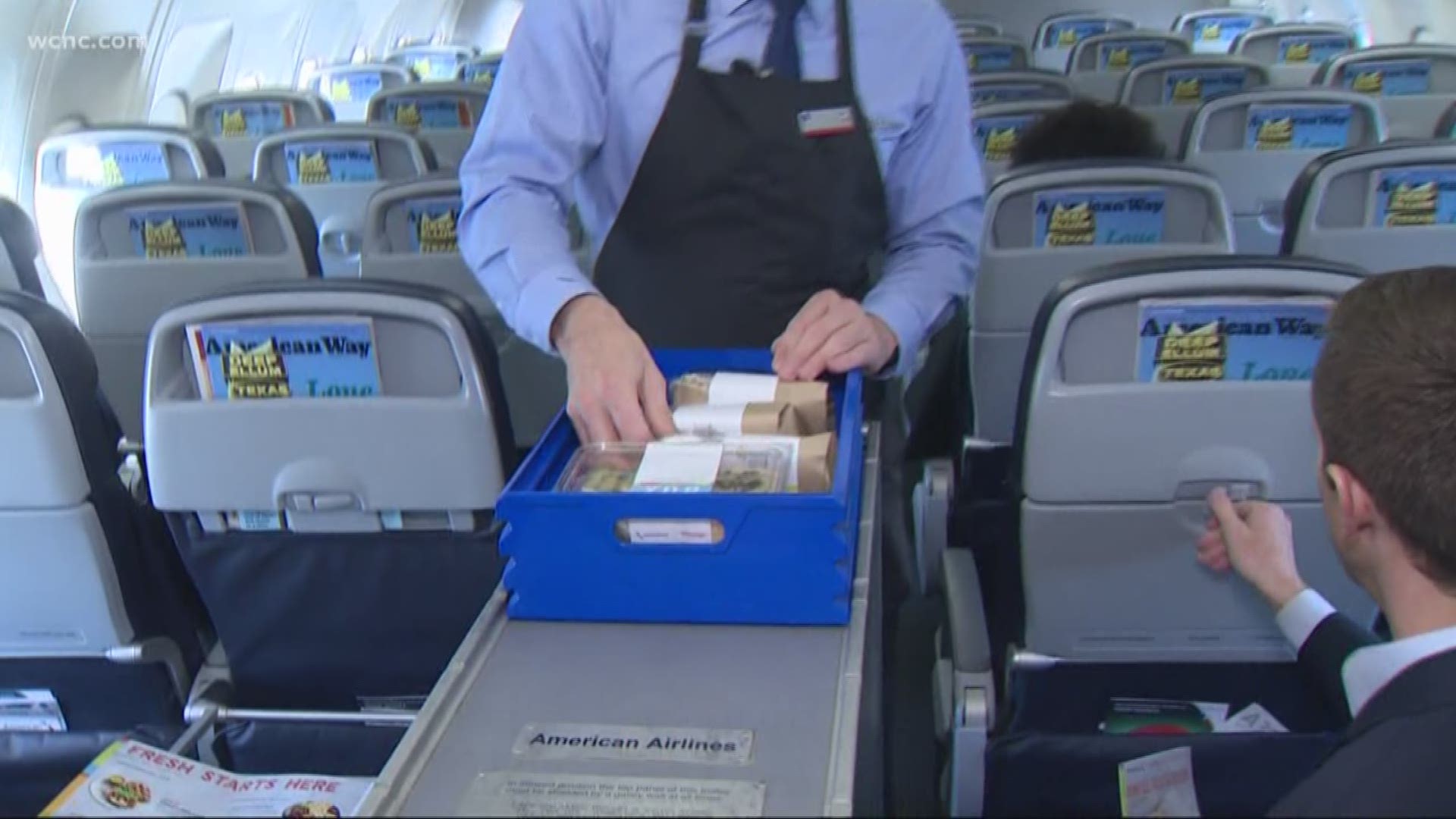 CHARLOTTE, N.C. — Thousands of airline food workers nationwide are preparing to go on strike, and hundreds of them are in Charlotte.

The workers say they can barely get by on the low wages they're paid while airline companies bring in billions of dollars.

When airline food workers in London went on strike, hundreds of flights had to be canceled or delayed, and many others didn't have any food or drinks on board.

Flying out of Charlotte could hit some turbulence as hundreds of people who prep food for flights consider a strike.

"I don't want to. But the extreme has to be met with the extreme,” says Bobby Kirkpatrick, a member of Unite Here Local 23.

Kirkpatrick and his co-workers prepare meals, load drink carts, do security checks and put everything on the planes. He says many of them have second jobs.

"My salary impacts my life in every aspect of my life," he said. "If I go to the mailbox, I know there's a bill."

LSG Sky Chefs and the worker's union have been in contract negotiations since October of last year.

A spokesperson for the company released this statement:

“Our company values the hard work and dedication of our team members. Wages, as well as other benefits, including vacations, uniforms, and company provided meals, as well as health and welfare, are subject to the collective bargaining process between our company and their union representatives. We are currently in negotiations regarding our Collective Bargaining Agreement with the Union, and we are continuing to negotiate in good faith.

It is important to note that our industry is governed by the national Railroad Labor Act which prohibits employees from legally striking without a formal release from the National Mediation Board (NMB). At the present time, we have no confirmation of a formal request to the NMB for a release.”

A national spokesperson for the union, Adam Yalowitz, says they plan to submit a formal request for release in the coming weeks. He adds that among hub airports, Charlotte food workers are paid the lowest wages.

“We have options," Kirkpatrick said. "We can always go somewhere but when you're loyal to a job, they should be loyal to you."

Josh Freed, an American Airlines representative, says Charlotte Douglas is one of the company's most profitable hubs. He says they don’t expect there to be an impact on customers or flights, and they are continuing to monitor the situation.

Union members will vote on whether or not to authorize a strike in the next few weeks.

Puppies in Charlotte looking for their fur-ever homes