Family says vacation condo they rented had "wet beds". What do you do next?

It's a great idea to have a plan when you go on vacation because sometimes, the rental isn't up to par. These can be unwelcomed surprises. 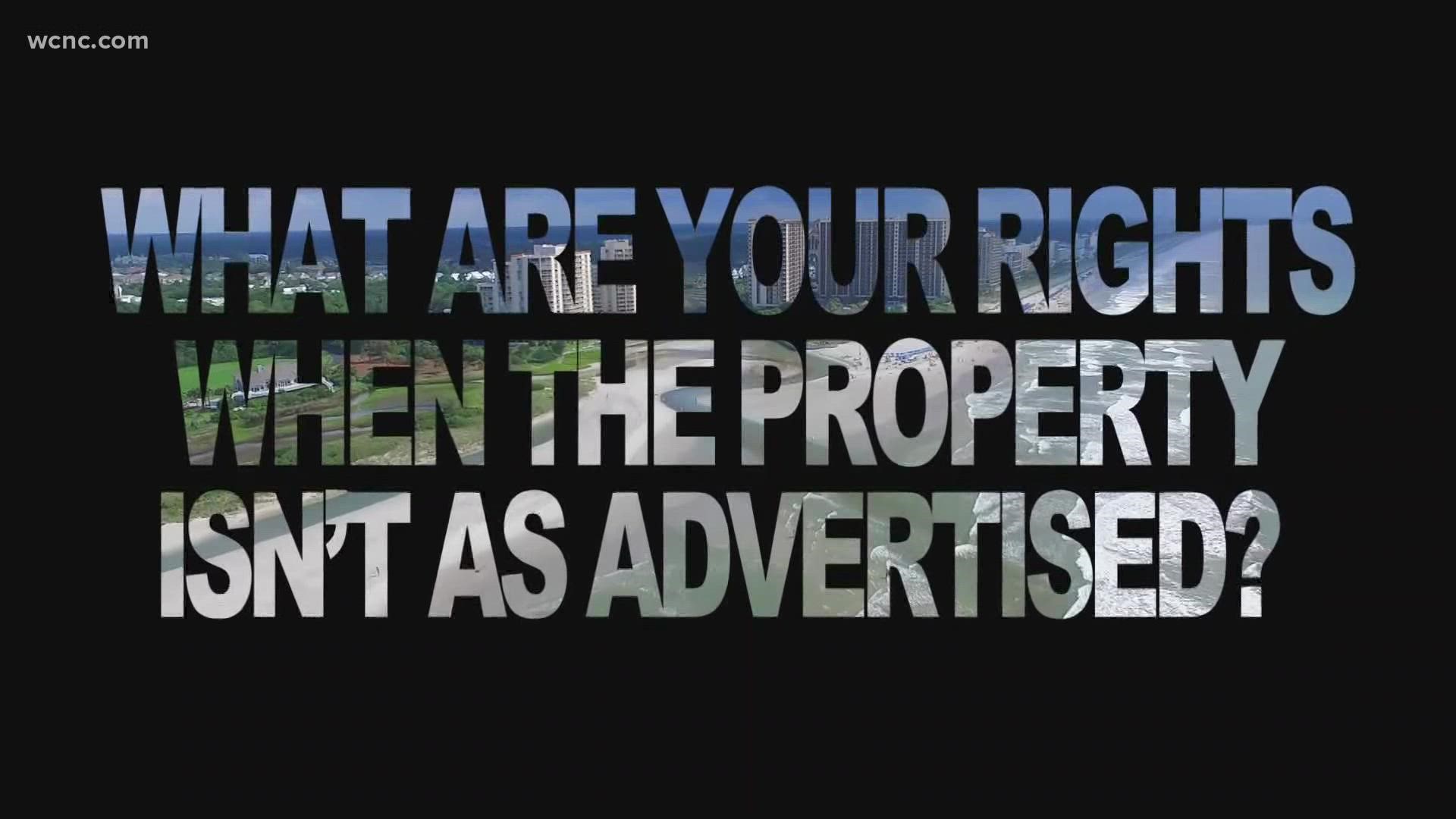 CHARLOTTE, N.C. — A Fort Mill, SC family is grateful the WCNC Consumer unit here was able to help with a vacation headache.

What do you do when you show up and that condo or house doesn’t look like the photos in the listing you saw on the internet? What options do you have other than asking “where’s the money?”

Going to the beach should be relaxing, that’s the whole in going for most people. But, sometimes, it’s not, because promises and guarantees aren’t always up to par.

“We felt sand on the floor and could hear it crunching under our feet,” said Tina Bell. Bell and her family booked a quick stay in North Myrtle Beach using Evolve. The Bells were celebrating her daughter’s recent graduation and for once, it was nice to all be together, until they walked in the door of the condo they rented and took a good look around.

“The sheets hadn’t been changed on the beds, they were full of crumbs, one bed was wet, there were dirty towels stuffed in the vanities in the bathrooms and the fridge full of food that was left, and the countertops and dining table were covered with food and they were sticky,” said Bell.

The photos seen on the listing looked great.  What’s not to like? Beachfront, big and spacious, and it certainly looked clean. So, what happened? As it turns out, the cleaning company told Bell, they weren’t notified the unit was rented, so it wasn’t cleaned. The cleaning cost was refunded, Bell and the family had to clean the unit themselves and even buy the supplies to do it.

So, what are your rights when the property isn’t what’s advertised? And is there a good tip on how to book? Tom Bartholomy with the Charlotte Better Business Bureau has seen his fair share of complaints like this. Bartholomy suggests booking through larger reputable sites.

“By using one of those services, you get an added layer of protection, you can always fall back on them. And, it’s always good to pay with a credit card if there is a dispute” added Bartholomy.

WCNC’S Consumer Investigator, Bill McGinty, is also no stranger to these types of complaints. He advises documenting with photos and video, gives a short walking tour of the problems, and keeps all the emails and text messages, that’s the proof to argue a position later. Be nice but firm. Escalate until you get a decision-maker on the phone.  Bell said Evolve offered her a small credit toward another visit. But honestly, while it was a step in the right direction, Bell said it wasn’t good enough considering the stated promise on their website that “if the home isn’t up to standards, they’ll make it right”.

WCNC’s Bill McGinty reached out to the company, and within 24 hours, Bell had good news, she was refunded the *entire cost of the stay, $3,178 dollars.

Evolve later telling McGinty in a statement, “We appreciate the opportunity to make this right”…and we hope to host them again in the future.”

McGinty added, “this can happen to anyone, and it happened to me in 2012. The photos of the house we booked looked great, not so much when we got there. Exposed wiring, it was dirty, and the deck was roped off because it was rotted and unsafe.  I took all the photos and ended up with a 50% refund.”

“The personal take away from that experience? When I book now, I ask if the photos of the property I am looking at online are recent photos and I ask if they represent the current level of cleanliness. Just in asking that, I have avoided a few landmines” McGinty said.