People around the world watched with wonder as the future possibilities of space tourism soared into the sky. 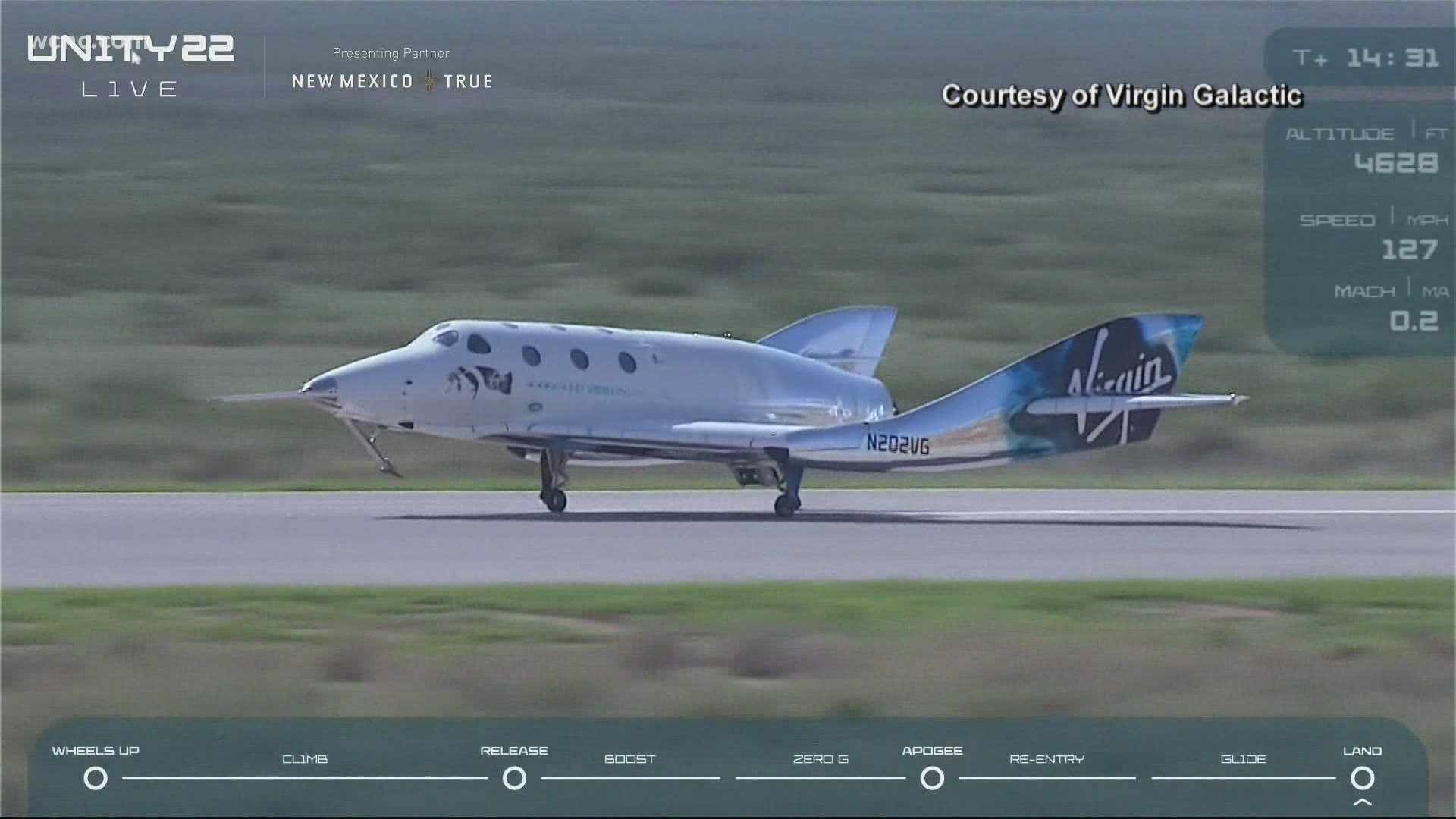 British billionaire Richard Branson and five crewmates soared into space onboard his own Virgin Galactic spaceship.

The spaceship climbed 53 miles over the New Mexico desert, experienced a few minutes of weightlessness, and then glided to a safe landing.

Branson is the first person to blast off in his own spaceship, beating fellow billionaire Jeff Bezos, who plans to do so later this month.

People around the world watched the video stream with wonder. Stephen Saucier, president of Carolinas Aviation Museum, was among those watching online.

“I’m glued to my computer right now looking at as much film and reading articles and trying to understand it,” Saucier said, “and putting it into context really as to what it means as far as the innovation and progression toward commercial space tourism.”

Carolinas Aviation Museum celebrates the history of achievements in flight, but it’s also looking to the future.

Its new mission is to celebrate the impact of innovation. The museum is currently closed to the public as it develops a new state-of-the-art location in Charlotte with plans to re-open in 2023. According to its website, it is creating a STEM education and innovation center where futures can take flight.

RELATED: 'I knew I had to say goodbye' | Miracle on the Hudson passengers reflect as Carolinas Aviation Museum closes

Saucier said he hopes space flights like the one Sunday inspire more students to learn.

"There is a sort of a renaissance going on, a new explosion of flight and this creates such possibility,” Saucier added.

Virgin Galactic’s spaceship made it safely back to the ground but left curiosity lingering up high as to what’s next in the sky and beyond.

"I was just really happy to see the achievement,” Saucier said, “and more importantly that achievement turning into a demonstration of what's possible for our kids to dream about their future."