Non-essential flying allows in Mecklenburg County, but is it safe? 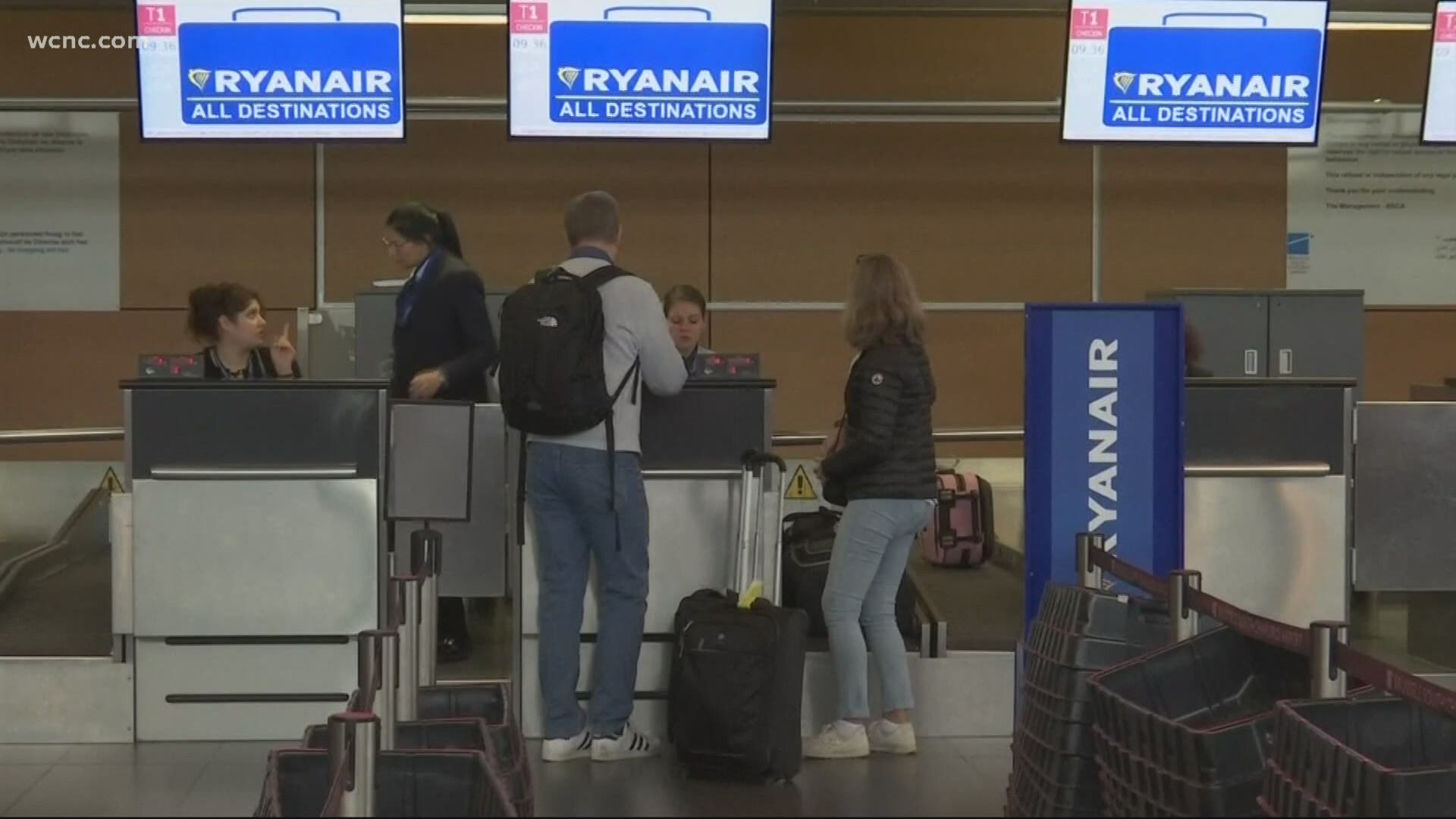 CHARLOTTE, N.C. — The outbreak is costing airlines billions of dollars in lost revenue. Americans are wondering if it's safe to fly.

Eager for cash flow, flights are showing some very tempting deals, travel down by 95 percent.

"Passenger volumes have declined to levels that we have not seen since the 1950s," said Airline Lobbying CEO, Nick Cailo.

Because of that, fares on good deals, down 30 percent on average from a year ago.

29 percent to 34 percent cheaper throughout the summer.

Even winter holiday fares already down 22 percent, these numbers according to Hooper.

"We are living in the golden age of cheap flights its never been cheaper to travel as it is today," said Scott Keyes Founder of Scott's Cheap Flights.

"We saw trips to Puerto Rico round trip for 23 dollars, during Christmas and news years," Keyes said.

Since the pandemic started, Keyes says they've seen a spike in mistake fares, where an airline accidentally sells a ticket for less than they meant to.

"The reason why is because airlines have been doing major surgery on their schedules." Keyes said. "when you're making these changes, mistakes are going to happen."

But before you buy any tickets, experts say to make sure your airline will waive change fees if you decided not to fly.

"I can lock in the cheap fares now, and decide later on if it's safe to travel, if not I can extend the dates and travel another time," Keyes said.

But with cheap flights now, experts say prices will go up.

According to the TSA, 190,863 passengers went through checkpoints just yesterday. It's the highest volume since March 27th.

And just last week, Erin Strine on a packed plane from New York to Charlotte.

"It was the first time that I felt truly unsafe during this pandemic," Erin Strine said.

It's all in an effort to reassure passengers it's safe to fly.

But with fewer seats for sale, the global airline industry warns it could all push airfares higher by 54 percent worldwide.

"We could see higher prices if airlines are required to or it turns out they end up flying with significantly lower capacity than they formerly did," Hayley Berg, Hooper.com said.

U.S. Airlines have no parked 50 percent of their fleets, that's around 3,000 airplanes.

The industry making some big cuts.

"We are gonna have to make some decisions to reduce the size of our airline and reduce the costs that we're paying," United Airlines, Josh Earnest, said.

Jet blue already requiring passengers to wear face masks, American Airlines will also start requiring masks starting Monday. Talks about this are in the works with other airlines. 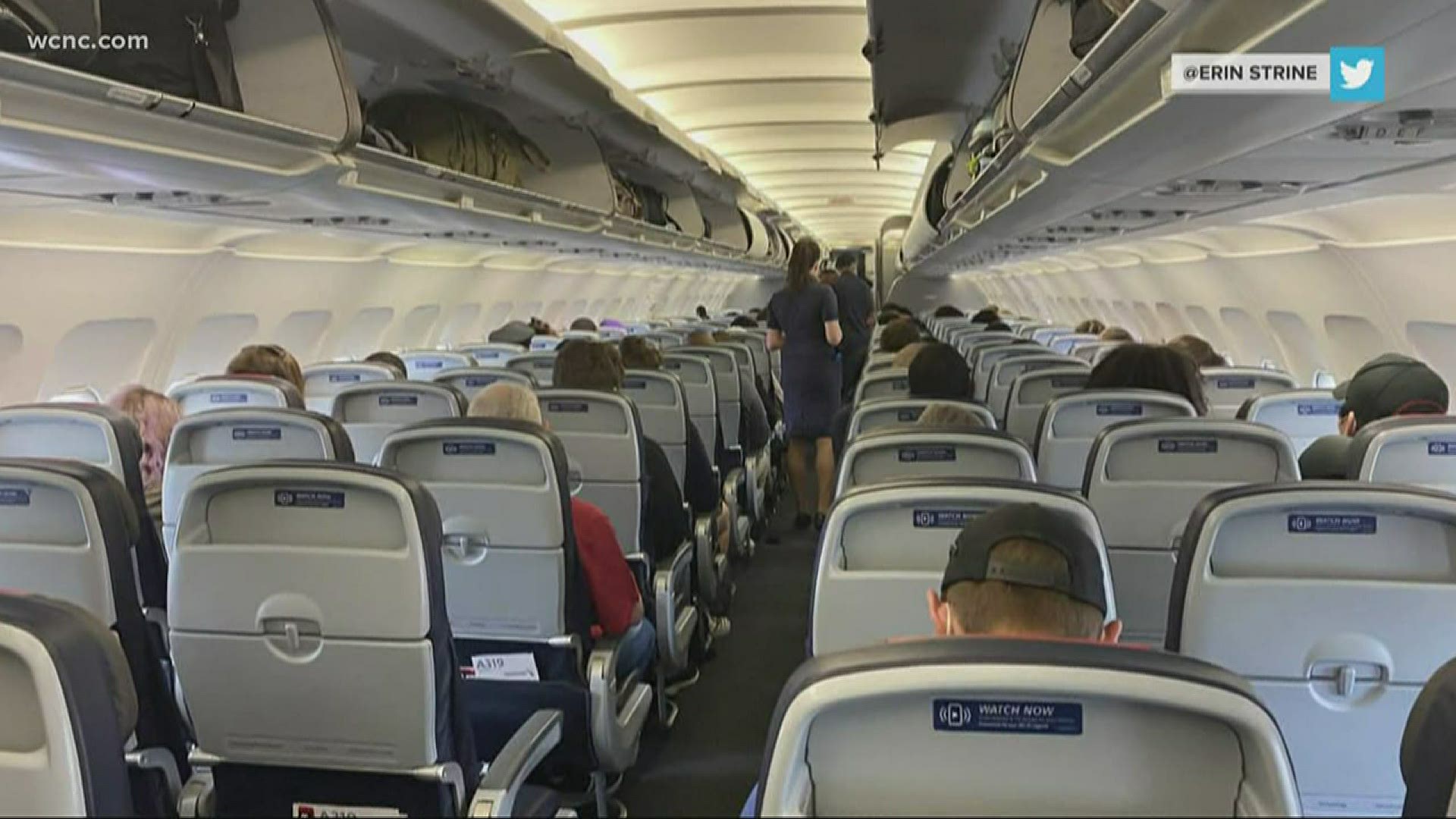 Amid pandemic, uninsured patients benefiting from emergence of telemedicine

After recovering from coronavirus, Charlotte woman donates plasma hoping her antibodies will help others

All South Carolina restaurants can reopen for in-store dining Monday