Even though Thanksgiving is still a week away, both the airport and the highways will start to see an uptick in traffic on Thursday. 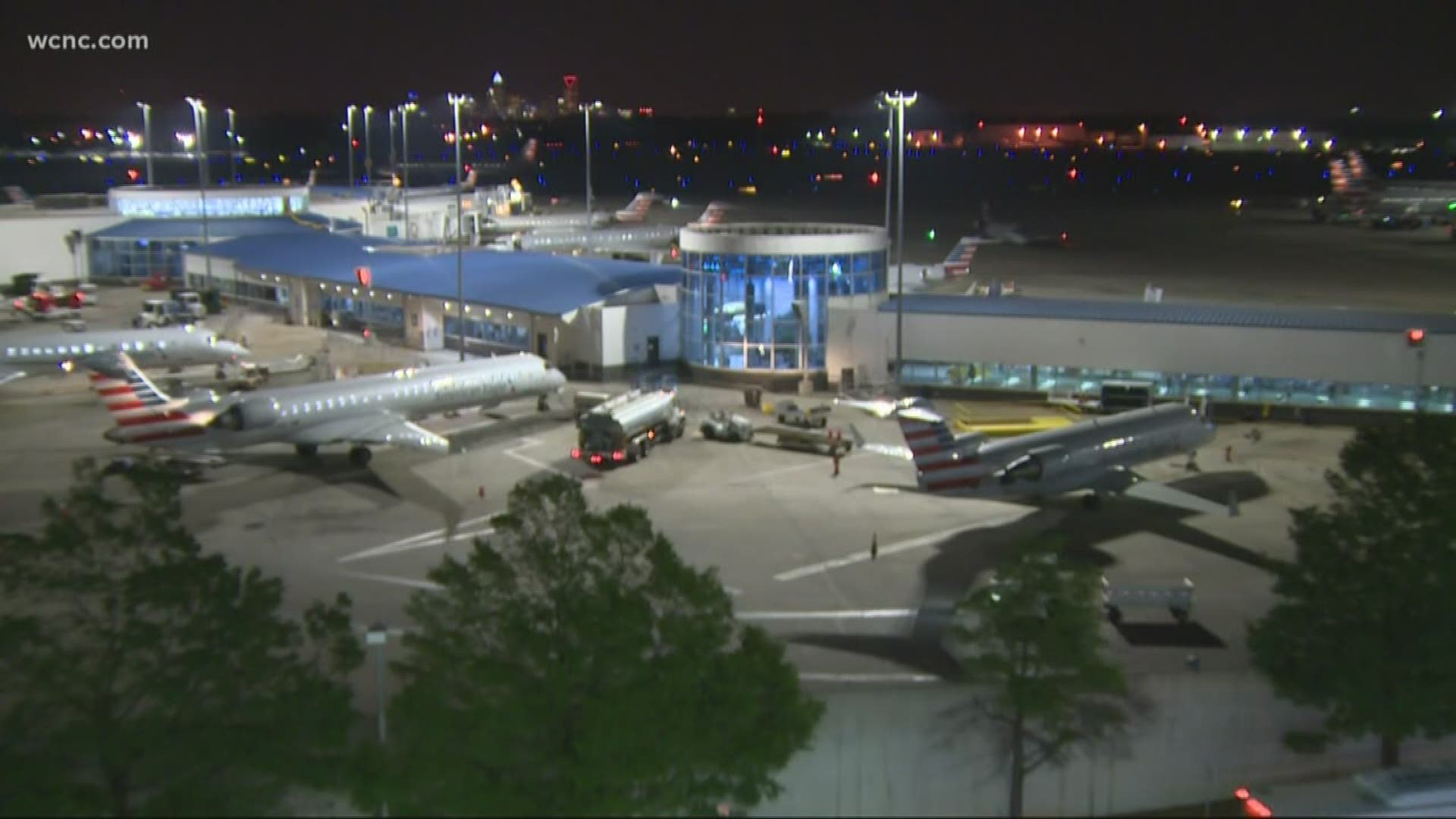 CHARLOTTE, N.C. — Charlotte Douglas International Airport is gearing up for one of the busiest travel stretches of the entire year.

Even though Thanksgiving is still a week away, both the airport and the highways will start to see an uptick in traffic on Thursday.

“We will have a very high demand,” Charlotte Douglas International Airport COO Jack Christine said. “A lot of passengers will be moving through the airport.”

At the peak, Charlotte Douglas will see 32,500 local passengers per day. Long-term parking could be full as early as Tuesday.

Officials recommend checking the airport’s website for parking availability before driving to the airport.

If you’re unsure what you can bring on a flight, go to TSA.gov. The website has a search bar you can use to type in an item and learn whether or not it’s allowed on the plane.

For people hitting the road this holiday, travel could be an even bigger headache.

“It’s going to take you anywhere from two to three times longer to get to your destination, sometimes depending on where you’re going maybe even four times longer,” AAA Carolinas Traffic Safety Foundation President Tiffany Wright.

One potential variable that could make travel more difficult is the weather.

WCNC Chief Meteorologist Brad Panovich and the First Warn Storm Team are tracking a system that could arrive just in time for Wednesday before Thanksgiving.

American Airlines says it is monitoring the situation and, if necessary, they say they’ll issue the appropriate travel advisories and relax their travel policies.

“Therefore our customers can be notified ahead of time without necessarily having to come to the airport and finding out of their flight has been canceled or delayed,” American Airlines spokeswoman Crystal Byrd said.