What are your rights when any airline loses your bag?

Air travel is back and so are the passengers and headaches of air travel. Do you know what protections are in place? Fly safe, but fly informed. 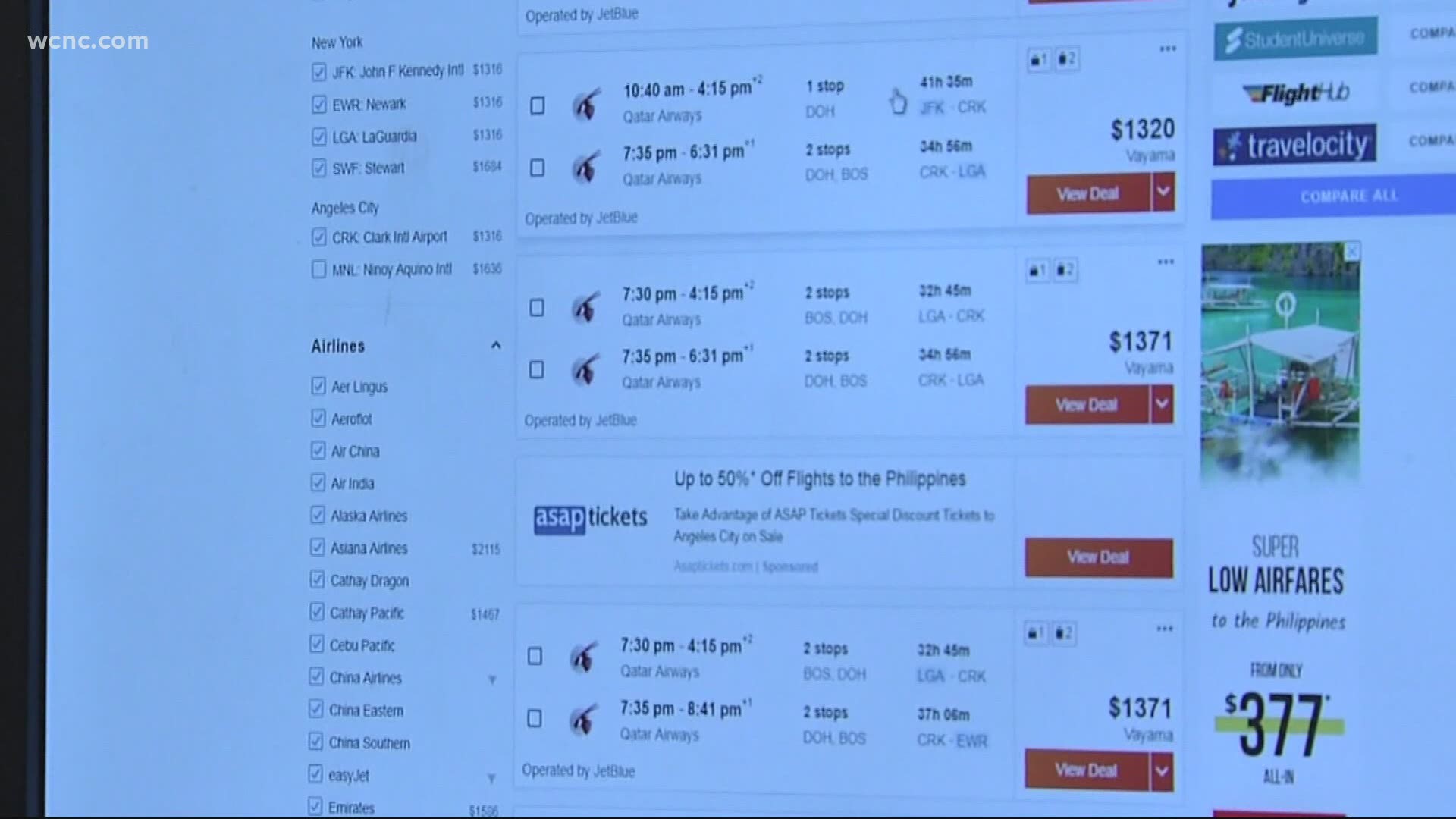 CHARLOTTE, N.C. — Travel is back this summer and planes are more crowded as vaccinated people feel much more comfortable taking vacations.

But overall, air travel is still lagging by as much as 20%. Why?

It turns out there are fewer actual planes being flown these days, according to Scott Keys with Scott's Cheap Flights. Air travel and monitoring the latest trends are what his business is all about.

"The airlines aren't flying quite as many planes as they had been before the pandemic," Keys said. "So we're seeing that planes are just about as full as they were, say in 2019, so expect that your next flight is going to be pretty full."

As for handling your bags, Keys said they get good marks, better than in decades past. But still, there is plenty you need to know before that bag gets checked for a fee.

When you buy your ticket, read the terms and conditions. Most airlines have exclusions of coverage for things like cash packed in a bag, jewelry, or fragile valuables and heirlooms. So don’t pack that stuff thinking you’re insured if they lose it or break it. The same goes for most electronics. It’s a good idea to snap a few photos of what’s there to prove your claim.

Many credit cards now offer more protection, just as long as you buy an airline ticket with that card. Pack smart, travel smart and read that carriage contract, something most of us never do.

RELATED: 'Disturbances happening at 35,000 feet' | FAA reports major uptick in unruly passengers since the start of 2021

"Airlines don't guarantee their schedules, and you should realize this when planning your trip. There are many things that can, and often do, make it impossible for flights to arrive on time," Keys said. "Some of these problems, like bad weather, air traffic delays, and mechanical issues, are hard to predict and often beyond the airlines' control."

(It is sometimes easier to make such arrangements by phone than at a ticket counter.)

If you find a flight on another airline, ask the first airline if it will endorse your ticket to the new carrier; this could save you a fare collection. Remember, however, that there is no rule requiring them to do this.

RELATED: Traveling soon? Try these credit cards that give you something back.

If your flight is canceled, most airlines will rebook you on their first flight to your destination on which space is available, at no additional charge. If this involves a significant delay, find out if another carrier has space and ask the first airline if they will endorse your ticket to the other carrier. Finding extra seats may be difficult, however, especially over holidays and other peak travel times.

Each airline has its own policies about what it will do for delayed passengers waiting at the airport; there are no federal requirements. If you are delayed, ask the airline staff if it will pay for meals or a phone call.

Some airlines, often those charging very low fares, do not provide any amenities to stranded passengers. Others may not offer amenities if the delay is caused by bad weather or something else beyond the airline's control.

Contrary to popular belief, for domestic itineraries, airlines are not required to compensate passengers whose flights are delayed or canceled. As discussed in the chapter on overbooking, compensation is required by law on domestic trips only when you are "bumped" from a flight that is oversold.

On international itineraries, passengers may be able to recover reimbursement under Article 19 of the Montreal Convention for expenses resulting from a delayed or canceled flight by filing a claim with the airline. If the claim is denied, you may pursue the matter in court if you believe that the carrier did not take all measures that could reasonably be required to avoid the damages caused by the delay.

If the purpose of your trip is to close a potentially lucrative business deal, give a speech or lecture, attend a family function, or connect to a cruise, you might want to allow a little extra leeway and take an earlier flight. In other words, airline delays aren't unusual, and defensive planning is a good idea when time is your most important consideration" according to the Department of Transportation. 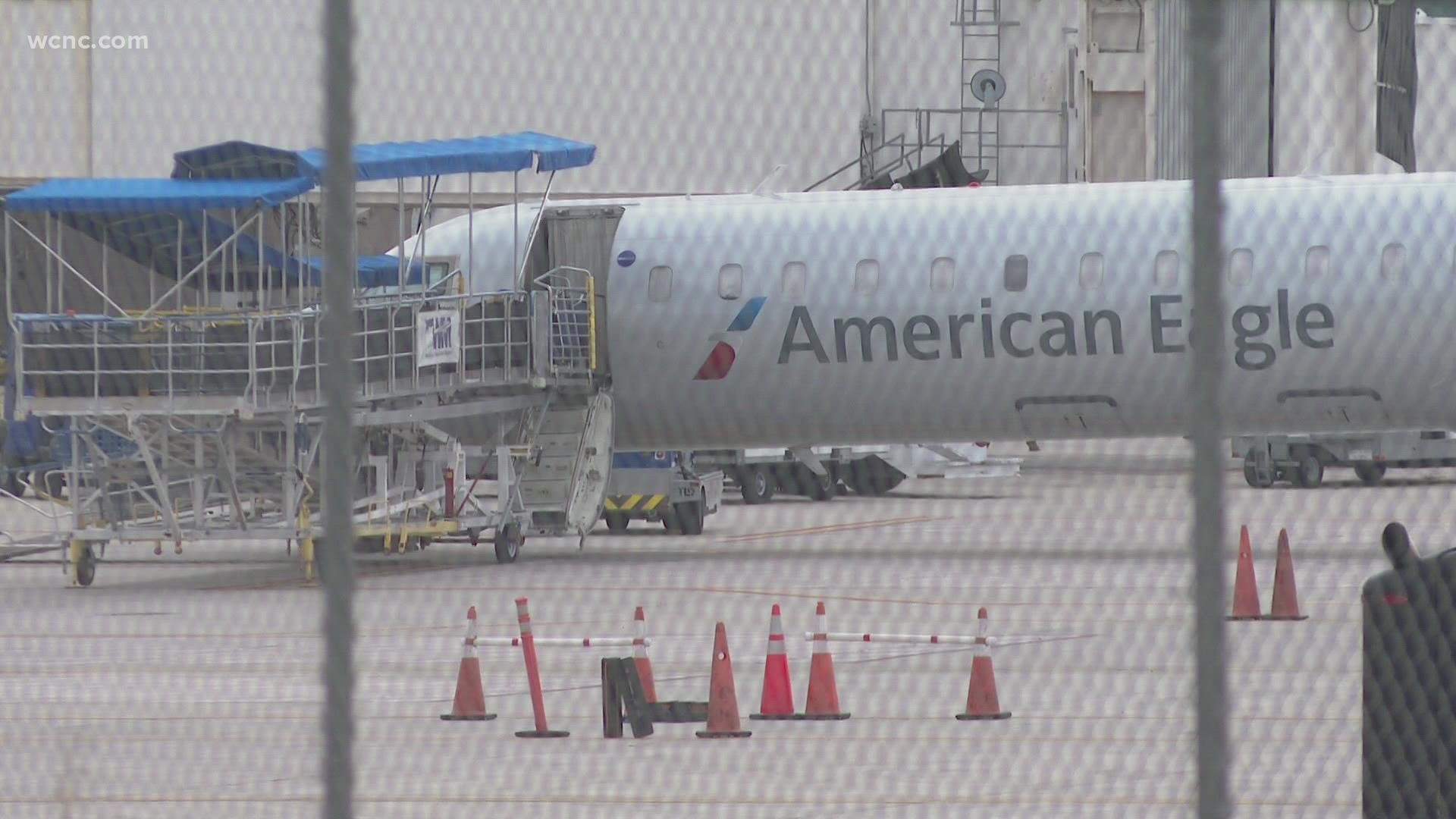